“I’ve been longing to do something like this,” Joel Kinnaman confesses of his experience starring in The Secrets We Keep, an uncomfortable revenge thriller set in the American suburbs after World War II. “Something where it’s all about the performance and something very tight. I’ve been longing to go back to the stage, so this was similar. It was very important for me, artistically, to have this experience. It was one of my deepest experiences, if not the deepest.”

The actor, who recently wrapped production on the second season of Apple TV+ series For All Mankind, which will premiere in early 2021, was wrangled into the part by his co-star Noomi Rapace, whom Kinnaman has known since their days together in high school in Stockholm. The pair came up together in the Swedish theater scene and appeared together in the 2015 thriller Child 44. Both hoped they might partner up again.

“We had this shared artistic heritage, in a way, but then we both had transitioned [to the States],” Kinnaman tells Observer. “We were looking for something to do together. Noomi is really determined about these things—she’s really great about making things happen. At the time we had the same manager and he found this script, and we both loved it. We both felt it really needed something—it needed quite a bit of a work—but the core of it was great.”

Rapace tapped director Yuval Adler, who reworked the script and made it into something more complex. The result is The Secrets We Keep. The story remains set in the post-World War II era, following a Romanian woman (Rapace) who kidnaps her neighbor (Kinnaman) believing him to be a man who committed war crimes against her back in Europe. It’s specifically a period piece, but Kinnaman feels that Adler was able to make it also feel more of our present time, allowing it to touch on issues of the Me Too era.

When you’re tied down and being abused for hours on end, day after day—that’s a lot. And it was important for Yuval [Adler, the director], and for me too, that the ropes were tied so tight. I was bleeding from my hands from the ropes. I got cuts in the corners of my mouth because the gag was bound so tight.

“It became an entry into the discussion of what our society has been going through the last few years,” Kinnaman notes. “That was really interesting. It deals with someone who has been a victim of assault, and it shows that not getting resolution and answers makes it very hard to move on. It deals with all of those themes and as a society we’re going through a reckoning with those themes, but it’s something that has been a part of humanity for as long as it’s been documented. It’s something inherently human.”

Going in, Kinnaman was aware that the story would require a lot of him as an actor. His character, who may or may not be a former Nazi hiding in the suburbs after committing atrocities, spends much of the film tied up, gagged and tortured by Rapace’s character as well as her by her reluctant husband (Chris Messina). The repeated days of filming during the one-month production last year took a toll on Kinnaman.

“I was dreading it, for sure,” he says. “But I did not expect to get as affected as I did. That crept up on me. I have a pretty sober way of looking at acting. I’m pretty good at switching it on and off. Sometimes I find characters or sequences where I concentrate for a few days in the method acting sort of way, but I don’t stay in that for an entirety of a shoot. But when you’re tied down and being abused for hours on end, day after day—that’s a lot. And it was important for Yuval, and for me too, that the ropes were tied so tight. I was bleeding from my hands from the ropes. I got cuts in the corners of my mouth because the gag was bound so tight. He was always making sure that his BDSM credentials should never be questioned.”

On Rick Flag: We’re not really going to worry so much about what the character’s logic was in the first [Suicide Squad] film.

He adds: “Even though your mind knows ‘This is a job, we’re telling a story, it’s not real,’ your body doesn’t understand that. So my body was still getting traumatized. The whole shoot I was just filled with rage. It was a surprisingly tough shoot.”

Thankfully, Kinnaman caught an emotional break after production wrapped when he moved on film James Gunn’s The Suicide Squad in the fall of 2019. While the actor is reprising his role as the squad’s military leader Rick Flag, the movie isn’t really a sequel to 2016’s Suicide Squad, an overly serious take on the story. This version is a re-envisioning of the film and the characters with a much more comedic slant.

“It was so much fun,” Kinnaman says. “Me and James went at it ‘We’re not really going to worry so much about what the character’s logic was in the first film. We’re just going to go have fun with this new version.’ I felt like I did my first comedy with The Suicide Squad. The script is really funny—every page made me laugh—and there’s some really funny people in this cast. John Cena, that guy’s a comedy genius.”

He’s also happy he got the chance to work with a “remarkable director” in Gunn. “In this space no one comes close to him,” Kinnaman says. “He has such creative certainty, both when it comes to this kind of world but also with his comedic instincts. He knows exactly how it’s supposed to sound, so that’s why sometimes you do 12 takes and sometimes you do one. You feel so assured that he gets what he wants. It was a great experience.” 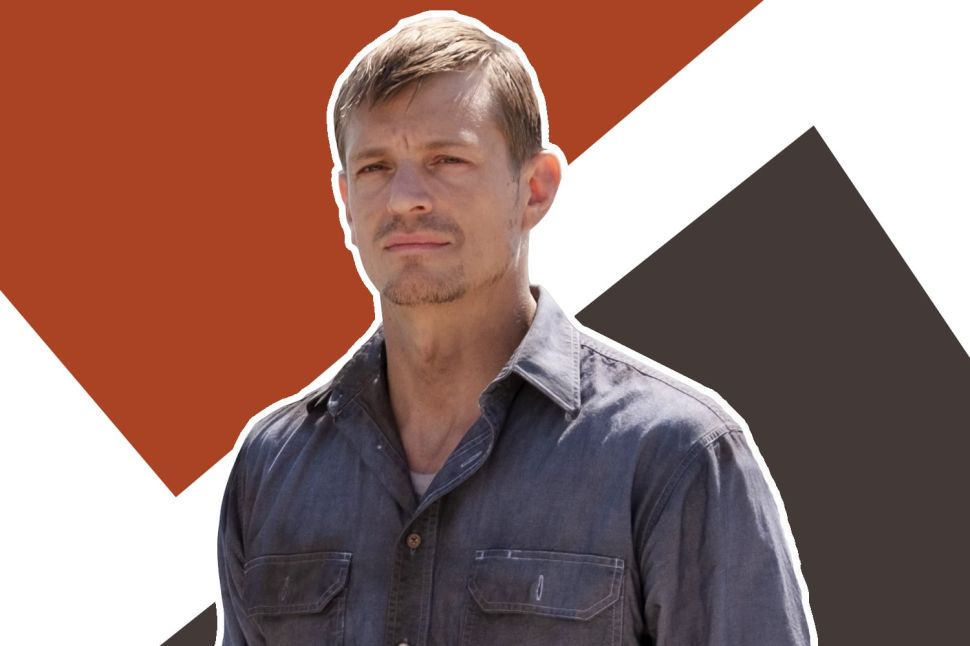