Artists of many different mediums have always loved to play with the concepts of time and duration, and legendary composer and conceptualist John Cage is no different. On September 5, 2001, one of the composer’s final projects was launched to the world: the slowest concert ever composed. Organ2/ASLSP (As Slow as Possible) is a musical piece by Cage that was originally conceived in 1987 and which is expected to take 639 years to be completed, meaning that if things proceed on schedule, the performance will come to an end in 2640. Over the weekend, on Saturday, spectators gathered in Halberstadt, Germany’s St. Burchardi Church to bear witness to the first sonic change in Cage’s composition to take place in seven years.

Specifically, since 2013, an organ in the aforementioned church has been playing the same note in Cage’s composition. In order for the organ’s notes to change, two new pipes, playing the notes g sharp and e, were added to the apparatus on Saturday in front of an audience of hundreds and captured for remote viewers in a livestream hosted by the John Cage ASLSP project which lasted a grand total of four hours.

“It is done. Since 3:09 p.m. the new sound has been filling the room in the Burchardikirche,” the organizers of the Organ/ASLSP project announced in a statement on Saturday. “In a solemn ceremony, under the direction of Rainer O. Neugebauer, with the assistance of Kay Lautenbach, the two ‘organists’ Johanna Vargas and Julian Lembke completed the refitting of the organ pipes. After the sound change is of course before the sound change. We are already looking forward to it.” This newly-created sound last will last until February 5, 2022, at which point the g sharp pipe will be removed. 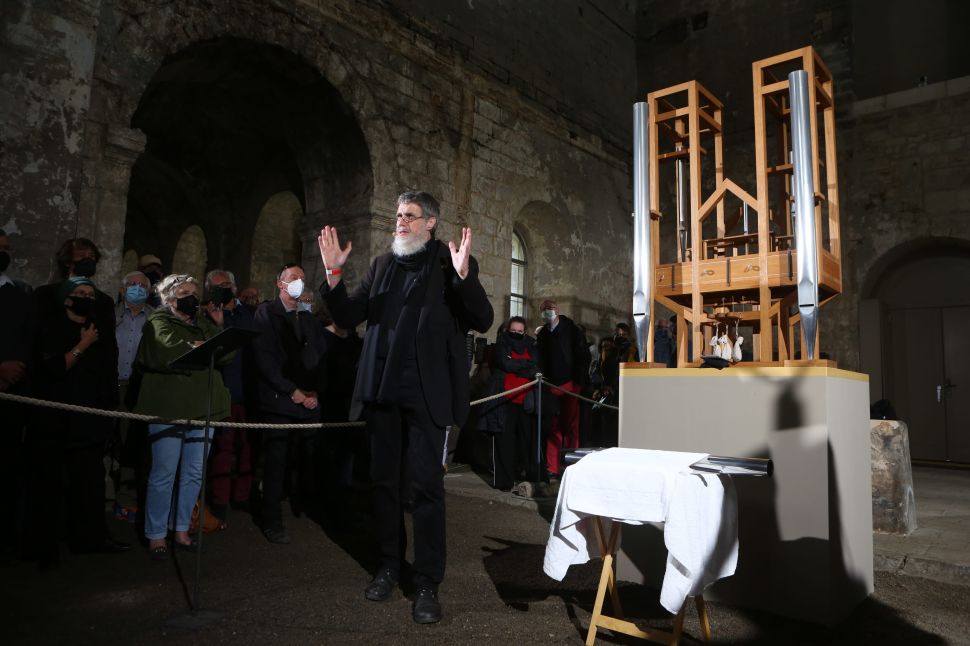