You have to hand it to the Metropolitan Opera: so far each of its Met Stars Live in Concert presentations has been markedly different from its predecessors. Just two weeks ago, rising soprano Lise Davidsen treated viewers to a cooly poised recital of mostly familiar 19th and 20th century music.

Following her this Saturday, “Yankee Diva” mezzo Joyce DiDonato transformed her 90-minute gig into a splendid showcase of her nontraditional musical tastes ranging from spellbinding 17th century Italian opera to an urgent world premiere composed in the past few months by an African American former prisoner.

Dubbed “I Dream a World” after a poem by Langston Hughes, DiDonato’s concert—due to unforeseen circumstances—took place in the Jahrunderthalle, a converted industrial pavilion in Bochum built at the turn of the 20th century. As Met General Manager Peter Gelb explained to hostess Christine Goerke at the start of the stream, Barcelona, the initial site, was recently deemed untenable due to a coronavirus spike, as was Antwerp, the next proposed locale. Swift negotiations made it possible to relocate to the Ruhr region of Germany.

A round raised platform in the center of the Jahrunderthalle’s enormous open space became DiDonato’s performing space, a startlingly different set-up from the Davidsen, Jonas Kaufmann and Renée Fleming concerts which had traditionally placed the singer right next to the piano. Carrie-Ann Matheson, the mezzo’s pianist, was situated on the hall’s floor to one side of the stage, while seven-members of the period-instrument ensemble Il Pomo d’Oro took their places on the opposite side. Surrounded by seven starkly-lit “earth spheres,” artworks created by Bosco Sodi, DiDonato, barefoot and clad in a sheer black top and loose pants, freely moved about her “opera” stage, gravitating toward whichever musicians were partnering her at the time.

The striking juxtaposition of the three numbers in the concert’s first section showed the fearless DiDonato at her most commanding. No easy-to-digest, lightweight opening set for her: she launched into the banished empress Ottavia’s bitter farewell “Addio Roma” from Monteverdi’s final masterpiece L’Incoronazione di Poppea accompanied by a spare continuo contingent from Pomo d”Oro. This jagged, charged recitative from opera-s earliest years was legions away from the “alluring and acrobatic arias” promised in the program’s description from the Met.

With scarcely a pause for breath, she and Matheson leapt forward two centuries for Didon’s epic monologue from the final act of Berlioz’s Les Troyens. In it, the betrayed Trojan queen rages at Énée’s perfidy but gradually resolves to end her life. DiDonato, in a role one might have thought too heavy for her, bracingly embodied Didon’s mercurial moods in a fiercely physical performance that included one moment where, kneeling, she pounded the floor in helpless fury.

The heartbreak of Berlioz’s “Je vais mourir” gave way to the otherworldly resignation of “Ich bin der Welt abhanden gekommen,” one of Mahler’s sublime Rückert-Lieder. One does not normally associate DiDonato with this repertoire but she, crouching by one of the spheres, spun out the song’s aching lines with a hushed haunting simplicity. After this demanding powerhouse triple-play, she had earned a break.

If the afternoon’s remaining two parts didn’t scale the same harrowing heights, there were many rewards all showing DiDonato in her freshest voice in ages. The second portion opened quietly with a ravishingly simple a capella “Oh Shenendoah” followed by baroque collaborations with Pomo d’Oro: more Monteverdi and, moving into the 18th century, two contrasting selections by Handel. Despite DiDonato’s status as a sterling Handelian, neither Irene’s air from the oratorio Theodora nor her trademark bravura showpiece Ariodante’s “Dopo notte” showed her at her best, despite some dazzling bursts of coloratura in the latter. The ornaments for each piece’s third section—expected additions for a da capo aria—came across ineffectively despite the spirited playing of Pomo d’Oro, the first time the Met has featured period instrumentalists other than a few times when the odd theorbist sneaked into Lincoln Center.

During a break, DiDonato introduced Sister Helen Prejean, author of Dead Man Walking, an acclaimed work about capital punishment that has been turned into both a film and an opera by Jake Heggie and Kenyatta Hughes, composer of the program’s world premiere. The mezzo has frequently sung the role of Sister Helen and eventually became involved in a music program at Sing Sing prison where she first met Hughes, who has since been released. If his setting of Langston Hughes’ “I Dream a World” lacked the words’ transcendent power, its potent presence in the concert was well served by DiDonato’s intensity and the eloquent obbligato played by Ludovic Minasi, who had exchanged his baroque cello for a modern one.

A perky “Voi che sapete,” a souvenir of her Met debut 15 years ago as Cherubino, and an alluring “La Vie en rose” stood out during the final “act” whereas the concluding well-intentioned “You’ll Never Walk Alone” from Carousel misfired due to a prosaic arrangement, which by attempting to avoid mawkishness ended up being just weak tea.

Acutely communicative across five languages, DiDonato conjured an enthralling theatrical experience in which the intended connections between pieces were sometimes tenuous but the overall effect was overwhelming. The Met plans to leave it available for viewing until September 25. The next concert by Sondra Radvanovsky and Piotr Beczala originally scheduled for September 26 has been postponed due to COVID-19 interference so Anna Netrebko in Vienna will be the next Met Stars Live in Concert on October 10. 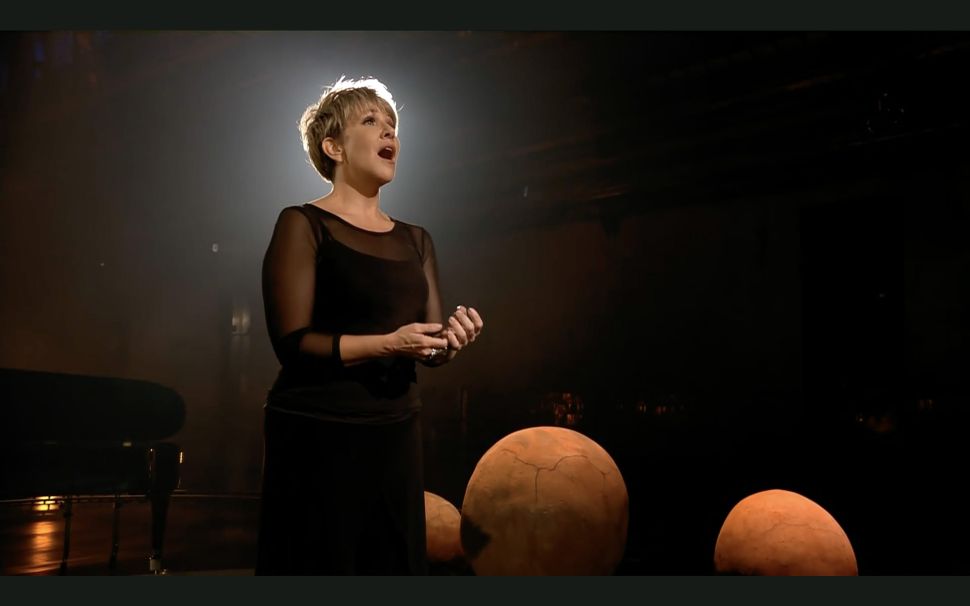