Kanye West is having a rather active day on Twitter, but that in and of itself is nothing new for the polarizing rapper and newly-hatched political firebrand. Everybody knows that the bombastic West is known for his lavish homes and extremist design sense, but he offered his followers a bit more insight into his tastes on Wednesday by tweeting pictures of his minimalist beige Los Angeles home and some of the furniture inside. “ONLY MUSEUM QUALITY BOYS,” he said first, indicating the hyper-bland aesthetic of one of his home’s entryways. However, in one of his more interesting tweets, West pointed followers directly to the designer of some of his furniture: French visionary Jean Royère.

I honestly need all my Royeres to be museum quality… if I see a fake Royere Ima have to Rick James your couch pic.twitter.com/w9Ri1kLFY3

The type of Royère couch that West is in possession of appears to be an “Ours Polaire,” the designer’s signature couch shape. One of these types of couches the same color as West’s sold for $754,000 at a Phillips auction in 2016, nearly doubling its high estimate of $400,000. Others have recently sold for between $429,000 and $487,500 for white and red versions respectively.

Born in 1902, Royère helped to define the concept of 20th century modernism with some extremely influential design commissions: he was charged with creating the new layout of the Brasserie Carlton on the Champs-Élysées, as well as the interior for the Hôtel Saint-Georges in Beirut, Lebanon.

West, who is particularly drawn to wildly successful figures in the art and design world, is well-suited to be a fan of Royère. In 2014, Phillips broke the world auction record for Jean Royère by selling an “Ours Polaire” sofa and pair of armchairs for $842,500, and indeed, West told Architectural Digest that he’d made a significant sacrifice in order to acquire the unique furniture he loved so much. “I sold my Maybach to get the Royère,” West said, referring to the Benz he parted with to finance the couch. “People told me I was crazy for what I paid for it, but I had to have it.” 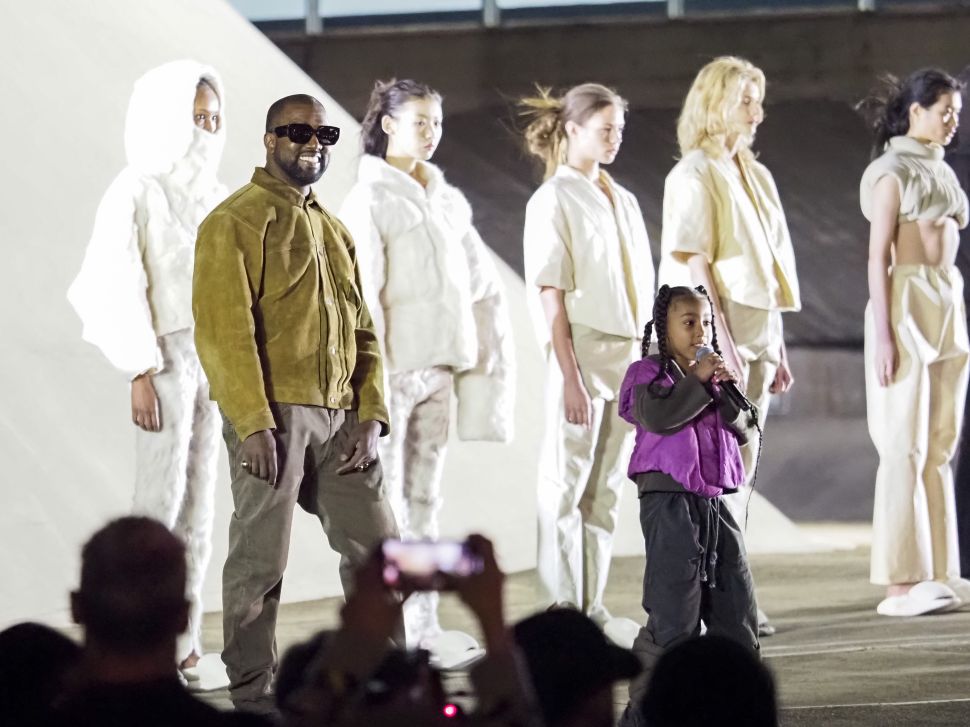