Tonight was supposed to be one of the absolute highlights of the 2020-2021 musical season in New York: the Metropolitan Opera was to open with a gala new production of Verdi’s Aida featuring soprano Anna Netrebko in the title role. But those plans were made before COVID.

The Met’s opening is now pushed back to December 31, when the company promises a concert of some sort. And diva Netrebko is nowhere near New York: earlier this month she was hospitalized for COVID-related pneumonia.

In these dire circumstances, even the most optimistic operagoer can feel diffident about considering future plans, so there’s a natural tendency to retreat into opera’s storied past. Fortunately, a new audio release from the Met Opera Shop this week offers a lavish bounty of operatic comfort food.

Leontyne Price at the Met, a two-disc compilation, features 34 live tracks of the great American soprano spanning her career with the company, from her debut in 1961 through her farewell in 1985. Though the emphasis is on the Verdi operas that were the foundation of Price’s repertoire, the recording also includes arias and scenes from Puccini, Mozart and Samuel Barber.

Price’s singing is of course very well represented on studio recordings: Il Trovatore, for instance, she recorded no fewer than three times. This release, though, is derived from live broadcasts, and the Met’s engineers have done a stunning job of cleaning up the sonics of archival tapes dating back to 1961.

Even the earliest selection is electrifying: from a broadcast on February 4, 1961 (just a couple of days after Price’s Met debut) we get to hear the audience’s welcoming applause for the diva even before she launches into a silky performance of “Tacea la notte placida.”

In these few minutes we are given a précis of Leontyne Price as an artist. The distinctive voice, smoky in the middle register, soars to to a vibrant, silvery top. The musicality is firm and precise, almost to the point of primness. And the tone is almost beyond description, creamy and sensuous and yet noble and chaste. It’s what a goddess sounds like.

Interestingly, the program includes examples of Price performing the same role in different parts of her career. For instance, after the early Trovatore, the disc offers a sample of the diva’s 1969 return to the role. Here the vibrato is slightly looser, the husky quality of the lower register more pronounced, and (more to the point) the phrasing more expansive and personal.

After around 1970, what we might call  the “personal” element in Price’s singing became more controversial. It seems that the voice turned a bit stiff and recalcitrant, so the singer resorted to some less than musical effects. She drove the chest voice higher, swooped in middle voice, and occasionally attacked tricky high notes in straight tone.

These workarounds are most apparent in recordings of Don Giovanni (1974) and La Forza del Destino (1977). Of course the tone is still lush, but increasingly we glimpse the gears and pulleys propelling the fabulous machine.

For purer listening pleasure, it’s best to focus on the wealth of material from the 1960s offered here: big chunks of Un Ballo in Maschera, Aida and Ernani; an absolutely luscious Tosca opposite a stentorian Franco Corelli; and selections from Samuel Barber’s Antony and Cleopatra that demonstrate how Price could wring a triumph from a night that was otherwise one of opera history’s greatest disasters.

The latest selection on the disc is already celebrated: “O patria mia” from Price’s last Aida and last Met performance in 1985. The lady deserves mad props just for the sheer guts of daring to sing as her farewell this grueling part on live television, but there’s more here than mere bravado.

It takes a bit of huffing and puffing to get there, but when Price arrives at the climax of the aria, a daunting phrase ascending to high C and then receding, she is pure magic. Arriving at the topmost note, she relaxes the tempo and invites the ravishing tone to shimmer for what seems an eternity.

Then as always, Leontyne Price was a class act. And the Met’s CD salute is a worthy tribute. 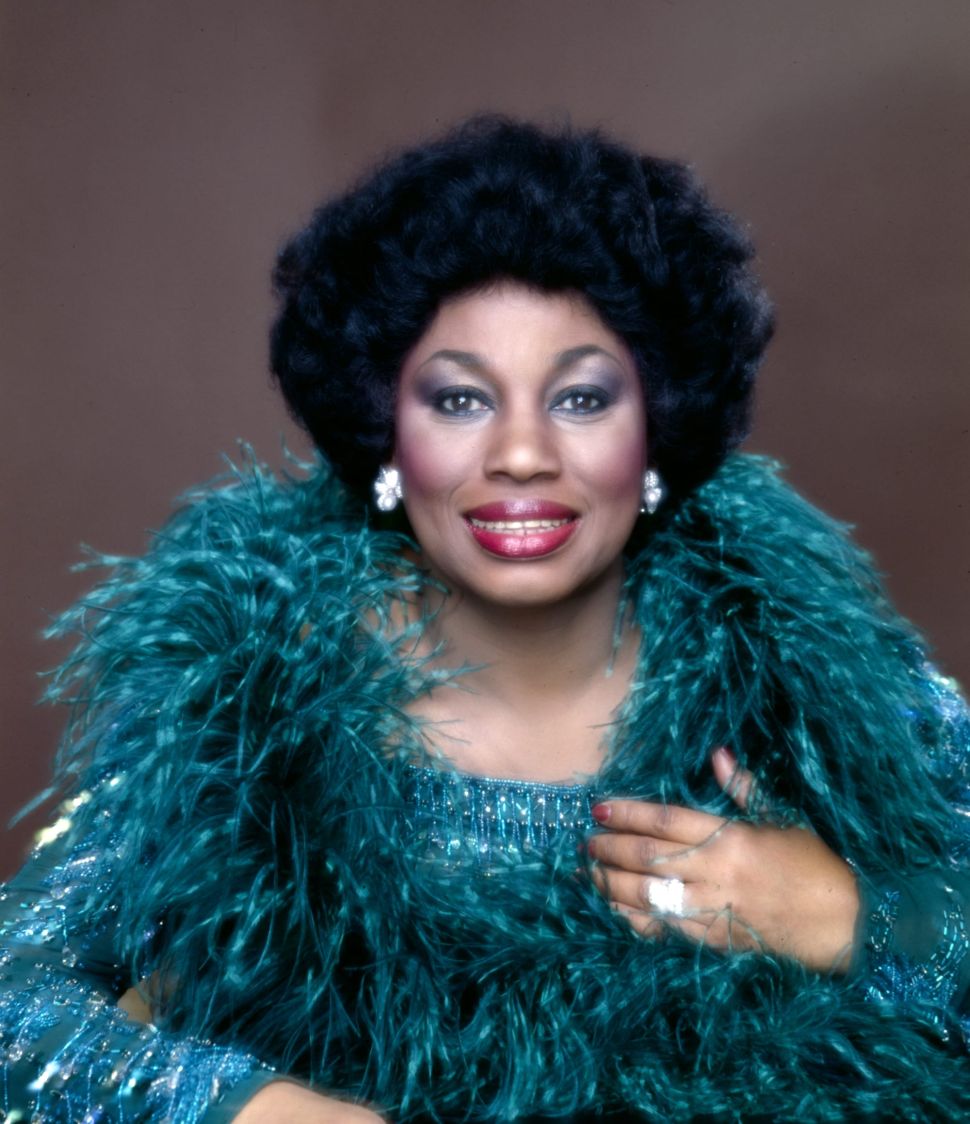