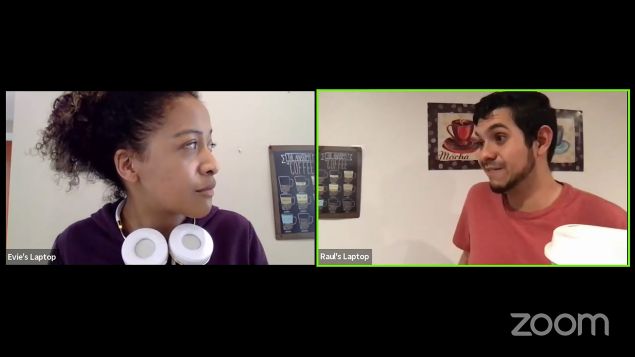 Meet Evie. She spends hours staring at her laptop. Most of her personal and professional interactions are through screens. Evie craves intimacy, but it also scares her. She’s not having any sex. Not even fooling around. Show of hands: Who relates to Evie?

Note: A global pandemic is not why our heavily mediated protagonist is so isolated and fearful. In Madhuri Shekar’s gamer rom-com In Love and Warcraft, Evie (Cassandra Hunter) is skilled in the language of romance—she ghost-writes love letters for money—but she’s a virgin. At 22, she has time to explore that area of life. Then again: She’s 22 and in school: Everyone around her is hooking up or talking about hooking up.

Shekar’s 2014 play has been produced in Atlanta, Chicago, and other cities, and now comes to us via Zoom in a coproduction by American Conservatory Theater in San Francisco and Alaska’s Perseverance Theatre. (There are two more live performances on September 11 and 12, and then it’s available on-demand from September 18–25.) Peter J. Kuo directs a young, appealing cast that exploits Zoom limitations; actors simulate continuity in adjacent frames by “sharing” a poster on the wall, or acting at each across the border. Such tricks work as illusions as well as a metaphor for the way we cocoon ourselves in avatars, handles and digital boxes.

Evie is a California college student in a multiplayer online group battling its way through the levels of World of Warcraft. Balancing an English lit major, freelance writing and her WoW addiction, Evie’s too busy for a relationship. She has a platonic, long-distance squeeze in Ryan (the rubber-faced and manic James Mercer), but he lives in his parents’ basement and has no car. Evie’s sexually enterprising roommate, Kitty (Evangeline Edwards), urges her to date, but Evie pooh-poohs the notion. When the handsome and sweet Raul (Hernán Angulo) hires Evie to help him reconcile with a girlfriend, romance blooms. Raul has zero interest in video games, but falls for this adorable, latter-day Cyrano. Evie’s attracted, but sex is off the table. We don’t know if our hero’s neurotic, a survivor of abuse, or simply asexual.

Since the characters are constantly on laptop or mobile, with gamers in different locations linked in the fantasy matrix, the staging lends itself to a diegetic justification for each scene (like the podcast Homecoming). Chyrons indicate whether we’re watching the action through “Evie’s Laptop,” “Raul’s Pixel” and so on. When Raul bumps into Kitty in a bar, their smartphones lie on the counter, and thus the POV is a worm’s eye view, lots of chin and the bottoms of tipped tumblers. The world-within-a-world approach reaches its zenith when the climax plays out inside the sword-and-sorcery roleplaying game, voiced by the actors.

As Evie, Hunter strikes the perfect balance of verve and vulnerability, as a young woman of restless wit who is nonetheless alienated from her body and its responses. When Evie visits a gynecologist (Madeline Isabel Yagle) to figure out what’s wrong with her, Shekar’s control of cringe comedy and pathos is quite touching. Asexuality, like object sexuality, is a subject ripe for greater exploration in drama.

Overall, the script is light, fast, and youthful, spiked with goofy WoW jargon. It goes down easy, its breathless pace quite TV-ready. You may wish that Shekar had sketched in more nuance and back story to evoke Evie’s sex-aversion, and dramatized the mental and physical downside to all that gaming. But then, this is a nerdalicious fairytale, not a social critique. Who needs a sermon about technological malaise when, right now, it’s all  we got? 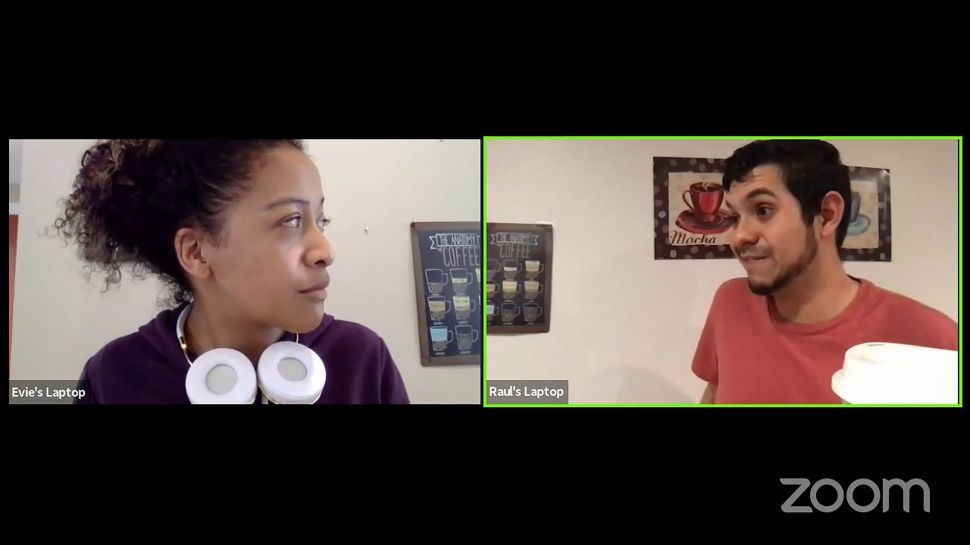