Italian filmmaker Luca Guadagnino is known for riveting cinema, not television. From his buzz-worthy 2017 film, Call Me By Your Name, which made Timothée Chalamet a star, to the spooky Suspiria, which haunted star Dakota Johnson, he has a knack for big-screen debuts, and not any format outside of that, really.

Now, Guadagnino has taken on his television debut with HBO, We Are Who We Are, a coming-of-age miniseries that fuses together a travelogue with teen angst. It follows one New York teen named Fraser (Jack Dylan Grazer) who moves to a military base in Veneto, Italy, with his lesbian mother Sarah (Chloë Sevigny) after she’s assigned to be an army commander in 2016, under the Trump administration—before the uproar of upheaval took America by storm.

Set on a military base during one balmy summer, Fraser dives deep into adolescent debauchery as he explores his sexuality, his identity and befriends his neighbor, Caitlin (Jordan Kristine Seamón), as they explore love, lust and nihilism.

Guadagnino, who recently premiered his latest documentary Salvatore: Shoemaker of Dreams at the 77th Venice Film Festival, talks about working with Martin Scorsese’s daughter Francesca, Generation Z and why he hates smartphones.

Observer: Congrats on the Salvatore Ferragamo film, which was so well-researched. Why did you choose him as a subject to feature?
Luca Guadagnino: I like the idea that he was an underdog, a maverick. A visionary. He was an individual. At the same time, he was capable of taking risks that not many people were able to do so. He was a genius. His qualities were fantastic.

For We Are Who We Are, is this is your first TV series?
This is the first time, yeah.

What’s the difference?
The making of it has been longer. It was 94 days of shooting, instead of the usual 50. But for me, it was like making my own long, long, long shooting movie. But I don’t think there was much of a difference. Maybe one day I’ll actually do TV and jump onto a project, doing one episode and leaving the set for two weeks and that’s it. But in this case, it was a long story we put together and shot over the course of 94 days.

In the background of the story, you have a Republican army and you put MAGA hats in there, and it’s set in 2016. How did you feel about wanting to put politics and the Trump era, considering what’s going on in the world?
If you have to tell a story in the contemporaneity, it’s better to have a little bit of perspective to make something specific, instead of generic. If we had set the story in 2018 and we shot it in 2018, we wouldn’t have had the perspective—or the infrastructure—to have seen the way in which they happened. So, to make a contemporary movie or show, you need to get a little perspective.

What do you mean?
We felt those three years were right, and we thought that six months before the election were quite telling of the way in which everyday life was going along with the feisty debate between Clinton and Trump and how probably a moment in life and the history of America, like how the Obama administration kind of wasn’t to be taken for granted. I never, ever would judge my characters and as people. The family of Richard and Jenny and Caitlin and Danny: he’s African American and she’s Nigerian. Their children are raised American. He’s a Trump voter. I don’t see why that would be a problem.

I don’t know what Generation Z is. I never understood this idea of the definitions of generations, honestly.

Is there anything that inspires or intrigues you about Generation Z? A lot of the actors are in that age range, like Francesca Scorsese and Jack Dylan Grazer.
I don’t know what Generation Z is. I never understood this idea of the definitions of generations, honestly. I already struggle with the idea of Baby Boomers or Generation Y—I don’t know. I think it’s all journalistic things. It’s also very Anglo Saxon. I don’t know. I feel like I wouldn’t be able to grasp the multitude of the characters with a definition that somehow seems to homogenize them. I’m interested in the characters and the actors and I want to explore these characters with these actors. If they’re actually part of Generation Z, that’s interesting because I don’t know anything about Generation Z. [Laughs.]

I think they’re digital natives growing up with the internet, which is different from previous generations?
That’s true. They have a different relationship with those tools, of course. I see them somehow not being so dependent on it, honestly, as I am. That’s interesting. But at the same time, adolescence is a state that is universal. Usually its after a revolution. It tells you that you are someone that you are not anymore. You are not a child and not yet an adult. You struggle to understand the inevitable mutation that you are going to cross, constantly. Physically, emotionally, in terms of intelligence, your interior world, your desire. That’s what interests me.

What was it like working with Francesca Scorsese?
Like everyone else, Francesca was super committed, a wonderful and intelligent young woman. I really appreciated her instincts very much, as much as I did for everyone involved. I was thrilled to work with her. I can’t wait to work with her again.

What goals do you want to make happen before you turn 50 next year?
Oh my God. That’s a big question. Oh my God. What can I say? My goal, I don’t know. To feel better. To calm down pain from wherever pain comes from in my life. And to have a garden, maybe, near Milan. I like Milan.

If you could sum it up, what is the core message of this series?
I would say be careful because the position of self comes from every corner. Be careful who wants to impose on you, telling you who you are. Don’t accept it. Don’t be lectured by people, by social media. By anonymous people on social media. Explore.

Why do you use that phone? Are you a luddite?
Because I’m free! I try to be free as much as I can! I wish I didn’t have this phone, too. I don’t think we need to be found at every time, at every moment of our lives. I miss the good old days when you had the phone at the house, you know? I miss it. 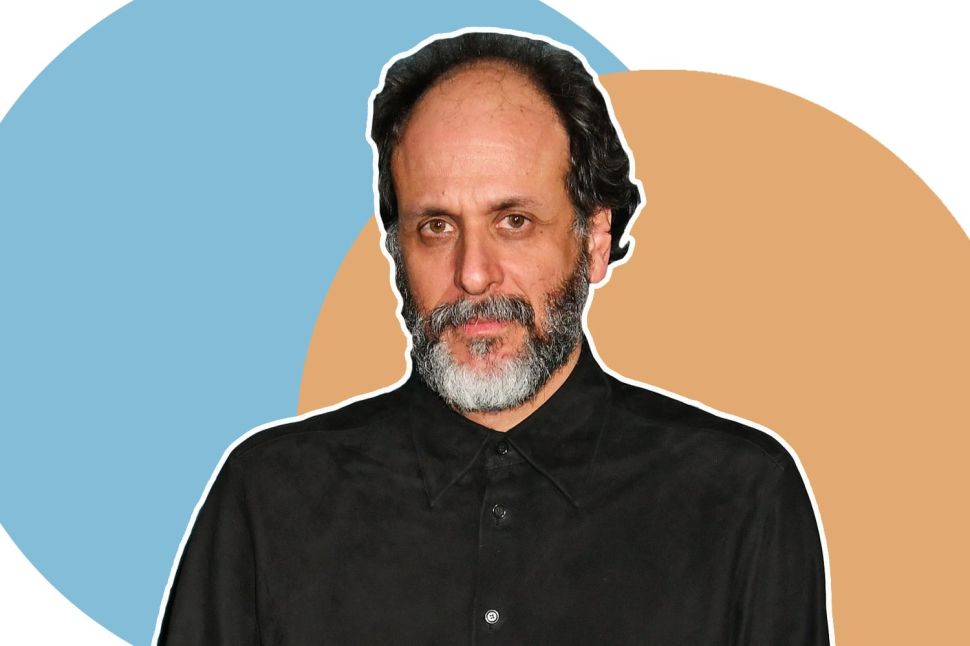