Lucasfilm announced today that The Mandalorian will debut its second season on October 30. The production of the highly anticipated new episodes were not severely impacted by the coronavirus pandemic and have been on pace for a Fall release all year. That’s good news for Disney+, which counts The Mandalorian as its flagship series. The streamer has emerged as the Walt Disney Company’s lone bright spot amid the COVID-19 outbreak.

The eight-episode first season was a throwback to simpler TV times when episodes of the biggest blockbuster series were largely self-contained standalone stories. While The Mandalorian does of course feature ongoing storylines that run through the entire first season, it is largely formatted in this old fashioned manner. That’s not necessarily a bad thing, but it does limit the show’s potential as a hopeful prestige drama.

For example, “Sanctuary” features Mando teaming up with an ex-soldier to protect a village from raiders, “The Gunslinger” sees him help a rookie bounty hunter, and “The Prisoner” revolves around a mercenary-led heist. All of these episodes provide showcases for stellar action rarely seen on the small screen. But they fragment the story into individual threads that are entertaining but not as interwoven as we’ve come to expect from today’s dramas. Few elements from any of these episodes concretely carry over into future stories. It’s no coincidence that Season 1 hit its zenith when Giancarlo Esposito’s Big Bad Moff Gideon, a villain expected to shape the overarching plot moving forward, was finally introduced.

Serialized shows, such as Game of Thrones, construct their episodes to flow into one another to build toward narrative climaxes. The Mandalorian, on the other hand, is much more content to feature a different challenge of the week. It’s a bit simplistic when compared to the multilayered dramas also competing at this year’s Emmys.

There’s no doubt that one of the most enjoyable elements of The Mandalorian is its references, Easter eggs and homages to the greater Star Wars franchise. But as they compound throughout the season, they begin to pull away focus from our central characters and plots. When eagle eyed audiences are more concerned with spotting each and every clue hidden within every frame of footage than the actual story at hand, perhaps you’ve swung too far in the wrong direction.

There are lore mysteries that are fascinating but perhaps too focused on setting up future reveals. We don’t need The Mandalorian to pay off each and every tease, but we do need these aspects to contribute to the overall narrative of this show. The mysterious origins of The Child (affectionately dubbed Baby Yoda by the fandom), the Darksaber wielded by Moff Gideon, the Boba Fett tease in “The Gunslinger;” these are forward-thinking set-ups which drive key questions. But allusions to Life Day, disintegration rays, Tatooine, and other classic callbacks can grow a bit tiresome.

The Mandalorian engages in a lot of world building that doesn’t necessarily have any long-term impact outside of these weekly escapades. Make it count or take a page out of Barney Stinson’s book and freshen things up a bit:

Do not cheat Ahsoka Tano

Star Wars supporters were understandably excited when Rosario Dawson was cast as the first live-action iteration of beloved animated character Ahsoka Tano. The character first appeared in Star Wars: The Clone Wars and then sporadically throughout Star Wars: Rebels. No matter how you slice it, this is a jolt to the system for die-hard Star Wars fans who have been eagerly waiting for Ahsoka to make the jump to live-action for years.

But given The Mandalorian‘s episodic structure that moves quickly from one story to another, we hope Ahsoka’s role serves the story and her own character and isn’t just a flashy cameo meant to generate buzz and not much else. Since Clone Wars and Rebels creator Dave Fioni is an executive producer and director on The Mandalorian, we doubt the show would treat her introduction so callously. And given Dawson’s established place in Hollywood, it’s highly doubtful she’d sign on for an insignificant role without any future potential. But we also know that Lucasfilm is a capitalistic behemoth that wants to create interconnected Star Wars stories that drive interest from platform to platform and project to project. Fingers crossed. 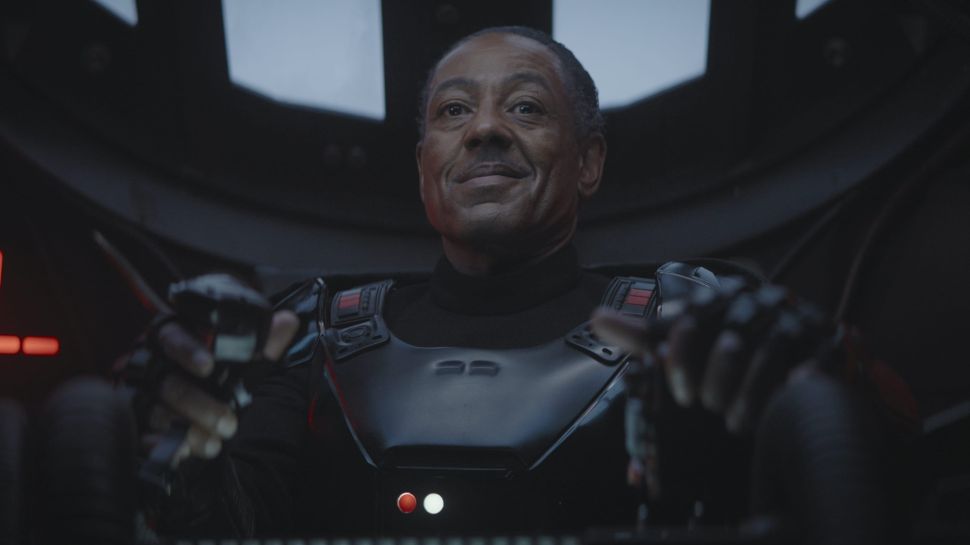