Even if you’re not explicitly a fan of Mariah Carey’s weepy ballads and R&B kiss-offs, there’s never been any way to deny her bombastic star power and overwhelmingly beautiful vocals. After decades in the spotlight as a pop diva superstar, Carey has just released her new memoir, The Meaning of Mariah Carey with Andy Cohen Books, and anecdotes from the tome are already spilling forth to provide fresh context surrounding the years of catchy songs. According to the New York Times, Carey’s account of her childhood and young adult years is often extremely harrowing: she survived a volatile household, a sister who attempted to drug her and continual racism due to the fact that she is mixed race.

“By the time I was a toddler, I had developed the instincts to sense when violence was coming,” Carey writes, heartbreakingly. “As though I was smelling rain, I could tell when adult screaming had reached a certain pitch and velocity that meant I should take cover.” However, the memoir’s excerpts also highlight Carey’s eternal passion for transcendence, romance and beauty through music and love. “I live Christmas to Christmas, celebration to celebration, festive moment to festive moment, not counting my birthdays or ages,” she explains. “Why ruin the journey by watching the clock and the ticking away of years?”

Additionally, perhaps the most artistically novel revelation to come out of the singer’s memoir is the fact that while she was writing her 1995 album Daydream, which included timeless pop classics such as “Always Be My Baby,” Carey also wrote, produced, and sang background vocals on every original song from from the 1995 Chick’s album Someone’s Ugly Daughter. Carey’s representative also confirmed to Pitchfork that the artist had also managed the album’s packaging art direction. Someone’s Ugly Daughter seemingly has no hint of Carey’s usual huge, soulful pop sound: the album is grungy, angry and raw. But this new revelation just confirms her endless versatility. 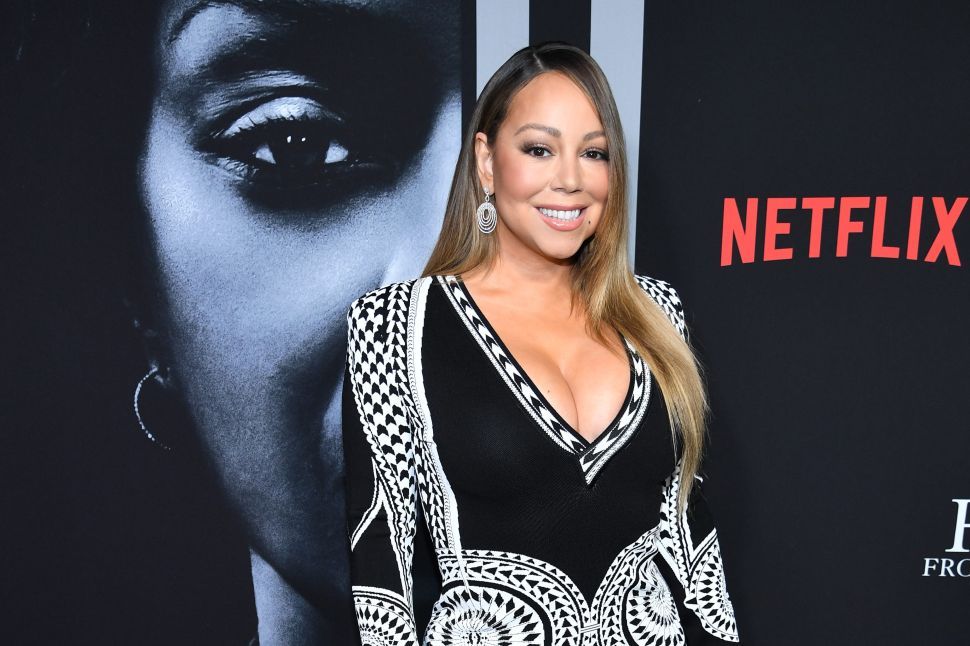