Over 23 films, the Marvel Cinematic Universe has grossed nearly $23 billion at the worldwide box office. During that time, the MCU has also produced more than nine TV series. With studio head Kevin Feige assuming full control of Marvel’s small screen operations in a hierarchical shakeup last year, Disney+ is now set to house eight more blockbuster Marvel TV shows. Next year will also see highly anticipated tentpoles Black Widow, Shang-Chi and the Legend of the Ten Rings and Eternals arrive in theaters. At this point, there’s no debate that the Marvel Cinematic Universe is the single-most consistently successful creation in Hollywood history.

But as Thanos learned, every king’s reign must come to an end eventually. In the notoriously fickle Hollywood environment, nothing lasts forever. As the MCU approaches its 13th year of dominance, it’s fair to wonder what might serve as its ultimate undoing.

“It seems clear that the dominance of the superhero film at the box office must come to an end at some point,” Kendall Phillips, a professor at Syracuse University’s College of Visual and Performing Arts who teaches Rhetoric of Film: Marvel Cinematic Universe, told Observer. “My fearing coming into 2020 was that Marvel’s desire to cash in with a quick restart after Endgame would hasten the genre’s demise. Black Widow, Shang-Chi, Eternals queued up for the big screen and the steady stream of shows designed to bring subscribers to Disney+ all began to feel like a bit too much.”

Over-saturation of the market is a genuine concern. In five years, Disney and Lucasfilm released five theatrical Star Wars films and one Disney+ series, prompting former Mouse House CEO Bob Iger to concede that they overused the brand too quickly. One would think the studio would have learned their lesson. But prior to the coronavirus pandemic, 2021 was scheduled to deliver four MCU films as well as four Disney+ Marvel series. Despite the unparalleled audience demand, we questioned how much Marvel was too much?

The production shutdowns have turned Marvel’s greatest strength, interconnected storytelling, into a major liability. Their narrative vulnerability has been exposed as the domino effect of their episodic storytelling pushes back the entire slate. Yet in some ways, the forced delays for these upcoming MCU productions may actually benefit Disney long-term. Their goal now should be to make the big screen premieres feel like a celebratory return to movie theaters, Phillips argues. In turn, this would help make the small screen Disney+ series feel less like exploitation and more like necessary connective tissue. Feige has already said that WandaVision will lead directly into Doctor Strange in the Multiverse of Madness.

On the downside, however, it’s also possible that the coronavirus delays may have dampened audience enthusiasm. As Christopher Nolan’s Tenet is currently demonstrating with anemic domestic box office results, it’s going to take some time before people are fully comfortable returning to crowded movie theaters. Earlier this month, Dr. Anthony Fauci cautioned that the U.S. might be another year away from safely returning to theaters. On top of that, the swirl of social justice outrage, political controversy and cultural upheaval that has engulfed the nation this year may also require a new direction for on screen heroism.

“There is also a danger that the country’s mood has shifted,” Phillips said. “With the pandemic, ongoing instances of police brutality and system racism, increasingly vicious partisan rancor, fantasies of morally correct superheroes may just not feel right. The success of Joker and Amazon’s The Boys suggests that audiences may be less enthralled by bright costumes and happy endings.”

The future of the MCU relies on more than just which big bad replaces Thanos and how the franchise introduces the X-Men and Fantastic Four. Over a century of cinema has taught us that no trend or fad, no matter how popular and successful, can last forever. At some point, Marvel’s everlasting power will begin to wane. 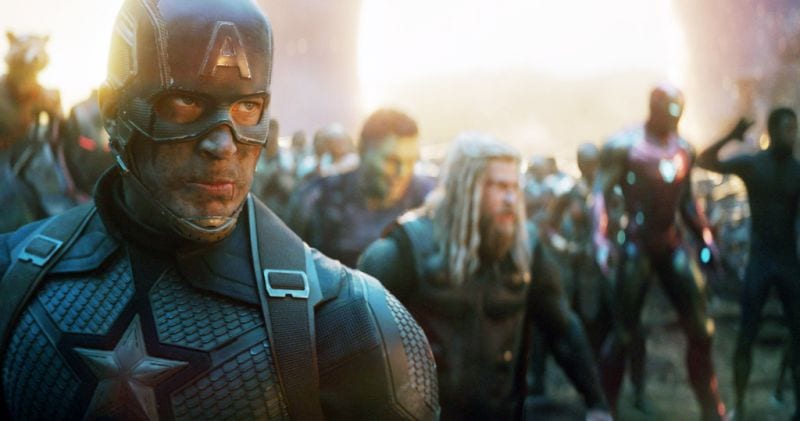