The Metropolitan Museum of Art has experienced a reckoning over the summer when it comes to the diversity of the staff at many different levels, as well as the content and curation of the institution’s collection. This reckoning has lead to a relative overhaul of the museum’s operations, and on Tuesday, the Met announced the hiring of Patricia Marroquin Norby, the institution’s first ever Associate Curator of Native American Art. Previously, Norby was appointed as the senior executive and assistant director of the Smithsonian’s National Museum of the American Indian in New York City. At the Met, she will oversee the display of Native American art in the museum’s American Wing.

“Historical and contemporary Native American art embodies and confronts the environmental, religious, and economic disruptions that Indigenous communities have so powerfully negotiated—and still negotiate—through a balance of beauty, tradition, and innovation,” Norby said in a statement. “I am deeply honored to join with American Indian and Indigenous artists and communities in advancing our diverse experiences and voices in the Met’s exhibitions, collections, and programs. This is a time of significant evolution for the museum.”

Native Americans have been sublimated and suppressed throughout almost the entirety of North America’s modern history, but even given this dark legacy, it seems extraordinary that the Met didn’t have a curator of Native American art until 2020. This complicated development is mirrored by the distinction bestowed upon the 80-year-old Native American artist Jaune Quick-to-See Smith this year.

In July, Smith’s painting I See Red: Target, 1992, became the first painting by a Native American artist to be added to the collection of the National Gallery of Art in Washington, D.C. ” I have mixed emotions; I wonder how is it that I am the first Native American artist whose painting is collected by the National Gallery?” Smith told the Guardian at the time. “It’s like we don’t exist, except in the movies or as mascots for sports teams, like the Washington Redskins or the Cleveland Indians.” 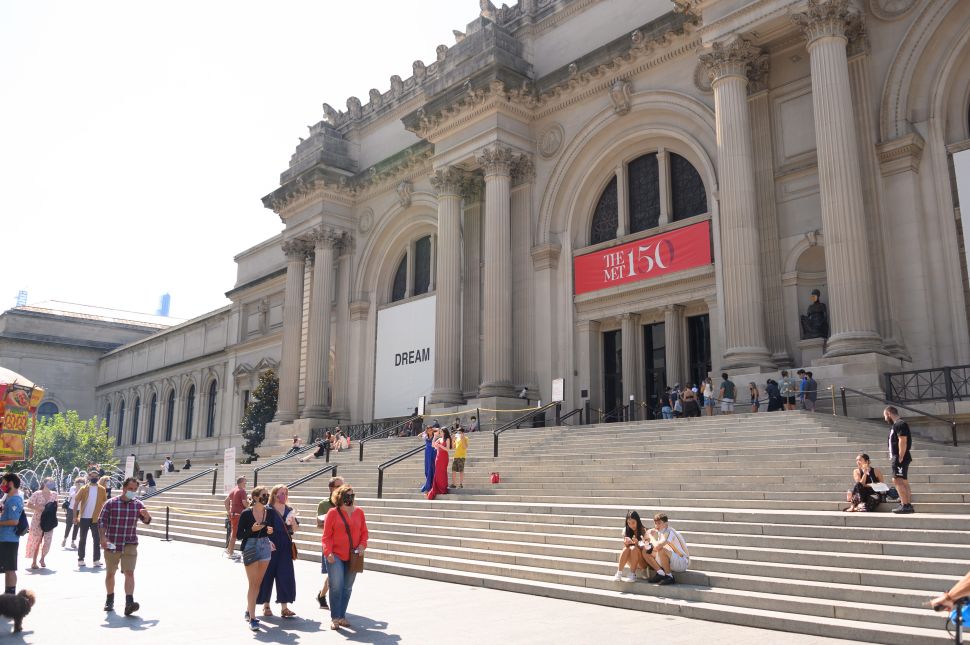