On Tuesday, a Northrop Grumman cargo spacecraft will blast off from NASA’s Wallops Flight Facility in Virginia, carrying an interesting mix of supplies to the International Space Station. Payloads will include food, science experiments, Estée Lauder skincare products and a $23 million new space toilet.

The mission, known as Cygnus NG-14, will deliver nearly 8,000 pounds of cargo using a robotic Cygnus spacecraft atop an Antares rocket. Liftoff is scheduled for 10:27 p.m. EDT on Tuesday. You can watch the event on NASA TV beginning at 10 p.m. EDT.

The mission will be the Cygnus spacecraft’s 13th cargo flight to the ISS. The supplies are to support the Expedition 64 crew members, as well as SpaceX’s Crew 1 astronauts, who are set to arrive at the space station in October.

The multimillion-dollar space toilet, officially known as the Universal Waste Management System (UWMS), is NASA’s latest upgrade on in-space commode based on astronaut inputs. The new toilet is completely self-contained (making it easier to repair than old models) and is 65 percent smaller and 40 percent lighter than the one currently on the space station. It also features a urine funnel and a seat designed to accommodate female crew members.

“It’s more complex for female crew to urinate and defecate at the same time because of the placement of the urine funnel and where they have to place themselves to do defecation,” Melissa McKinley, who leads the NASA team working on the new space toilet, told WIRED in June. “There was a proximity issue, so the seat and urine funnel have both been engineered to improve the experience for female crew.”

“NASA spent a lot of time working with crew members to improve the use of the commode… The toilet was designed for exploration and it builds on previous spaceflight toilet design,” she said during a prelaunch teleconference last Thursday.

The new toilet may eventually be used in crewed missions to the moon or Mars, McKinley added. But astronauts on the ISS need to test it for three years first to make sure it’s durable enough for long interplanetary trips.

Meanwhile, NASA is soliciting other ideas of space toilets for future Artemis astronauts on the moon through the Lunar Loo Challenge.

“Although space toilets already exist and are in use, they are designed for microgravity only,” the space agency said on the competition’s website. “NASA’s Human Landing System Program is looking for a next-generation device that is smaller, more efficient, and capable of working in both microgravity and lunar gravity.” 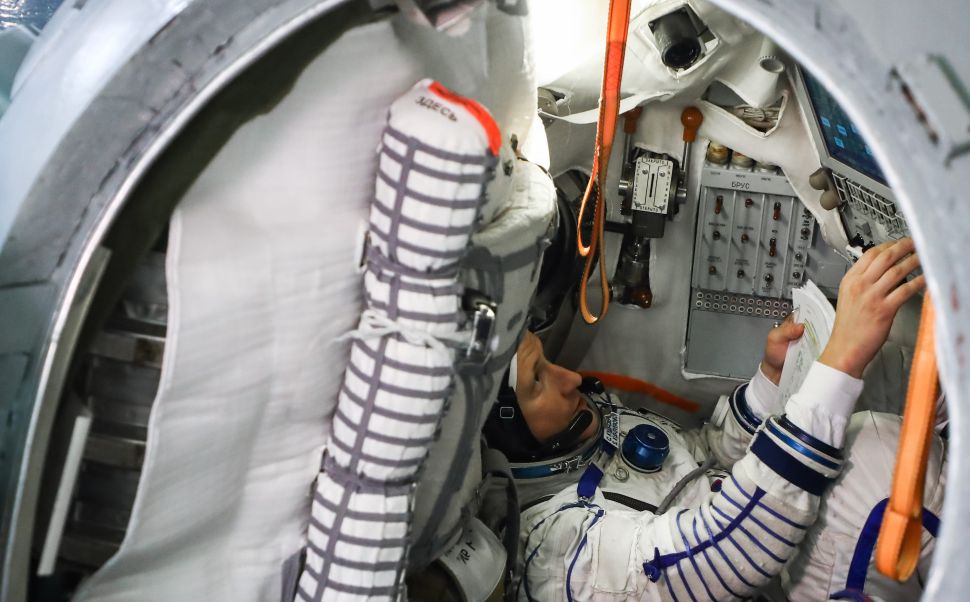