“A disordered mind cannot ease its own suffering,” Sarah Paulson’s Mildred Ratched says in the second episode of Netflix’s Ratched. Similarly, an artful creation cannot escape the demands of a predetermined market. As a standalone creation, Ratched would work well enough as a stylish and pulpy psychological drama that graphically unfurls a campy yet charismatic tale. But as a prequel leveraging the popularity of a pre-existing brand to explore the origins of one of the most iconic villains of the 20th century, it’s hard to see the resemblance.

Executive produced by schlock maestro Ryan Murpy, Ratched is the latest entry in the uber-producer’s growing Netflix catalog after signing a lucrative nine-figure deal with the streamer in 2018. The series kicks off in 1947 as Mildred arrives in Northern California to seek employment at a leading psychiatric hospital where new experiments have begun on the human mind. On a clandestine mission, Mildred presents herself as the perfect image of what a dedicated nurse should be, but her stylish exterior belies a growing darkness within.

In typical Murphy fashion, Ratched is dark and psychological, overwrought with aesthetic affectations and still watchable in spite of itself. Murphy has always loved to externalize emotions and mental states with striking color palettes, and it’s no different here. Forest greens on deep blacks, traffic cone oranges against egg shell whites. The staff of Lucia State Hospital, which emanates its own Overlook Hotel vibes, are decked out in Listerine strip aqua colors for a mix of soothing unsettlement. Throw in camera angles akimbo and combine it with the post-war, mid-century period setting, Ratched absolutely looks like a million bucks (which would be $11.6 million in 2020 money).

As with most Murphy productions, Ratched is charmingly eccentric to a point, solidly seductive before brazenly spilling over the line and needing a moment to collect itself. It is eight episodes of stylish carnage both psychological and physical and mileage may vary on what viewers can and cannot stomach (a nascent lobotomy procedure had me watching through clenched fingers).

Paulson’s conniving, manipulative, but occasionally tender-hearted character is fun to watch, especially playing against an absolutely wonderful Cynthia Nixon. Paulson devours tête-à-têtes like a predator one stroke away from delivering a killing blow. Her Ratched is a woman who entertainingly orchestrates chaos in order to position herself as the prime problem solver. But this version bears no real resemblance to the Nurse Ratched of Ken Kesey’s beloved novel One Flew Over the Cuckoo’s Nest nor Louise Fletcher’s celebrated iteration in the 1975 film adaptation.

The original Nurse Ratched (who goes without a first name in the book) is a character stuck in time, moored to the past, who ran her ward like a calculating, heartless tyrant. Content with the iron grip she held upon her small kingdom, Nurse Ratched represented the corruption of institutional power. But here, the character is redesigned as a far more progressive and sympathetic character, as well as unabashedly ambitious. She’s more of a misguided and potentially redeemable Lex Luthor crippled by childhood trauma than a character the American Film Institute named the fifth greatest villain in cinematic history.

I understand why Murphy and creator Evan Romansky redeveloped the character as a more likable—or, at least, relatable—protagonist. Netflix isn’t going to bankroll a big-budget period piece on the back of a one-note monster.

But in doing so, the blatant attempt to capitalize on the brand recognition of the character’s storied history becomes ever more transparent. We live in the age of IP in which audiences are mostly drawn to pre-existing intellectual property. As such, Ratched was likely always destined to piggyback of its narrative ancestors, even if it feels disconnected and disjointed from its own source material. Yet taken on its own, the show serves up enough salacious appetizers to whet the appetite for more. 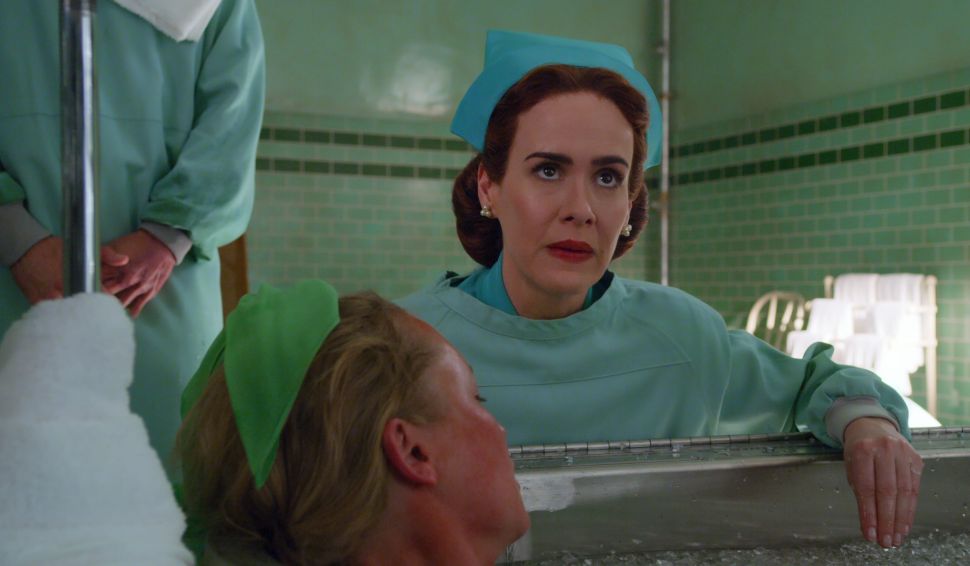