As we navigate the never-ending volatility of 2020, it’s only natural for people to retreat into the comforts of the familiar. That holds especially true for entertainment, in which audiences have turned to trusted series that are proven to provide the necessary escapism entertainment viewers are seeking. That is why three of television’s biggest blockbuster shows—Netflix’s Stranger Things, Disney+’s The Mandalorian, and AMC’s The Walking Dead—have consistently raked in viewership throughout the pandemic.

As arguably the three biggest series currently airing on TV, it’s fair to wonder which show audiences in the United States are clamoring for most. So to better understand their viewership reach, we turned to data firm Parrot Analytics which tracks TV popularity through social media, fan ratings and piracy to figure who’s watching what.

We found that over the last 60 days, Stranger Things is the fifth most in-demand series in America, followed by The Walking Dead (11th), and The Mandalorian (12th).

Demand for Stranger Things is 59.99 times the demand for the average show United States in that time frame, which Parrot Analytics qualifies as “exceptional.” Just 0.2% of all shows in the market have this level of demand. Demand for The Walking Dead stands at 46.8 times the average show in the U.S. while The Mandalorian is right behind at 46.11. It’s important to note that The Walking Dead most recently aired new episodes in April, while Stranger Things and The Mandaloran have not aired new episodes in 2020 (yet). Netflix, which houses original Stranger Things and the back catalog of The Walking Dead, also has more U.S. subscribers than Disney+, which likely plays a role in overall demand.

Despite the immense overall popularity, two of the shows have actually dipped in their U.S. demand rankings over the last two months. Stranger Things has fallen three spots and The Mandalorian has dropped by 11 while The Walking Dead has actually improved by four spots, making it the “hottest” among the three series in that time frame. Unsurprisingly, they all rank well in their respective genres with Stranger Things grading out in the 99.83th percentile for dramas and The Mandalorian (98.70) and The Walking Dead (99.77) ranking in elite territory for action.

Both The Mandalorian and The Walking Dead are scheduled to deliver new episodes in October, which will likely improve their rankings. Stranger Things 4 was originally scheduled to arrive on September 17, but production was shut down in march due to COVID-19, leaving its release date up in the air. 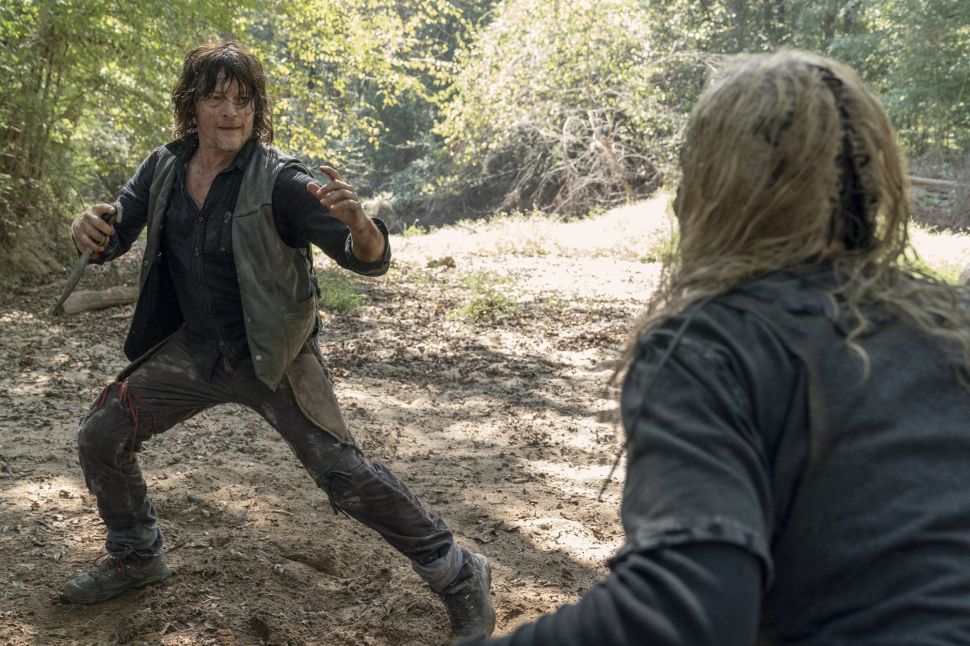