As August comes and goes and we bid adieu to summer and await the arrival of fall, audiences are clinging to the most popular shows of the last couple months. That makes sense as the fall television season will bring with it a host of exciting new TV series. But, for now, we’re making due with the same shows that have entertained us in recent weeks.

Though streaming habits in the pandemic may have already peaked and the reopening of movie theaters is expected to further eat into our TV consumption, it’s clear that our collective tastes have remained consistent. Data analytics firm Parrot Analytics compiled a list of the nine most in-demand series for the month of August. It represents the total audience demand being expressed for a title, within a market (in this case, the U.S.), and audience demand reflects the desire, engagement and viewership, weighted by importance. The firm tracks TV popularity through social media, fan ratings, and piracy to figure who’s watching what. Below is the data on the top digital original series in the U.S. last month, which are the same as July, just in a slightly different order. 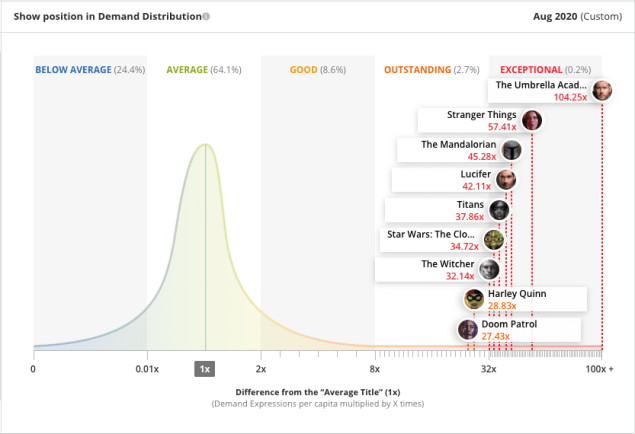 It’s worth noting that both Harley Quinn and Doom Patrol have received a boost from their availability on HBO Max, which will soon swallow up DC Universe. Other than that, Netflix still dominates the list with the most entries as it has done throughout the pandemic. The clear winner for the month was The Umbrella Academy, which essentially doubled the demand of second place Stranger Things. In fact, from July to August, The Umbrella Academy—which released its second season July 1—jumped from 10th to 1st. Lucifer also enjoyed a nice rise, going from 9th to 4th.

Dark, the second coming of Lost, dropped off the most, going from 4th to 10th place. However, still being in the top ten in August when season 3 was released Jun 27 is a pretty impressive showing. With Lucasfilm announcing the Season 2 premiere date of The Mandalorian this week, expect the Star Wars series to remain highly in-demand through the next eight weeks.
In addition to leading all digital series in demand in August, The Umbrella Academy was also the top show on the rise in the US over the last 30 days, followed by a very diverse group of other series: Shark Week, Infinity Train, Big Brother, Love. There’s no discernible pattern between those five series, which includes reality TV, animated fare, and Netflix rom-coms. We’ll have to wait and see how that manifests itself in September, as new shows enter the market and jockey for position. 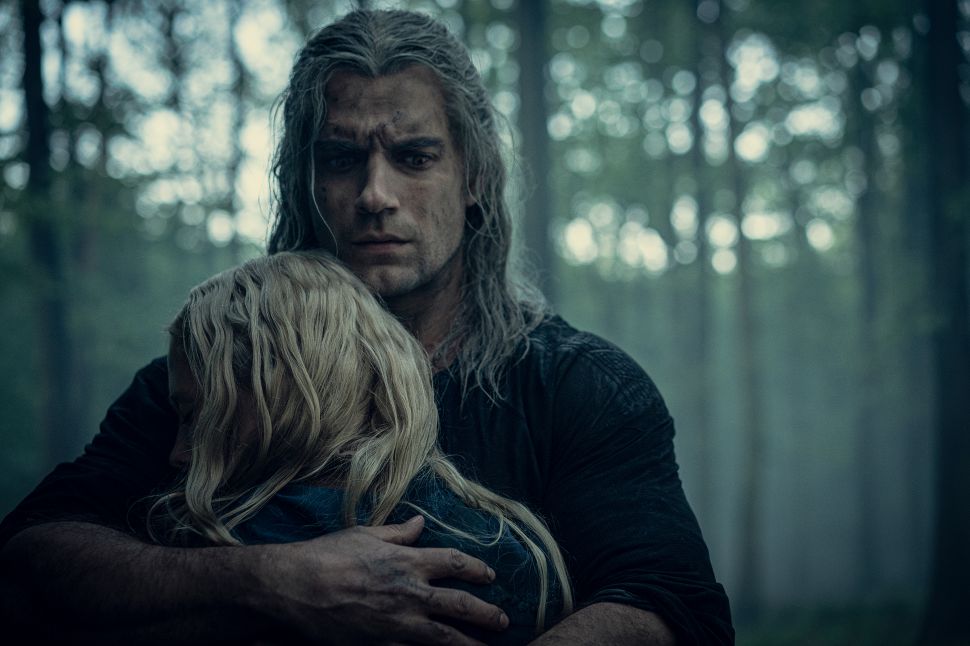