Beneath the contemporary clothes and updated lingo, the romantic entanglements and parental drama, the high school genre masks an incredible degree of difficulty often ignored and unacknowledged by Hollywood’s critical community. Too often, these stories can devolve into over-the-top melodrama with an inflated sense of self-importance. Paralleling our protagonist’s extraordinary life with the trials and tribulations of youth can so easily go awry (looking at you, 13 Reasons Why).

Of course, you’ve got your classics like the endlessly creative Buffy or the noir-driven Veronica Mars; you’ve got your beloved sitcoms like Saved by the Bell and Boy Meets World; and you’ve got whatever the hell is going on in The CW’s Archieverse right now. But coming-of-age tales that stand apart from the glutton of imitators while also avoiding the standard pitfalls of a tricky genre are rare creatures. That’s why it’s past due to watch Netflix’s Teenage Bounty Hunters.

Teenage Bounty Hunters, which hit the service in August, is a series that shouldn’t work. It revolves around 16-year-old fraternal twin sisters Sterling (Maddie Phillips) and Blair (Anjelica Bette Fellini) as they rebel against their buttoned-up, conservative religious Southern community to team up with veteran bounty hunter Bowser Jenkins (Kadeem Hardison) and dive into the world of bail skipping baddies and suburban secrets while trying to navigate high school drama. On paper, it sounds like a try-hard gimmick and I was guilty of judging this particular book by its cover. How glad I am to be wrong.

Created by Kathleen Jordan and executive produced by Jenji Kohan (Orange is the New Black, Weeds), Teenage Bounty Hunters quickly reveals itself to be a witty and bouncy iteration of the extraordinary high school tale. An immediate comparison paints it as the little sister to Dead to Me as it’s built around two contrasting yet complimentary female leads: Sterling, an outwardly picture perfect role model of southern decency, and Blair, more rebellious and free spirited. Like Dead to Me, it also deftly blends comedy and drama with LOL moments aplenty mixed with the expected growing pains that accompany youthful self-discovery. That sweet spot is hard to hit and easy to miss, often tipping too far in one direction to the detriment of the other (ex: Everything Sucks, Degrassi). Teenage Bounty Hunters has an innate sense of modulation, knowing when to push forward and pull back over the course of its 10 episodes.

Still, if the series was simply a quality dramedy with a feel for, well, feelings, it still wouldn’t automatically stand apart from the deluge of teen content. Where the show truly elevates is in its attitude and empathy.

Teenage Bounty Hunters benefits from its very specific focus on the sub-culture of affluent, conservative, religious suburbia. While it lampoons many of the outdated notions that exist, it never feels as if it’s coming from a place of outright mockery. Instead, it builds bridges between seemingly conflicting viewpoints such as Second Amendment Rights and pre-conceived racial notions. Even the self-righteous and torturous high school bully receives her own sympathetic shading and development over the course of the season.

Most impressively, the show champions sex positivity; there is zero shaming when it comes to the natural teenage hormones and impulses or varying attractions across the sexual spectrum. Compared to Buffy, which spawned its own meta narrative from the infamous Angel plot twist, it’s clear the genre has made progress over the last two decades. Taking a page out of Netflix’s Sex Education, you won’t find condemnation or harsh judgment here.

Teenage Bounty Hunters, much like Dead to Me, intersperses the spirited and lively quirkiness with a focus on the central bonds in our lives that lift us up and occasionally drag us down into shenanigans. But unlike many of its high school-set peers, the show uses focused and specific humor, progressive optimism, and a zany hook to deliver the goods without ever succumbing to the indulgences and cliches of the genre. One month after its release and it still appears to be flying a bit under the radar which is exactly why you should give it a chance. 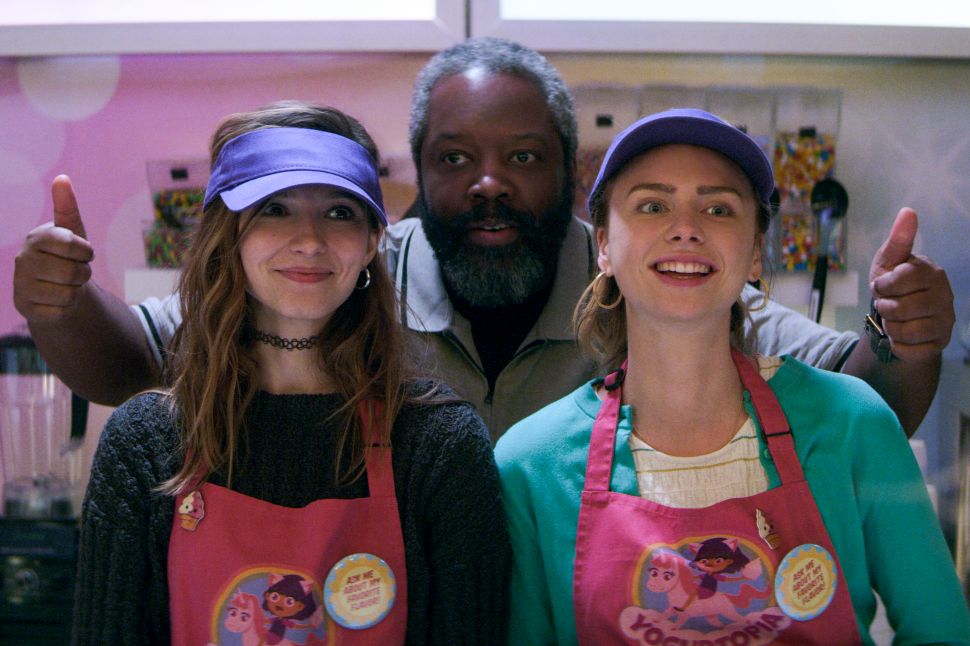