Netflix tends to make its renewal and cancellation decisions between four and six weeks after a new series premieres. While there are of course exceptions to this trend among Netflix’s track record, the four-to-six-week window provides the streaming company with the full breadth of viewership data to help inform its decision. But here we are on September 28 still wondering about the uncertain future of Teenage Bounty Hunters, which hit the streamer on August 14.

Since Netflix has yet to make an official decision on the show—which follows two fraternal 16-year-old twins who find themselves moonlighting as bounty hunters in suburban Atlanta while navigating high school—we figured we’d lend a helping hand as they debate the pros and cons over caviar and racquetball. (That’s what bigwig executives do, right?) Here are five reasons why Teenage Bounty Hunters should get a second season.

In 2017, über-producer Jenji Kohan signed a lucrative overall deal to make Netflix her exclusive creative home. The Weeds creator helped launch Netflix’s original programming push with Orange is the New Black (six seasons) and has followed that up with the critically acclaimed GLOW (entering its fourth and final season). The former scored six Golden Globe nominations and snagged four Primetime Emmy statues during its run; the latter has two Golden Globe nods and three Emmy wins to its name. It doesn’t take a Netflix algorithmic expert to acknowledge the high quality of Kohan’s track record.

Renewing her latest well-received series, which currently holds a 91% on Rotten Tomatoes and is led by writer/producer Kathleen Jordan, opens the door for future accolades, which we all know Netflix lusts after. It’s also a show of good faith and commitment to a high-profile creator on a massive overall deal, which can only be good long-term business. Ryan Murphy’s The Politician may have been a bit more star-studded (Gwyneth Paltrow is always going to provide a nice SEO boost) but fared much worse with critics, who gave it a score of 57% on Rotten Tomatoes. It was still greenlit for Season 2. ¯\_(ツ)_/¯

Since Kohan signed her overall deal with Netflix in 2017, the streaming company has nearly tripled its annual content budget to $17 billion. While the coronavirus pandemic and the resulting production shutdown has introduced a deluge of new factors to consider while navigating the future, it has not eliminated Netflix’s defining trait: an insatiable need for original programming.

It’s not as if Teenage Bounty Hunters is an unwieldy investment for the streamer, which has seen its stock price soar during the pandemic. That’s not Kohan’s style. Orange is the New Black cost around $4 million per episode as an ensemble endeavor. Teenage Bounty Hunters has a far smaller cast and scope. I’m not saying it’s cheap to make any TV show, but it’s definitely not pushing the $10 million per episode range that The Witcher is living in. Renewing the show for a second season is a low-cost investment in a worthwhile product.

3. There Is a Committed Fan Base

Teenage Bounty Hunters may not be a global breakout hit in the vein of Stranger Things, but it does have a passionate and vocal online fanbase. The main currency of the streaming era is buzz, so word-of-mouth becomes a tangible contributing factor. On that front, the show’s watch party over this past weekend generated 19,300 Twitter conversations, 79,100 engagements, and 5.7 million impressions, according to Talk Walker.

We told you, the fans are passionate.

Plus, Netflix isn’t always as concerned with raw viewership numbers as it is with completion rate. The streamer pays attention to what percentage of fans consume an entire TV season from start to finish. This metric provides an idea of whether or not a show can attract enough viewers for additional seasons to justify the costs. One reason why Sense8, one of Netflix’s most expensive series at the time of its run, scored a Season 2 renewal despite a somewhat niche audience was because of the audience commitment.

Netflix has not yet released official viewership data for Teenage Bounty Hunters, or at least official according to Netflix’s metrics. But we can apply some third-party audience tracking data to try to suss out how popular the show really is.

According to Parrot Analytics, a data firm that tracks TV popularity through social media, fan ratings, and piracy to figure out who’s watching what, demand for Teenage Bounty Hunters is 16.84 times higher than the demand for the average show worldwide over the last 30 days. Just 2.7% of all shows in the global digital market have this level of demand. For the week of Aug. 17 to Aug. 23, Teenage Bounty Hunters was the 10th most-watched program in terms of minutes watched on SVOD services Netflix, Amazon Prime Video, Disney+ and Hulu, according to Nielsen. This is particularly impressive since the rookie show has such a small episode count.

Again, Teenage Bounty Hunters is not yet a broad appeal blockbuster breakout hit, but it has been a solid performer overall since its debut last month.

As we’ve previously explored, Teenage Bounty Hunters is an underrated gem of the summer TV season. Rarely can a show make its supporting characters and subplots as compelling as the main focus. Yet Kadeem Hardison’s veteran bounty hunter Bowser feels as integral to the overarching story and emotional resonance as the show’s two leads, Sterling (Maddie Phillips) and Blair (Anjelica Bette Fellini). At the same time, the high school drama—often overwrought in most small screen representations—feels as authentic and relatable as the bounty hunting is exciting.

Importantly, Teenage Bounty Hunters champions a sex-positive attitude towards natural self-discovery across the sexual spectrum. Given Netflix’s questionable recent track record with its LGBTQ+ series, renewing the show for a second season would send a loud message that echoes across demographics and generations.

We’re fully aware that the whims of fans cannot dictate the business decisions of a corporation valued at nearly $213 billion. Yet given Kohan’s involvement with the series and close ties to Netflix, the relatively inexpensive cost it takes to produce, the small but vocal and committed fanbase, and the show’s high quality, it sure does seem to make a lot of business sense to give Teenage Bounty Hunters another run. 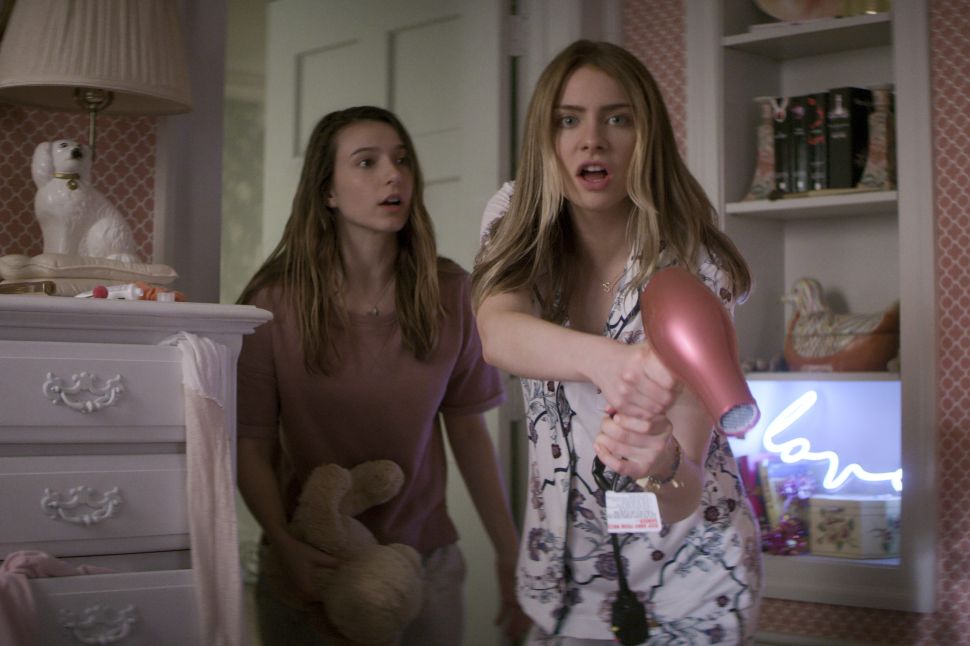