The 2020 Toronto International Film Festival is underway, and already Netflix is throwing around gobs of money as the power player of the week. The studio, which had intended to spend a whopping $17 billion on content in 2020 prior to the pandemic, has already made three high-profile film acquisitions at TIFF thus far. To be fair, Netflix is often an active player on the festival acquisition circuit, but this year carries an extra layer of motivation.

Since the pandemic began, Netflix has been releasing around 60 original films and TV series per month. But co-CEOs Reed Hastings and Ted Sarandos have warned that if the company isn’t able to resume global production in the near future amid the coronavirus pandemic, their flow of original content will slow. With a potential price hike on the horizon, that would be disastrous, so the streamer is lining its coffers with attractive feature acquisitions to help bide the time.

Here are three of their notable moves thus far.

On Sunday, it was reported that Netflix was closing a $30 million deal for the worldwide rights to Malcolm & Marie, starring Zendaya and John David Washington. The romantic drama, directed by Sam Levinson (Euphoria), was quietly made during the production lockdown and was reportedly sought after by HBO, Amazon, Searchlight, MGM, A24 and Focus Features. While heated bidding wars are nothing new for film festivals and often lead to underwhelming final results, it’s not exactly a negative precursor if multiple studios are after your story. Clearly, there’s some heat here.

The film follows Washington, who plays a filmmaker, and his girlfriend (Zendaya) who return home after a successful movie premiere and await for the exciting next steps in his career. However, the night takes a turn as revelations about their relationship begin to surface, testing the strength of their love. The project came together in a mad dash after Euphoria was shut down and Zendaya asked Levinson if he would write and direct a new project for her during quarantine.

Last week, it was reported that Netflix was closing on an eight-figure deal for the worldwide rights to Halle Berry’s feature directorial debut, Bruised. The number has since been said to hover around $20 million. Bruised, which showed potential buyers a test package as the film is not yet finished, marked the first significant deal of TIFF 2020. Despite the online venue, it’s shaping up to be a more active festival than last year’s.

In Bruised, Berry plays disgraced Mixed Martial Arts (MMA) fighter Jackie who is at the tail-end of her career. When 6-year-old Manny, the son she walked out on years ago, returns to her doorstep, Jackie has to conquer her own demons, face one of the fiercest rising stars of the MMA world, and ultimately fight to become the mother the boy deserves. Based on the description, it sounds like a new-age Rocky complete with hope, redemption and fisticuffs. That’s a solid formula.

Pieces of a Woman (TBD)

Over the weekend, Netflix acquired Pieces of a Woman, a heartbreaking tale about a mother’s journey to recovery after losing her baby at birth. The film, which stars Vanessa Kirby and Shia LaBeouf and marks the English-language debut of Hungarian filmmaker Kornél Mundruczó, made its world premiere at Venice before claiming the festival’s top prize and netting Kirby a Best Actress award. It is being described as the 32-year-old actresses’ career-defining performance.

The film counts Martin Scorsese among its executive producers. “I was emotionally invested in it from the first scene, and the experience only intensified as I watched, spellbound by the filmmaking and the work of a splendid cast that includes my old colleague Ellen Burstyn,” he said of the film. “You feel as if you’ve been dropped into the vortex of a family crisis and moral conflict with all its nuances, drawn out with care and compassion but without judgement.”

Last year, Joker claimed Venice’s coveted Golden Lion award before going on to score a Best Picture nomination at the Oscars. While the dollar amount for Pieces of a Woman are not yet known, it’s likely in the seven- to eight-figure realm. 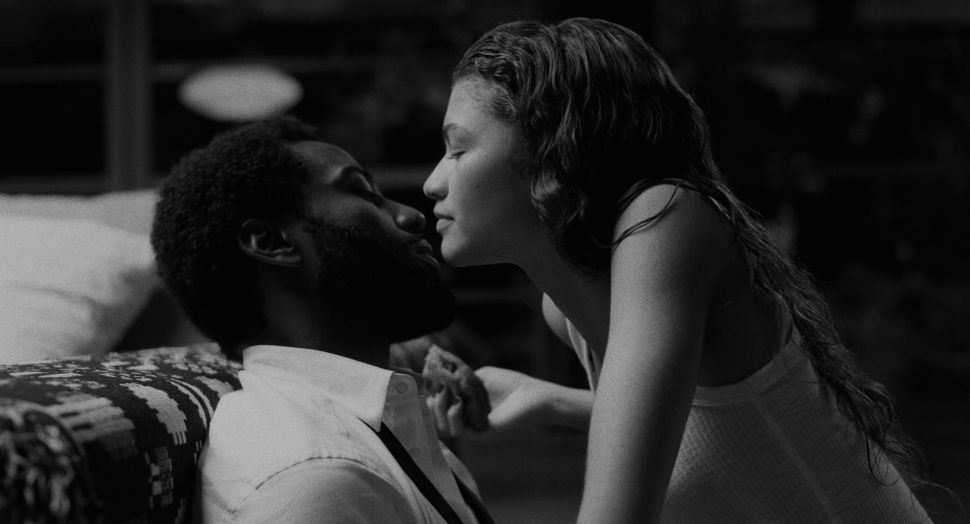