Fans were understandably upset last month when original creators Michael Dante DiMartino and Bryan Konietzko departed Netflix’s planned live-action adaptation of Avatar: The Last Airbender over creative differences. In an open letter penned by DiMartino, however, he did write that they will continue to be involved in the Avatar universe, leaving the door open for rampant speculation and excitement among the growing fanbase.

Since the series and its sequel, The Legend of Korra, premiered on ViacomCBS’ Nickelodeon in 2005 and 2012, respectively, the animated franchise has become one of the most beloved TV creations in recent memory. But with Netflix knocked back to square one two years after first announcing the live-action series, the future of the franchise remains unclear. Unfortunately for fans clamoring for ViacomCBS to reclaim the rights and give it back to DiMartino and Konietzko, that doesn’t appear to be a realistic option.

“There is no obvious recourse,” Matthew V. Wilson, partner and co-chair of the Sports and Entertainment team at Arnall Golden Gregory LLP, where he specializes in entertainment law, told Observer. “My assumption is that Netflix acquired the exclusive right to create the adaptation coupled with a long-term right to monetize it. The precise scope of those rights is unclear, but I can’t imagine that Netflix would invest in the property without securing long-term exclusivity in distribution.”

The contemporary Netflix business model focuses on content creation and ownership, Wilson explained. While the original creators and owners likely retained a contractual right to participate, collaborate and/or consult with Netflix on its development, it’s safe to assume that Netflix possessed the final word on all creative decisions. That’s crucial, as the animated Avatar franchise has grown into one of Hollywood’s hottest pieces of intellectual property.

Reelgood—a streaming aggregator that tracks every TV show and movie available online for its 2 million-plus U.S. users—found that both The Last Airbender and The Legend of Korra rank among the top 100 most-watched TV shows weekly, starting a month before they respectively were added to Netflix. Both titles earned a massive surge in popularity and streams once they were added to Netflix’s catalog. 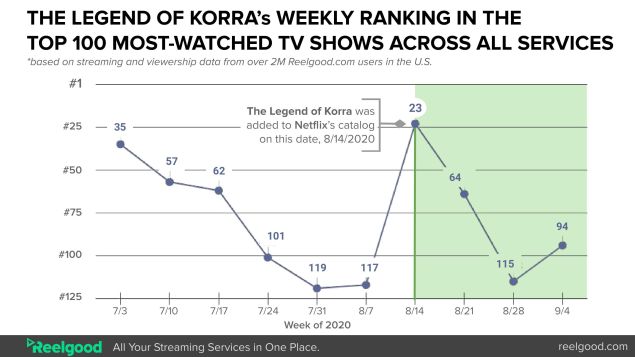 This is backed up by data from Parrot Analytics, a data firm that tracks TV popularity through social media, fan ratings and piracy to figure out who’s watching what. According to their data, The Last Airbender is the 63rd most in-demand digital series in the world over the last 60 days and Netflix’s fourth most in-demand title in the U.S. during that span. Over the last 30 days, The Legend of Korra is the 95th most in-demand digital title worldwide and Netflix’s seventh most in-demand title in the U.S. No matter which way you slice it, the two series are among the most popular both domestically and globally. This is particularly valuable for the future of Korra, which may have more corporate leeway than its sibling series.

“It seems that Korra is currently available on Netflix (and Amazon, Nick and ViacomCBS), which means the owners of the property granted non-exclusive licenses to multiple channels,” Wilson said. “I would imagine that also means that no such adaptation (derivative creation) right was granted to any third parties. So, presumably, Viacom retains the right to make a live-action adaptation.”

ViacomCBS plans to relaunch CBS All Access as super service Paramount+ in 2021 to directly compete with Netflix. In doing so, it would make sense for the company to retain as much of its popular IP as possible. A live-action adaptation or animated sequel to Korra is an obvious move to create attractive exclusive programming for the rebranded streamer. But each of those Avatar fans that Netflix and its 180 million-plus subscribers creates is a potential new ViacomCBS customer down the road. That’s the short-term play at least as ViacomCBS continues to bank lucrative licensing agreements with third parties. But long-term considerations in this age of fragmented SVOD competition will likely result in media silos keeping its coveted titles in-house, similar to how Marvel and Netflix dissolved their collaborative relationship in recent years.

“I would expect ViacomCBS will (1) not renew those third-party agreements after the existing terms expire, and (2) certainly not enter into new deals similar to the existing Netflix deal, which involve exclusivity and/or the right to make sequels, adaptations or other derivative properties,” Wilson said. “At least with respect to ViacomCBS (or any other property owner with its own distribution channel), Netflix will no longer have the leverage to demand the ‘enlarged scope’ deals of a few years ago.” 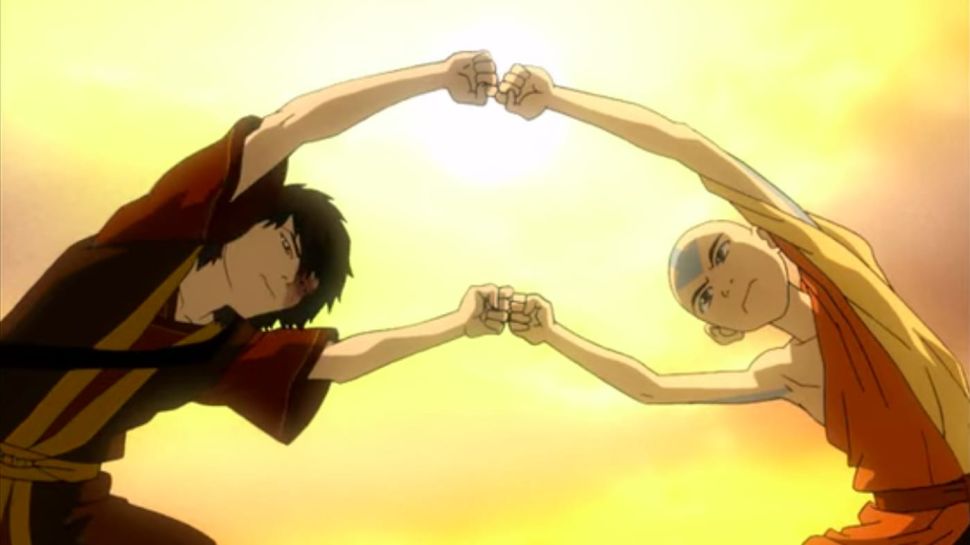