On Wednesday, September 23rd, Christie’s will kick off an auction of a unique collection of work culled from the personal stores of Jane and Kito de Boer, an interior designer and Dutch business consultant who have built up a formidable collection of modern Indian art. The auction, entitled A Lasting Engagement: The Jane and Kito de Boer Collection, represents “the most important single-owner sale of South Asian Modern + Contemporary Art” that Christie’s has put together in the last few years, and its most prominent offering is a work by Modern Indian master Akbar Padamsee that’s estimated to fetch up to $500,000 once it goes on sale.

Paysage (1961), the painting in question, came out of a period in the artist’s life when he was frequently traveling to France to mix with famous contemporaries such as Man Ray, Constantin Brancusi and Alberto Giacometti. As a result, Padamsee began to combine his knowledge of village landscape studies with moody, earthy hues that abstracted and complicated the things he was seeing firsthand. “Art is not self-expression,” Padamsee, who passed away in 2020, told Christie’s in 2018. “Were it so, one would inevitably express one’s inhibitions and complexes…To express any mood or emotions, one must have the knowledge of sublimating the subject matter. Just as you sublimate the subject matter to express it in Art, you need also to operate a metamorphosis on the forms you use to make it Art.”

There are many other examples of remarkable contemporary Asian art in this auction: Rameshwar Broota’s Silent Structures emits an air of unknowable menace, while Francis Newton Souza’s Untitled (Seated Woman) is both provocative and dark. But only Padamsee manages to make brown and yellow swipes on canvas add up to something more than the sum of their parts. 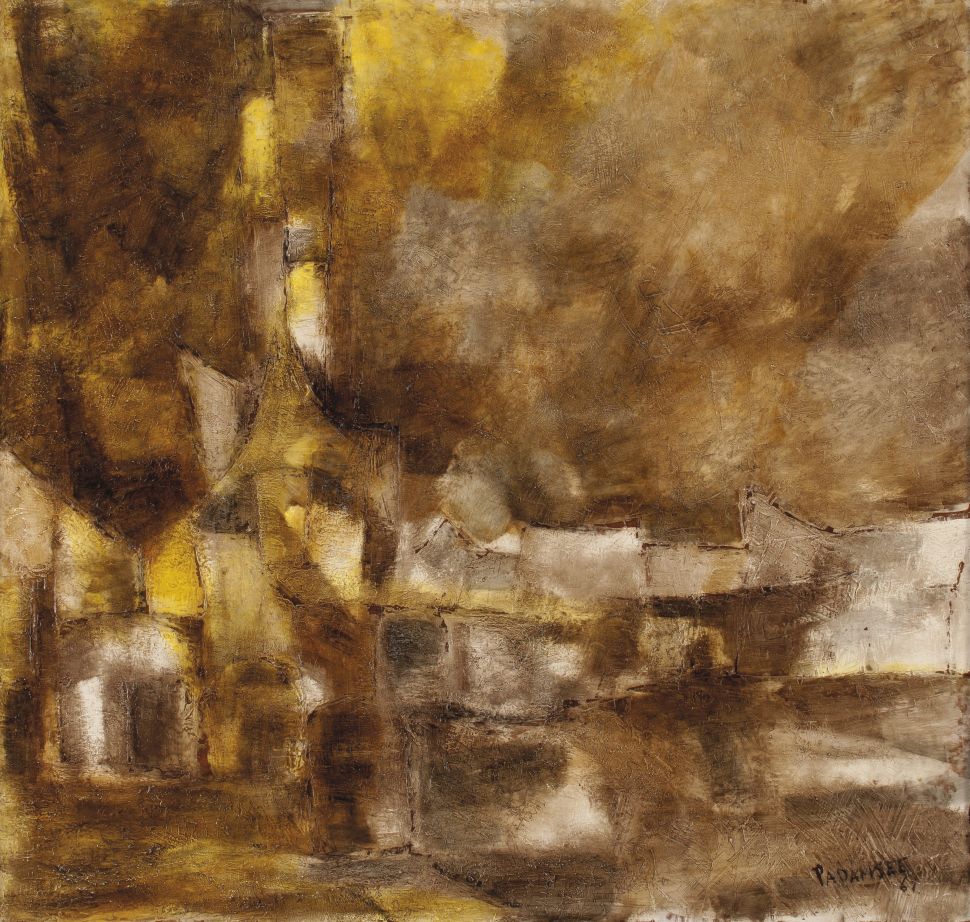