Hydrogen electric truck startup Nikola is facing more troubles as the company grapples with the fallout of recent short-seller attacks and the abrupt resignation of founder and chairman Trevor Milton.

Nikola’s latest investor and manufacturing partner, General Motors, seems to be reconsidering the $2 billion partnership it struck just three weeks ago. The two companies were supposed to close the deal by Wednesday. But GM has decided to extend the talks, according to CNBC.

Under the original agreement, GM would take an 11 percent stake in Nikola while providing the company with battery and hydrogen fuel cell technologies, as well as assembly lines for its Badger pickup truck.

On September 8, the day the deal was announced, Nikola shares popped more than 50 percent. Milton hailed the deal “a partnership made in heaven” in a tweet. And GM CEO Mary Barra proudly called it a “win-win.”

In a hasty move to quell investor anxiety, Milton resigned from the chairman position on September 21 and subsequently deleted his Twitter account. But scandals kept piling up.

Earlier this week, two women—one of whom was identified as Milton’s cousin—filed complaints against the entrepreneur, alleging that he’d sexually assaulted them when they were teenagers in 1999 and 2004. Milton denied both accusations.

In an interview with CNBC, Milton’s replacement Steve Girsky, a former GM executive, said Nikola’s board remains “very supportive” of CEO Mark Russell’s ability to deliver on the company’s plans.

“We’re excited about the vision. The vision excited a lot of people. The job now is about execution,” Girsky said. “And that’s frankly what we’re doing here today. We’re level-setting the company. It’s about execution now on that vision.”

Girsky confirmed that talks with GM are underway, but declined to discuss details. 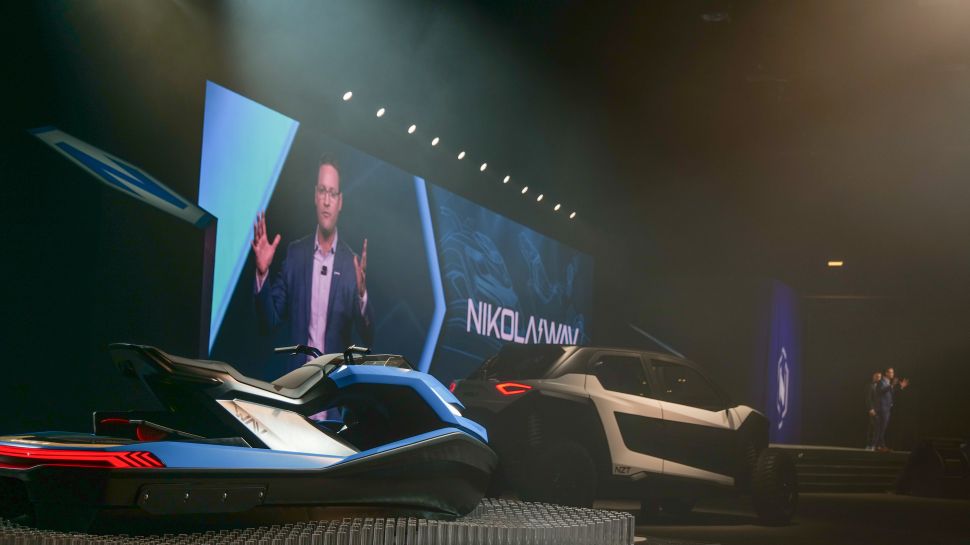