It’s fair to say that the financial fortunes of ViacomCBS have been trending in the wrong direction ever since the two corporate entities remerged last summer. Since the time of their reunification, ViacomCBS’s market valuation has dropped from $30 billion to $18.8 billion as of this writing. But to reinvigorate the company and better adjust to the modern marketplace, ViacomCBS announced in June that direct-to-consumer streamer CBS All Access would be relaunched as a “super service” in 2021 to better compete with the Netflixes and Disneys of the world. In other words, they are going all-in on the streaming craze.

Today, the company unveiled Paramount+ as the brand name for its upcoming global streaming service, which will rebrand the current video on-demand and live-streaming service CBS All Access in early 2021. The goal is to feature content from ViacomCBS’ portfolio of broadcast, news, sports and entertainment brands. Crucially, this expansion will also bring Paramount+ to international markets with planned debuts in Australia, Latin America and the Nordics in 2021.

Since Wall Street can’t seem to resist the allure of tech-based long-term upside stocks such as streaming, ViacomCBS is already profiting from their plans. The company’s stock has improved be nearly 2% this morning as of this writing. Since announcing their relaunch plans in June, share price has improved nearly 31%.

“Paramount is an iconic and storied brand beloved by consumers all over the world, and it is synonymous with quality, integrity and world-class storytelling,” said Bob Bakish, President and CEO, ViacomCBS. “With Paramount+, we’re excited to establish one global streaming brand in the broad-pay segment that will draw on the sheer breadth and depth of the ViacomCBS portfolio to offer an extraordinary collection of content for everyone to enjoy.”

As of now, CBS All Access is built around the Star Trek brand, with multiple live-action and animated series already up and running with several more on the way. The corporate remerger lends itself to more crossover potential, should the franchise go in that direction.

CBS All Access also houses the Jordan Peele-produced revival of The Twilight Zone, The Good Fight, as well as a back catalog of television series and films. In December, the streamer will debut its adaptation of Stephen King’s The Stand, which would go a long way in helping ease customers into Paramount+ should it break out as a hit. CBS All Access houses more than 20,000 episodes and movies from BET, CBS, Comedy Central, MTV, Nickelodeon, Paramount Pictures and more. According to data analytics firm Parrot Analytics, Star Trek: Discovery, Star Trek: Picard, and The Good Fight have been the streamer’s three most in-demand original series over the last 60 days while SpongeBob, Avatar: The Last Airbender and Avatar: The Legend of Korra are the three most in-demand shows overall.

In preparation of the relaunch, ViacomCBS has been expanding CBS All Access’ programming coffers with more than 3,500 new episodes from their respective brands. This has led to new records for total month streams in August and a surge in new subscriber sign-ups, though the latter is widely attributed to the return of the NFL. Importantly, ViacomCBS is attempting to recruit a new demographic of users, and August’s growth was driven by younger users than the services overall average subscriber age. Similarly, Disney executives were thrilled with Hamilton‘s ability to expand the customer demo of Disney+ and attract older viewers.

Leading up to the early 2021 rebrand to Paramount+, CBS All Access will expand its content offering to more than 30,000 episodes and movies and continue to develop additional original series across brands including BET, CBS, Comedy Central, MTV, Nickelodeon, Paramount Pictures and more, transforming it into a diversified super service for the ViacomCBS portfolio.

“The response from consumers in just the early weeks of the service’s expansion already illustrates the tremendous opportunity ahead of us in bringing these phenomenal ViacomCBS brands together in one premium streaming home under the new Paramount+ name,” said Marc DeBevoise, Chief Digital Officer, ViacomCBS and President & Chief Executive Officer, ViacomCBS Digital. “With the addition of even more content from across the portfolio as well as the new exclusive originals we are announcing today, we look forward to the early 2021 rebrand and bringing existing and new subscribers more of the compelling, genre-spanning live sports, breaking news and mountain of entertainment ViacomCBS has to offer.”

Per the company’s FYQ2’20 earnings, domestic pay streaming subscribers reached 16.2M, up 74% year-over-year. Assuming CBS All Access received the same boost that other streamers did from the home confinement forced by the coronavirus pandemic, that number may now be higher.

A previous version of this article used an outdated subscriber figure for ViacomCBS. 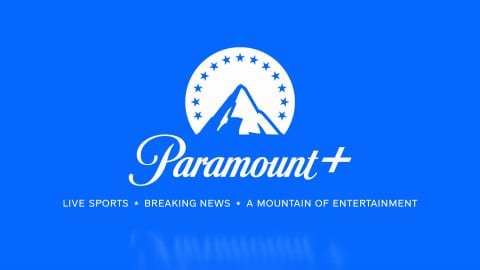