Paris Hilton has long been known as a woman famous for being famous—which is today the norm of influencer culture. Over the years, the socialite has built a public persona as ditzy, an image that over the years has been fueled by sexism and myriad media controversies. But now she has a documentary about her life aimed squarely at addressing such misconceptions. The new film directed by Alexandra Dean, titled This Is Paris, will premiere as a YouTube Original on September 14.

This Is Paris is not just any documentary. It’s not simply a behind the scenes look into the life of a media icon and successful businesswoman. This is the film that is intended to make Paris Hilton the face of an important, blossoming social movement—an effort to shut down the troubled teen industry for good. Hilton opens up as a survivor in the film, detailing events she has never disclosed publicly before, largely out of fear of the impact the revelations could have on her brand.

The troubled teen industry includes “tough love boarding schools” that have disturbing histories of abuses. They run rampant with stories of sexual assault, forced manual labor and, in some cases, stories of forcing kids into “fight clubs.” The particular program Hilton attended as a teenager was the Provo Canyon School in Utah.

“As soon as I walked in there staff members targeted me and had it out for me,” Hilton tells Observer of the experience, which is also described in the film. “It was torture. It was abuse. It was a living nightmare.”

Hilton outlines how she was abducted from her home in the middle of the night and allegedly assaulted by workers at the Provo Canyon on a regular basis. She also recalls being restrained, involuntarily medicated and locked in solitary confinement. In the film, Hilton says her experience still gives her nightmares to this day and have resulted in significant trust issues.

Hilton is the first high profile celebrity to take on the troubled teen industry, which has accumulated a mass of startling accusations of human rights abuse. The industry was quite literally born out of the teachings of a cult called Synanon. Troubled teen programs have been either directly created by followers of what’s been called the world’s most dangerous cult, or those who fully embrace their teachings. Hilton is the biggest name to come forward publicly with accusations of abuse, at least so far.

Observer spoke with Hilton to discuss the film and what impact she hopes it will have on the troubled teen industry. Here’s the conversation.

Observer: You are going to be the face of a new social movement. What is your goal with this film in terms of taking on the troubled teen industry?

Paris Hilton: My goal is to bring change and end the troubled teen industry by shining a light on it and also encouraging other survivors to tell their story. I think that this is a subject that a lot of people have never really discussed. Maybe it is because they didn’t believe the children. Just from being in there you are so traumatized. You don’t even want to think about it or talk about it. You are almost ashamed of it when it is not the child that is ashamed. It should be the people doing this to the children that should be ashamed of the way they treat them and abuse them.

I’ve contacted Sarah Gelser, the [state] senator from Oregon. I want to help take this to legislation to make a difference. Hopefully with that we can make a change and shut these places down.

I can’t go to bed at night knowing that if I don’t say anything this is going to continue to happen.

What made you want to take this on at the immediate moment? We’ve got protests in the streets and an unprecedented pandemic. Why now?

We filmed this movie over a year ago. The camera crew followed me around for a year and a half. It was supposed to open at Tribeca Film Festival and go into movie theaters, but then obviously with the pandemic that had to be pushed and rescheduled. The timing on this was not planned, and I wanted to push this even more but I am not in control of that.

Also with the film, it was originally [that] I just wanted to talk about my life and being a businesswoman and what I’ve created, because a lot of people didn’t really know how I really was. My experience with the troubled teen industry came out organically because I just felt so comfortable with the director. You see in the film that I am so emotionally, physically and mentally exhausted. I ended up opening up to her about that. I didn’t really know that I would continue to discuss it but it is such an important topic. We discussed what this could do for other children. I just thought about it. I was losing sleep at night thinking I can’t go to bed at night knowing that if I don’t say anything this is going to continue to happen.

So, you did not originally intend to take on the troubled teen industry?

No, when I got out of there I was so traumatized and it was just so painful to think about that I decided I was never going to tell anyone or discuss this. I wanted to act like this never happened. I wanted to bury it in my mind and not think about it.

Is there an experience at Provo Canyon the sticks out as particularly painful or was it your entire time there?

It was the entire time. As soon as I walked in there staff members targeted me and had it out for me. It was torture. It was abuse. It was a living nightmare. I literally thought I was in a nightmare. I couldn’t believe it was really happening and seeing what they were doing to everyone in there. It’s not just Provo. It was CEDU, Cascade and also Ascent, which is a wilderness program.

I want to take a step back here, in your film you say one reason you hesitated in coming forward was about the impact it would have on your brand. There are some prominent names of people who’ve gone through these programs who feel the same way you did. What is your advice to them about changing their tune on this?

My advice to them would be: You have a platform, you have a voice. By telling your story you are going to empower other survivors to not feel alone. I am hoping that my bravery will inspire others who have a platform to feel comfortable to come forward and tell their story. The more people that come forward and tell the truth, the bigger the change. It’s not your fault. It’s not a child’s fault. It’s these adults that are doing this to them. They are making money off these children. The people who work in these places aren’t even required to have degrees in psychology, and they are pretending to be therapists. All they are doing is giving a child more trauma.

I am working with Breaking Code Silence to pick a date and have all the survivors with all their stories and videos at the same time with that hashtag [#BreakingCodeSilence]. Then also we will talk to other people involved like senators. I am not going to stop using my platform until change occurs.

You mentioned in the film that your experience has really driven some of your career goals. Can you tell us about that?

Just being there was so terrifying and like a living nightmare everyday, so the only thing that kept me going and kept my sanity was just thinking about who I was going to become when I got out of there. I thrived for success because I saw success as freedom. I wanted to be so successful that no one could tell me what to do again. It gave me such drive. I am really proud of the woman I’ve become even through this hardship. 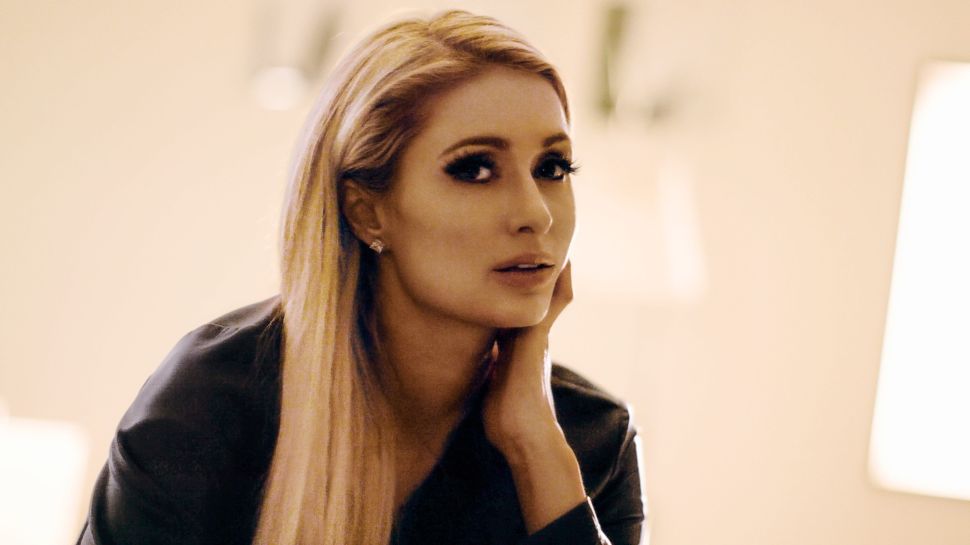