This week, the directors of the National Gallery of Art in Washington, the Museum of Fine Arts in Boston, the Tate Modern in London and the Museum of Fine Arts in Houston jointly released a statement announcing that a planned retrospective exhibition on the works of American painter Philip Guston that was delayed from its summer debut is in fact being postponed until 2024. The museum directors justified this move by saying that displaying Guston’s creations needed to be put off “until a time at which we think that the powerful message of social and racial justice that is at the center of Philip Guston’s work can be more clearly interpreted.”

While the directors don’t say explicitly which work of Guston’s they’re referring to, they almost certainly are taking issue with the artist’s numerous paintings that include hooded Ku Klux Klan figures. Guston began painting Klansmen, whom he unambiguously hated and feared, in the early 1930s, but ramped up his depictions of them in the midst of the civil rights upheaval of the late 1960s.

Guston’s paintings of Klan figures were the farthest thing from an endorsement of white supremacy and violence: rather, he sought to illuminate the ways in which America had failed to follow through on its promises of democracy. He also implicated himself in this failure by painting himself in Klan robes. In the wake of the announcement that the Guston retrospective had been postponed for four more years, many art world figures took to social media to condemn the decision in no uncertain terms.

Musa Mayer, Guston’s daughter, told ARTnews that she was “saddened” by the show’s delay. “Half a century ago, my father made a body of work that shocked the art world,” Mayer added. “Not only had he violated the canon of what a noted abstract artist should be painting at a time of particularly doctrinaire art criticism, but he dared to hold up a mirror to white America, exposing the banality of evil and the systemic racism we are still struggling to confront today.”

“Remember when it was the right wing who wanted to censor everything?” the writer Adam Lehrer said on Twitter. “Museums have decided that Philip Guston, one of the few late modernists who had real leftwing commitments, is too hot button. Pathetic.” It was a sentiment being echoed across social media. “Cowards and idiots,” JJ Charlesworth, the editor of Art Review, added while referring to the museums. 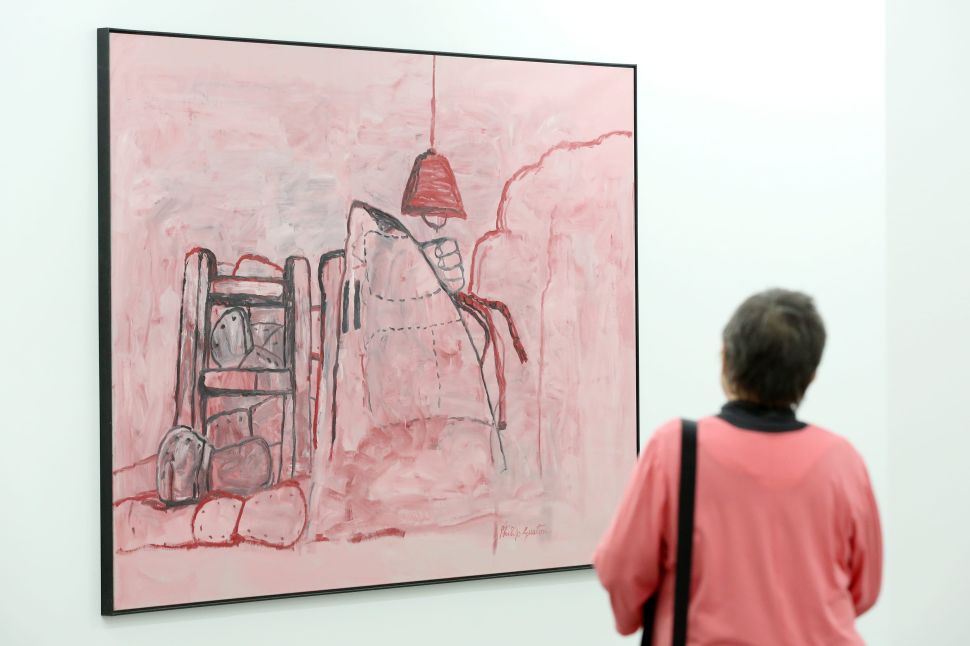