Despite the fact that he’s been dead since 1973, it’s been a busy summer for Pablo Picasso; or at least it’s been a busy summer for his artwork. In July, Picasso murals on the side of executive buildings in Oslo were moved despite local protests, and in August, a young man who attacked a Picasso canvas unprovoked was sentenced to 18 months in prison. Now, Christie’s has launched a new auction entitled “Nourishment for the Soul” featuring a collection of Picasso prints formerly owned by Harald Herrmann, the CEO of Second Harvest Food Bank in California. A share of the proceeds will be going to Herrmann’s organization, and the most interesting listing in the sale is the etching Le Repas frugal, which is estimated to sell for up to $200,000.

This print, which Picasso (astonishingly) made when he was only 23 years old, falls at a pivotal point in the artist’s development: it was created between the melancholic Blue Period and Picasso’s Rose Period, which was defined by the artist’s distinct fascination with wandering acrobats. As such, the image that he produced here is a little bit of both. In “The Frugal Meal,” the two people eating are emaciated and desperate-looking; gazing morosely into space as they potentially contemplate their bereft options. Perhaps they are performers unsure of how to earn money for their next meal, or perhaps they are simply a deeply unhappy couple waiting for the other to verbalize this unhappiness.

In his early twenties, Picasso demonstrated his virtuoso skill by learning printmaking from Ricardo Canals in Montmarte and made the etchings on display in this auction shortly afterwards. Like John Lennon, who once told Rolling Stone “I’m an artist, and if you give me a tuba, I’ll get you something out of it,” Picasso was so fluid with his skill that it came across in everything he tried. 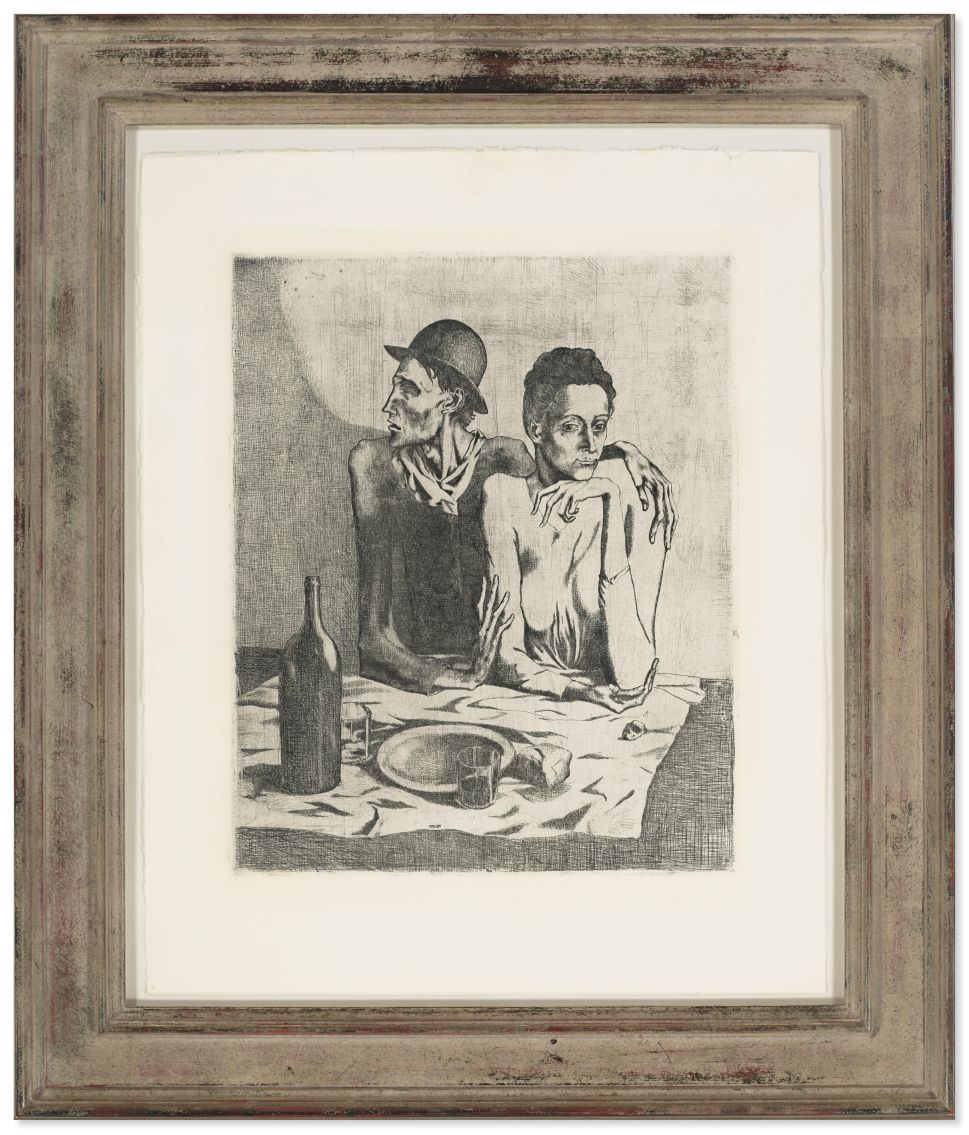