The Duke and Duchess of Sussex made their first joint television appearance since stepping down from their official royal roles, and it was for a very good cause. Prince Harry and Meghan Markle filmed a video as part of the TIME100 special in honor of Time‘s annual list of the 100 most influential people, and it aired on ABC on Tuesday, which was National Voter Registration Day.

“Every four years, we are told the same thing—that this is the most important election of our lifetime. But this one is,” Meghan said in the video. “When we vote, our values are put into action and our voices are heard. Your voice is a reminder that you matter, because you do, and you deserve to be heard.”

Meghan also urged viewers to honor the “scientists, researchers and medical professionals who are leading the fight against COVID-19. Or the countless voices who are speaking out with passion and purpose against injustice and inequality and to those silently marching in solidarity, in peaceful protest to stand for what is just and what is right.”

“It’s time to not only reflect, but act.” This #NationalVoterRegistrationDay, join #Time100 alumni Harry and Meghan, the Duke and Duchess of Sussex, in taking action for the future. pic.twitter.com/JerXHxiZK3

Prince Harry explained that he’s not able to vote in the upcoming November election in the U.S., as he’s not a U.S. citizen, and admitted he’s never been able to vote in the U.K. in the past, as the royal family is expected to be politically neutral. He also urged everyone to fight against online negativity and be aware of false information. “As we approach this November, it’s vital that we reject hate speech, misinformation, and online negativity,” he said.

“As we work to reimagine the world around us, let’s challenge ourselves to build communities of compassion,” Meghan agreed.

Prince Harry and Meghan, who were named to the TIME100 list in 2018, would likely never have been able to speak out in this way if they were still senior royals, but now that they’ve stepped down from their official roles and are financially independent, they’ve become more vocal about important social and political issues.

If you’re not sure if you’re registered to vote, just head over to Vote.org to check your status, and register if you haven’t yet! 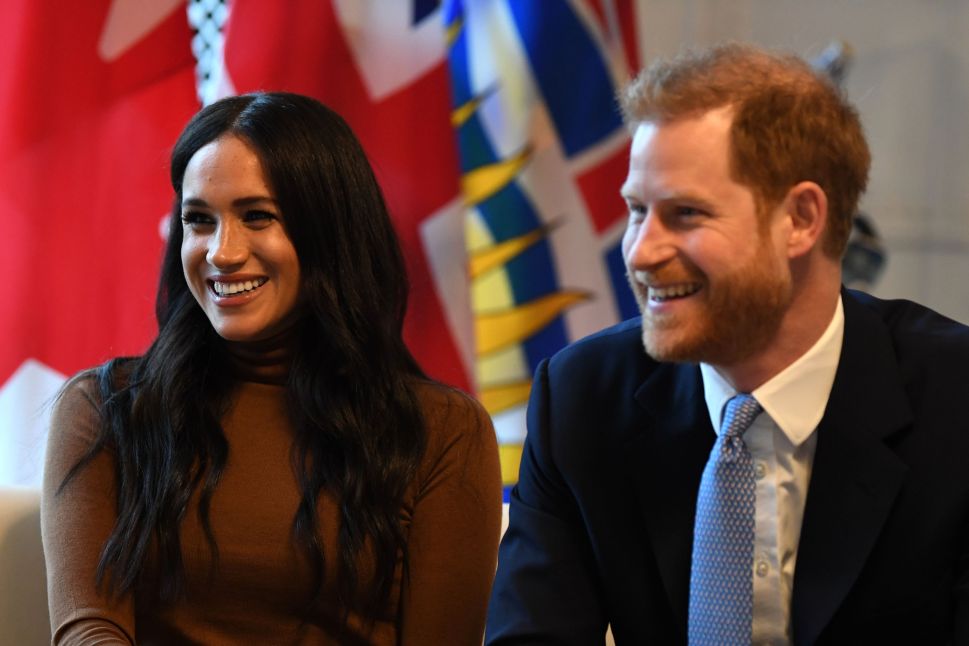