It’s been an even slower summer than usual for the royals, who usually take on fewer official engagements during the warmer months, so that they can have a bit of time off. The coronavirus lockdown changed up the usual schedule, though the royals have continued to work and complete virtual events via Zoom as well as local socially distanced engagements.

Now that September has arrived and the U.K. school term is just around the corner, Prince William and Kate Middleton are getting back to work. But Prince George and Princess Charlotte are starting up school again next week, as Thomas’s Battersea fully reopens for the term on September 7. Prince William and Kate are expected to move back to Kensington Palace beforehand.

SEE ALSO: Meghan and Prince Harry’s Montecito Neighbors Are Annoyed With the Paparazzi

The Duke and Duchess of Cambridge haven’t been back to London since March, as they relocated to their Norfolk country home, Anmer Hall, with Prince George, Princess Charlotte and Prince George during the lockdown, and remained there while homeschooling their children.

Prince William and Kate did take their children on a quick family getaway to Tresco in July, and the Cambridges have been on a short holiday at Balmoral since last weekend, spending time with Queen Elizabeth and Prince Philip.

U.K. lockdown restrictions have eased up, though Queen Elizabeth and Prince Philip still won’t return to Buckingham Palace in London after their Balmoral vacation. Instead, they’ll go to Windsor Castle, where they are expected to remain until at least next year.

Prince William and Kate, however, will be back in London this month. According to Daily Mail royal reporter Rebecca English, there will be plenty of royal engagements coming up next week, as a “new royal ‘term’ is about to start,” though of course social distancing protocols will be in place.

31,598 submissions! 📸 • There were 31,598 portraits submitted to #HoldStill2020 as you shared your stories and experiences of lockdown. Ahead of showcasing the final 100 images in a digital exhibition from Monday 14th September, The Duchess of Cambridge has selected some images as a sneak peek of those that have made the final selection. The photography project was focussed on three core themes – Helpers and Heroes, Your New Normal, and Acts of Kindness. A selection of the final 100 images will be shown in towns and cities across the UK later in the year. 1st picture by Hassan Akkad 2nd picture by Robert Coyle 3rd picture by Tim Hayward

The Duchess of Cambridge, who is an avid amateur photographer, has also been busy at work on her big “Hold Still” community photography project. Kate teamed up with the National Portrait Gallery (of which she is Patron) in May and asked people from around the U.K. to submit a photographic portrait showing their lives amid the coronavirus pandemic, focusing on the three themes of helpers and heroes, your new normal and acts of kindness. Kate and a panel of judges received over 31,000 submissions, and they’re selecting just 100 final images. The digital exhibition launches on September 14, and a selection of the photos will be displaying in town and cities around the U.K. later this year. 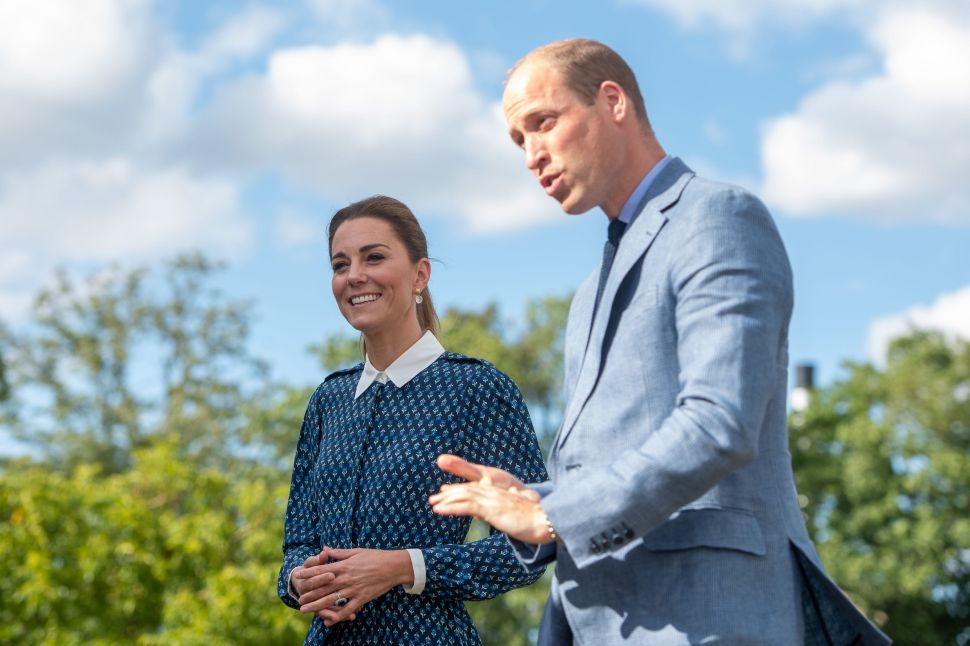