It’s already shaping up to be a very busy month for Prince William and Kate Middleton. The Duke and Duchess of Cambridge moved back to Kensington Palace this week, after months of living at their Sandringham country home, Anmer Hall, in Norfolk throughout the U.K. coronavirus lockdown. The Cambridges, who recently went on a family trip to Balmoral to see Queen Elizabeth for the first time since March, are now settling into their London home and getting back to work.

Prince George and Princess Charlotte are going through a big change this month, as the two eldest Cambridge children returned to school at Thomas’s Battersea, after months of remote learning.

While the Cambridges enjoyed being able to spend the past few months together as a family, they’re not exactly missing the added stress of homeschooling that many families have experienced. On a recent visit to Belfast, Prince William told a police officer that he thinks “every parent is breathing a sigh of relief that school has started again,” and “it’s been wonderful, but it’s been a long five months.”

Prince William and Kate didn’t waste any time getting right back into (socially distanced, of course) royal engagements upon their return to London. Prince William, who is President of the Football Association, had a telephone meeting with the FA’s CEO, Mark Bullingham, as well as a phone call with professional footballer Daniel Alves, per the Court Circular.

Duchess Kate seems to have welcomed her first official visitor to Kensington Palace, as according to the Court Circular, she received Jason Knauf, the Chief Executive of the Royal Foundation of the Duke and Duchess of Cambridge, last Friday.

Kate’s big photography project, “Hold Still,” also launched its digital exhibition today. In May, the Duchess of Cambridge worked with the National Portrait Gallery, and asked people from all over the U.K. to submit a photo portrait depicting their lives amid the COVID-19 crisis, with the three themes of Helpers and Heroes, Your New Normal, and Acts of Kindness. Kate and a panel of judges received over 31,000 submissions, and the final 100 images are displayed in the “Hold Still” digital exhibit. A selection of photos will also be shown around U.K. towns and cities later this year.

📸 Today the final 100 images for the Hold Still digital exhibition have been unveiled #HoldStill2020. The Queen has written a message sending her best wishes and congratulations to all those who submitted an image to the project. ⬅️Swipe through the images to read Her Majesty's message. The Duchess of Cambridge shared a selection of the portraits featured in the exhibition with Her Majesty last month, some of which are shown above. #HoldStill2020 has been curated by The Duchess of Cambridge and the @nationalportraitgallery, and features one hundred portraits selected from 31,598 submissions made during the project’s six-week enty period. The images present a unique record of our shared and individual experiences during this extraordinary period of history, conveying humour and grief, creativity and kindness, tragedy and hope. Head over to @kensingtonroyal to find out more!

Kate showed Queen Elizabeth a number of the portraits last month; the Queen shared a message to mark the exhibition launch. “It was with great pleasure that I had the opportunity to look through a number of portraits that made the final 100 images for the Hold Still photography project,” Queen Elizabeth wrote. “The Duchess of Cambridge and I were inspired to see how the photographs have captured the resilience of the British people at such a challenging time. The Duchess 0f Cambridge and I send our best wishes and congratulations to all those who submitted a portrait to the project.” 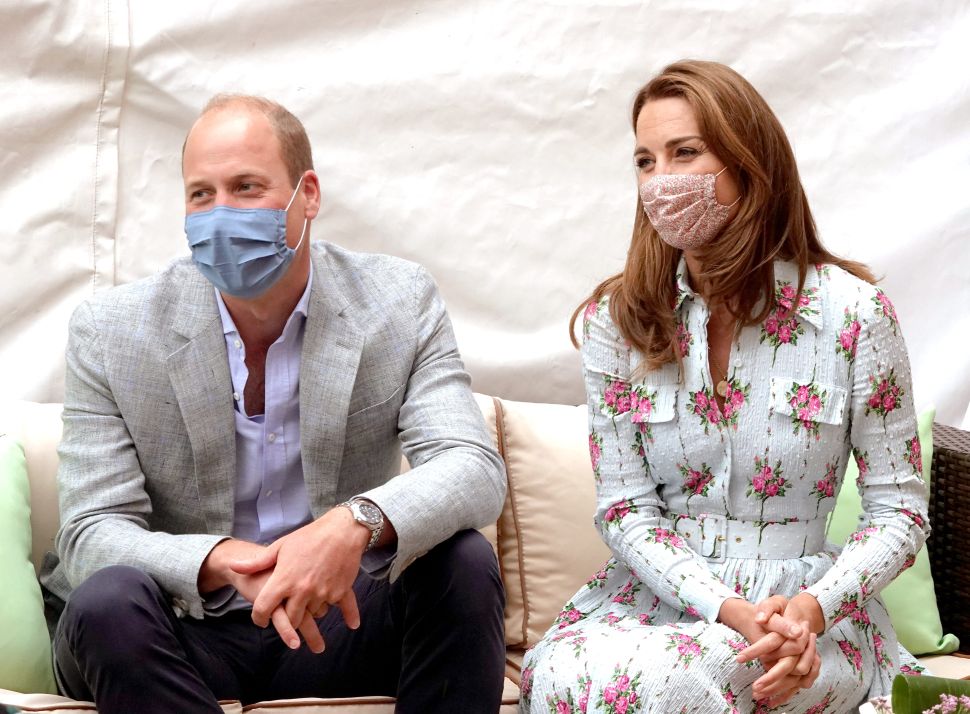