Since the early 19th Century, public libraries in the United States and throughout the world have thrown open their doors to people from all backgrounds, offering the gift of reading, supporting education and encouraging a sense of community. Sadly, some of the services offered have been undervalued in recent years—with budget cuts both in the U.K. and U.S. leading to shortages in funding for some libraries.

Meanwhile libraries, whose free resources can be a lifeline for both readers and the wider community, have been quietly adapting to a changing world—improving and expanding their offering, introducing more online access and continuing to provide an invaluable service.

This behind the scenes diligence meant that during the pandemic, libraries were able to prove themselves to be more resilient, future-proof and adaptable than many of us may have realized. In fact, the coronavirus crisis has enabled many libraries to truly prove their worth.

When the U.K. and U.S. imposed lockdown measures in March, libraries were forced to close their doors to the public, causing great consternation among users and library staff. “Our Chief Executive, Fiona Williams spoke for all of us when she said that she was heartbroken when we had to close libraries following government advice in March,” Gillian Holmes, executive assistant of Explore York Libraries and Archives in the U.K. told Observer. “We understand that libraries have an essential role to play in these challenging times, especially for our most isolated and vulnerable.”

Finances were also affected by lockdown measures, and while some libraries benefited from a financial boost during the crisis—with York libraries receiving an additional £17,000 ($2,200) from the city council to extend their range of virtual services—others were forced to shift their budget or even found their finances taking a hit. “We closed on March 14, but by the first week of May we knew that as a city we were facing a pretty big budget shortfall, so the library placed 60 percent of our staff on temporary furlough,” explains Kate Larsen, director of Tacoma Public Library. “That was just to realize some of the immediate budget savings for this current budget year.”

“We were able to reallocate almost overnight a small portion of our print budget because we were buying fewer copies of new releases, etc, in their current form,” says Brian Bannon, the Merryl and James Tisch director at the New York Public Library.

After the initial shockwave caused by lockdown measures, libraries were quick to spring into action, promoting existing online content, providing new remote services and finding safe ways to keep the public connected with both their reading and the wider library community. Luckily, most libraries were already much better equipped to do this than many of their customers realized, with online services available but often underused until this year.

“The good news was that many of our online services were already live, for example, our reading app has been running for over a decade,” Bannon told Observer. “So we were able to improve our visibility and advertise the 300,000 materials we had available.”

“We had a strong digital presence already,” agrees Bruce Leeke, chief executive of Suffolk Libraries in the U.K. “Apps and programmes available saw a great uptick in use—with our press reader app use increasing by over 287 percent during lockdown.”

The public’s discovery and use of existing online content is one of the few upsides of the pandemic, as many libraries saw their hard work on undervalued virtual content pay off: “For us we felt as if we were finally being seen and valued,” Larsen told Observer of the response from the surrounding Tacoma community.

As well as relying on existing materials, many libraries also worked to develop additional content for customers stuck at home, despite staff shortages caused by furloughs or lack of childcare. “We’ve launched a number of online services including live book readings, education programmes, painting classes and games,” Leeke told Observer. “Over lockdown we also started live streaming of services through Facebook live—everything from early years activities to networking groups for older people. Between March and the end of May we livestreamed nearly 2,500 live events.”

This increase in digital offerings may well be something that continues even after the pandemic has ended. “When we locked down, those staff who were not furloughed worked tirelessly to take libraries online. Now we are physically open again, we have two services running in parallel with many new users through our online services,” Holmes told Observer. “We are seeing bigger audiences online and we will be continuing these kinds of events alongside in-person programs as soon as these are safe to restart.”

Despite the challenges and the necessity to protect public health, libraries also worked to find a solution for those who wished to enjoy physical books. New York Public Library and Tacoma Library, neither of which have yet been able to open their doors, have worked hard to introduce a curbside pickup service where customers are able to reserve their favorites for librarians to pick from the shelves. Books are then collected without direct contact and returns quarantined for 72 hours or more to ensure minimal risk.

A similar service has been developed in many other libraries across the U.K. and U.S., with some now also offering limited access to traditional visitors again. “In the start of July, about a week and a half after opening, we started our reservation service so you could reserve the books you wanted and collect them. And more recently, over the last two to three weeks, we’ve reintroduced browsing with one-way systems and social distancing and limited people depending on the size of the site,” Leeke told Observer.

Readers who think of library services as simply offering opportunities for reading and research may also be surprised to learn of the valuable and usually free community outreach that many libraries provide. Such services are not usually quantifiable in a monetary way, however a review of Suffolk Libraries by an accountancy firm recently estimated that the services they run to help mental health and wellbeing generate £2 million ($2.5 million) of what is known as “social value”—the saving to society made by intervening at an earlier stage and providing a lifeline to those who might otherwise need more medical support or intervention.

Knowing that some of their customers would be particularly vulnerable without the human contact provided by their local library, Suffolk libraries began a “lifeline telephone service” where library staff made calls to vulnerable or potentially isolated users. “We made 6,700 calls between March and the end of May to vulnerable people—we helped people to access help and support but also just provided access to a friendly voice on the phone,” explained Leeke.

New York Public Library also worked to ensure that underprivileged users had access to the technology required to take advantage of library services through a partnership with the department of education. “We were able to work together on the distribution of 300,000 internet-enabled devices to our existing families at home who needed to complete the school year,” Bannon told Observer. “We also started a ‘book away’ program where we gave out free books, particularly for kids who weren’t able to check out materials online.”

Libraries in London also “set up virtual IT training sessions to help people at home who would otherwise be completely isolated to Zoom to keep in contact, use the internet to order groceries and other useful tasks,” Caroline Rae, chair of London Libraries, told Observer.

These new initiatives have flagged up all the more the need for intervention in certain areas, and many libraries are hoping to keep some or all new services running. “We’re trying to create a hybrid now of what we did during lockdown. We want to make sure we can reach people wherever they are and whatever their circumstances,” Leek says.

Moving forward, as well as continuing to offer their existing service, libraries may take on a new importance in what is likely to be a tough economic time for many. “Libraries also have a role to play right now in skills enhancement, job-seeking, and bolstering and supplementing children’s education,” Rae told Observer.

During this time of crisis, libraries have shown not only their resilience and value but the fact that they are able to adapt, and continue to support local community members even in the direst of circumstances. More importantly perhaps they have alerted both the public and those in government to their importance in the modern world. 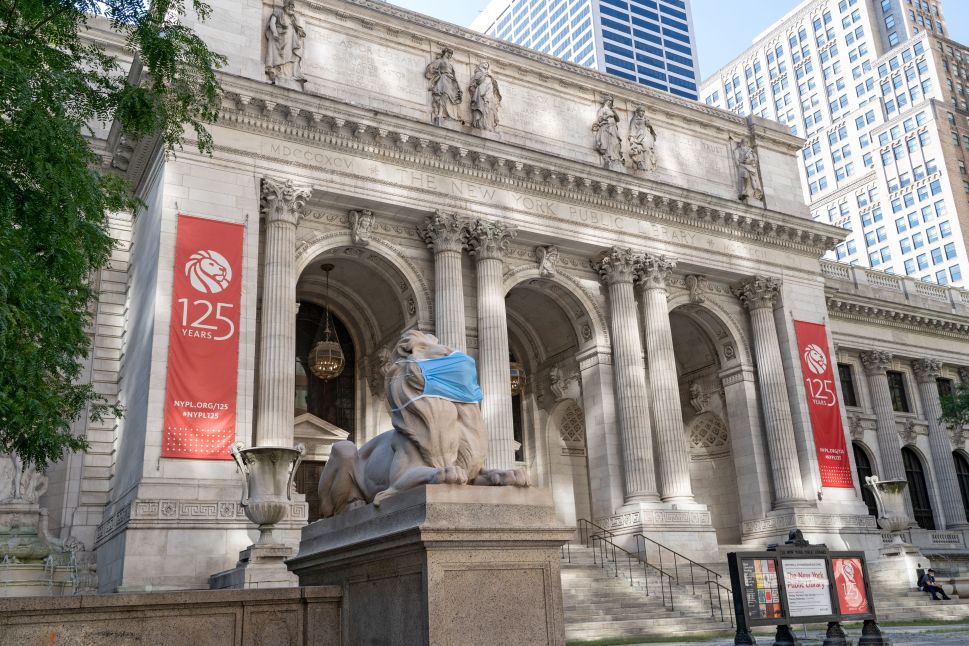