It doesn’t matter if he’s playing an apocalyptic middle man, a Dad at wit’s end, or a closeted loner—there’s just something invariably watchable about Richard Jenkins. The veteran actor is a natural, both in talent and execution. He’s an organic entertainer capable of holding your attention with both muted, affect-less characters and the eccentric etches on the periphery of society. For his next project, Sundance Film Festival darling Kajillionaire which arrives today from Focus Features, his role as Robert falls squarely in the latter camp.

Written and directed by Miranda July, Kajillionaire is driven by two con artists who have spent 26 years training their only daughter, Old Dolio (played by a nearly unrecognizable Evan Rachel Wood), to swindle, scam and steal at every turn. During a desperate and hastily conceived heist, they charm a stranger (Gina Rodriguez) into joining them, only to have their entire world turned upside down. It’s a wry and bizarre family comedy with just the right amount of heartbreak.

Jenkins has been working steadily across stage, TV and film for nearly 50 years. He has more than 100 credits to his name. At this stage in the game, he knows what he likes and what he doesn’t. Yet even he was surprised how quickly he was convinced to join Kajillionaire. In talking to Observer, Jenkins revealed his not so secret formula to choosing projects, the pleasant surprises of his career, and how he views his career as a character actor.

Observer: You’ve previously said that Miranda July’s writing is what initially attracted you to this movie. What specifically stuck out to you?
Richard Jenkins: It’s just the way she writes. It’s not a formula. You can tell within the first two pages that it has possibility. Sometimes, it’s a big surprise like that. She writes people, she doesn’t write characters so much. You read them and you wonder what is this person like, who is this guy, who is this woman? It’s just interesting. She writes exposition beautifully, which is really hard to do. You just know this is a talented writer with a vision and you just want to be a part of it.

Miranda has said she hopes people relate to this story because it’s unconventional. You have a very eclectic resume with a lot of projects some might consider unconventional as well. Is that a conscious decision on your part or just a happy accident of quality writing?
The truth is, I don’t seek out anything. I don’t look for specific parts. When I was in theater, I never said, ‘Oh, I have to play this part.’ I never thought that way. I just look for stuff that interests me, that I think I can bring something to. It’s just a feeling you get when you read something. I get this this feeling of really wanting to see where the story goes. Sometimes you do things for money and sometimes you do it because it’s really interesting.

You’re the only male lead here. In The Shape of , you play a lonely and isolated man. In previous interviews you’ve said you were an only child who understands that loneliness and yearning for connection. Do your personal experiences always play a role in the characters you’re attracted to?
Absolutely. It’s who you are and how you think. You’re all you have so don’t ignore that, use it. You’re it. Your perspective is only yours, it’s nobody else’s. So, yeah, it plays a huge part.

So you’ve never been one of those actors that purposely looks for characters that are completely different from themselves?
Well, just because you connect with a character doesn’t mean they have the same experiences as you. It’s that there’s something inside the character you want to tackle and I’m sure that comes from somewhere in your history. I can’t remember playing anybody who’s like me. I don’t know, maybe I have, but it’s my perspective of those people.

You’ve said that to be an actor who can afford three meals a day, you sometimes have to work on projects you don’t totally believe in. Are there any shows or films on your resume that you went in unsure of but came out pleasantly surprised?
Yeah, there have been. I don’t want to sound like I regretted doing them, but I had an experience in a movie called Dear John with Channing Tatum and Amanda Seyfried. Lasse Hallström directed it. It was the character, it was like I just didn’t see him really and I couldn’t figure out what he was doing. Through filming and working with Hallström, we fund the disguised world and I ended up really loving it. I loved doing it. I thought it was really what the character was meant to be by the end.

Six Feet Under is a big entry in your career even though you were only in 21 episodes. Whether it be a small supporting role there or a hilarious one scene appearance in There’s Something About Mary, you manage to turn smaller supporting roles into something memorable. How do you approach characters that don’t have a ton of screen time?
Well, they have to film you. If you do the roles, sometimes you’ll do the small role and you are a secondary in the whole theme of things. No matter what you do or think about the way you want to do the role, it just can’t happen because you’re not important. And you learn that, quickly. It’s not any problem, it has to be, the story is not about you. Even though some of these roles, and I don’t think of them as small roles, they’re supporting roles, but they’re key to the story, to telling the story. They’re part of it and that’s what I look at.

I’m a character actor, I’m not going to do the lead. But that doesn’t mean they’re not terribly interesting people, and if they film it and use it, it’s gratifying. Something About Mary—I live in Providence, and the Farrelly brothers were there making it and I didn’t even know them and they called and said would you do this. Most of the time I don’t like doing that, I don’t like doing one scene in a movie because there isn’t anything there, there’s nothing to dig into, it’s whatever it is. I did it because I wanted to work with them and I thought it was a funny scene, I thought it was really funny.

What’s one thing your fans would be surprised to learn about you?
That I have fans (laughs).

You do! There is a contingent of Twitter fans that would like you to play Norman Osborn is these new Spider-Man films.
Thank them all.

If you could have dinner with one fictional character, who would it be and why?
Ebenezer Scrooge after he was enlightened. First of all, you’d get the best meal of your life. He would spare no expense and I’ve always loved somebody who sees the light. Somebody who lives their life one way and finally understands that living this is not the best way to live and is big enough and open enough to change. I just love that. 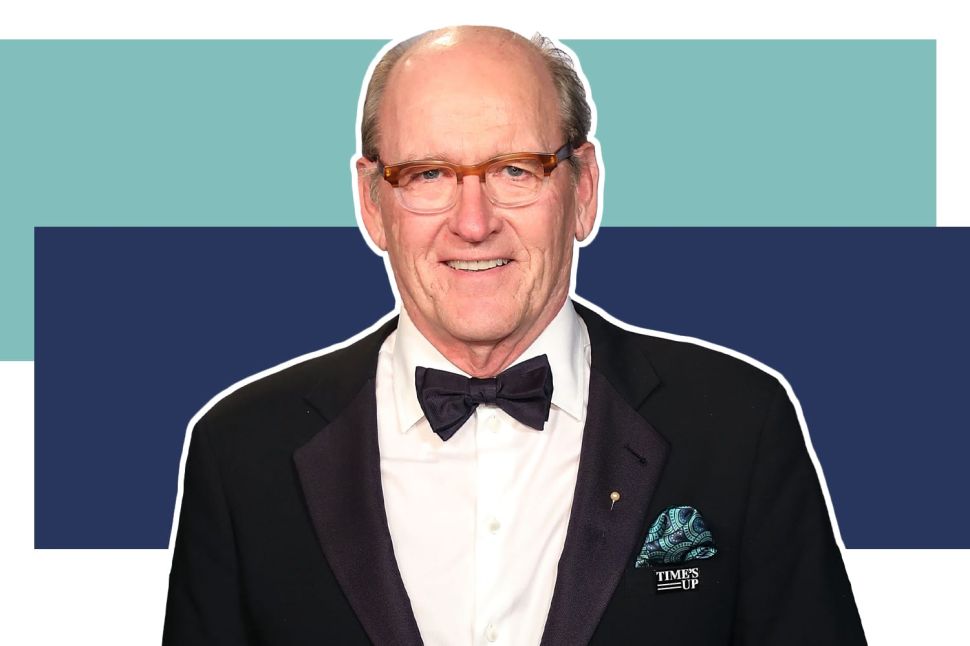