During a time in American history in which more people than ever are taking to the streets to protest the cruelty that racism continues to inflict upon the country’s citizens, a residence that used to be occupied by one of the most famous civil rights figures of the 20th century has found a new setting halfway around the world. Currently, the one-time home of Rosa Parks is being kept at the Royal Palace of Naples in Italy. The house is on display in an exhibition until January 6, as part of “The Rosa Parks House Project” organized by the artist Ryan Mendoza.

The story of how the Parks home came to be in Italy is a fascinating and convoluted one, as well as illustrative of how counterintuitive the United States’ commitment to honoring its own legacy can often be. After Parks fled Montgomery, Alabama in the 1950s after receiving countless death threats, she eventually temporarily settled in the house in question, which was built in 1936 and stood in a redlined district in Detroit (the house belonged to Parks’s brother). Decades later, after the financial crisis in 2008, Detroit authorities prepared to demolish the home. However, Parks’s niece Rhea McCauley intervened, buying the home for $500 and giving it to the artist Ryan Mendoza.

Since then, Mendoza has made it his mission to get the home the respect it deserves as a United States civil rights monument, in contrast to the proliferation of monuments to the confederacy. However, he has thus far not had as much success enticing American officials as he had hoped: at one point, businessmen from Detroit, a university, and a foundation were all bidding on the house, but nothing ever came of this battle. Instead, Mendoza moved the building in pieces to Berlin in 2016, and subsequently has allowed the Royal Palace in Naples to display it in collaboration with the Morra Greco Foundation.  When discussing the home in 2018, Mendoza was frank. “There are 1,500 monuments to the Confederacy [in the United States], which is absurd,” Mendoza told Artnet. “There are 76 monuments to the civil rights movement. Let this be the 77th.” 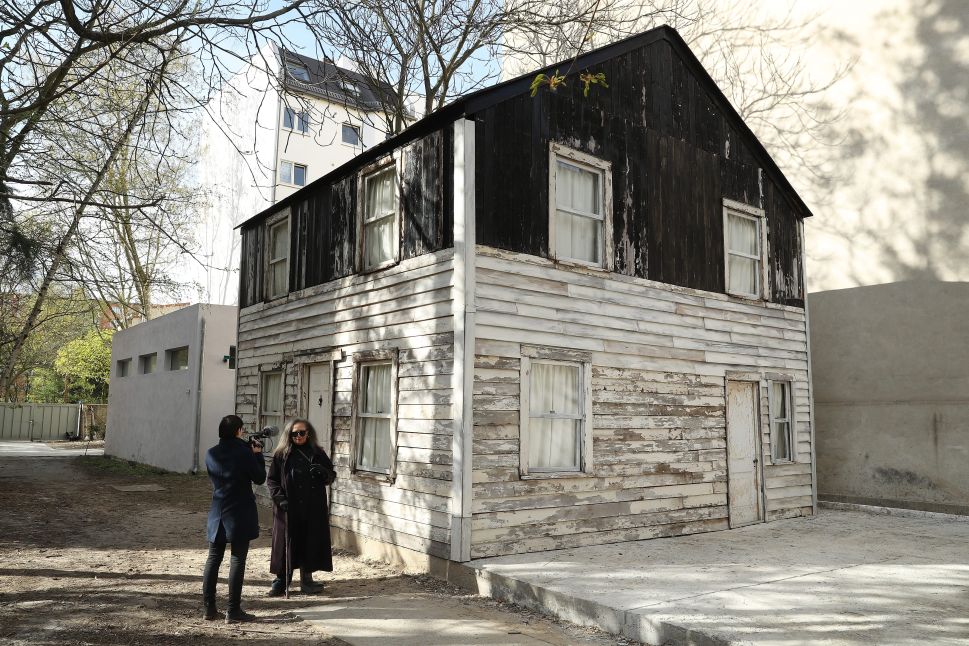