Since last Friday, many Americans are grieving the death of Ruth Bader Ginsburg, who had passed away due to complications of pancreatic cancer at 87. As the legendary legal advocate for women’s rights who had served as an associate justice of the Supreme Court of the United States since 1993, Ginsburg was an invaluable fixture in United States legislation, but her vacated spot also makes way for Republicans to install a sympathetic nominee in the Supreme Court before the election in November. With so much currently on the line, the most potent way that Ginsburg’s memory is being honored is through art: on Saturday, New York Governor Andrew Cuomo announced that a committee will seek out an artist to create a statue of Ginsburg that will eventually reside in Brooklyn.

This officially sanctioned method of paying homage to Ginsburg is not the only artistic memorial that’s sprung up in favor of the iconic RBG. Over the weekend, in Washington, D.C., artists Shawn Perkins and David Zambrano decided to paint a multicolored mural depicting Ginsburg on boards outside the Blackfinn Ameripub near Black Lives Matter Plaza. The mural, which was approved by the nonprofit PAINTS Institute, shows Ginsburg wearing her characteristic lace accessories, which she adopted in order to be unapologetically feminine while holding court at the Supreme Court.

Newest work @blackfinndc near BLM Plaza, in efforts to uplift the community through the arts with @paintsinstitute as well as honoring Ruth Bader Ginsburg. It’s always a seamless experience working with my bro @dezcustomz We just bounce ideas off each other and go with the flow til it’s finished. 🙏🏾

Ginsburg’s signature lace collar was also temporarily added as an adornment to the “Fearless Girl” statue outside the New York Stock Exchange by members of the State Street Global Advisors organization. Ginsburg, of course, famously told the Washington Post in 2009 that her collar was a non-negotiable signifier of her identity. “The standard robe is made for a man because it has a place for the shirt to show, and the tie,” Ginsburg said at the time. “So Sandra Day O’Connor and I thought it would be appropriate if we included as part of our robe something typical of a woman. So I have many, many collars.”

Ginsburg also famously loved opera, and the opera community has shown an outpouring of care for her in the wake of her death. “We had a lot of conversations about Brünnhilde, and why it took a woman to save the world,” Francesca Zambello, the director of the Washington National Opera, told the New York Times over the weekend. “That’s what she said: Only a woman could do it; only a woman could change the course of history. She did always love pieces where the woman was the protagonist.” 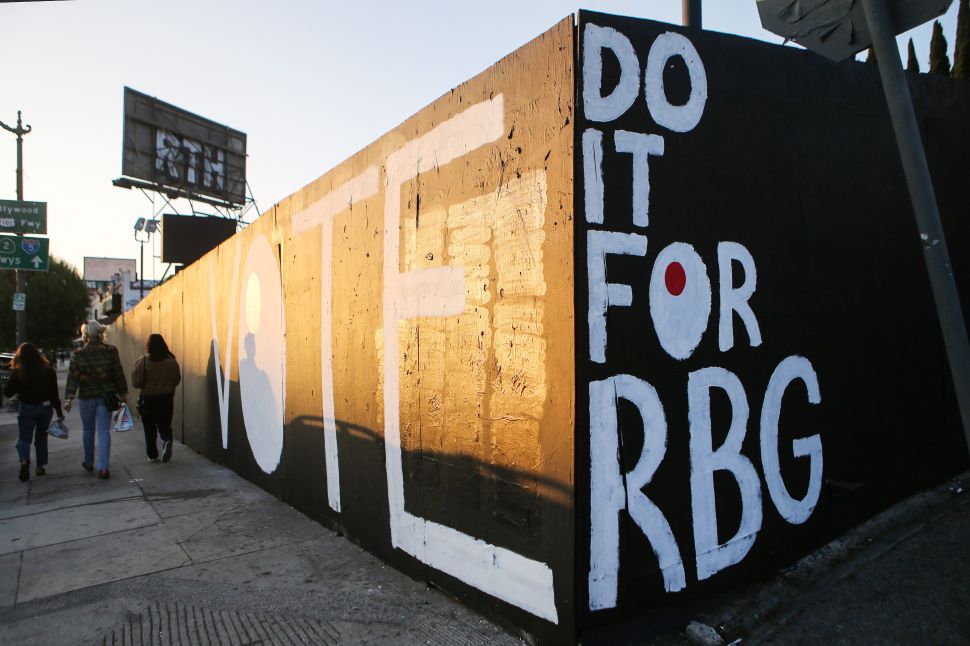