Scientists have been discovering signs of alien life in the solar system at an unprecedented pace lately.

On Monday, a group of Italian researchers published a study in the journal Nature Astronomy, announcing the discovery of what looked like a number of lakes on Mars below the Red Planet’s southern ice cap.

The lakes were detected by the Mars Advanced Radar for Subsurface and Ionosphere Sounding (MARSIS) instrument on the European Space Agency’s Mars Express probe. Radar data collected by the spacecraft indicate bodies of salty more than one kilometer below Mars’ icy surface.

The central lake, measuring about 30 kilometers across, was first detected in 2018 by the same ESA probe. It was the first body of liquid ever found on Mars. However, the discovery was based on just 29 observations made from 2012 to 2015, leaving many researchers skeptical of the conclusion.

The study published this week used a broader data set from 134 observations between 2012 and 2019, confirming “the liquid nature of the previously observed lake,” the research team said in a statement. “The presence of a subglacial lake could have important consequences for astrobiology and the presence of habitable niches on Mars.” The team also found three smaller ponds, each a few kilometers wide, surrounding the main lake. Similar subglacial lakes on Earth are home to microbial life.

“We identified the same body of , but we also found three other bodies of around the main one. It’s a complex system,” says Elena Pettinelli, a planetary scientist at the University of Rome and one of the study’s co-authors.

“The possibility of extended hypersaline bodies on Mars is particularly exciting because of the potential for the existence of microbial life,” the study says. “The bodies at the base of the (south polar layered deposits) therefore represent areas of potential astrobiological interest and planetary protection concern.”

More evidence of life on Mars or elsewhere in the solar system could be revealed in the coming years. A number of Mars probes, including NASA’s Perseverance rover, are already on their way to the Red Planet. And several private space companies are planning life-hunting missions for Venus, where scientists recently discovered signs of life.

In August, a group of Japanese scientists found that some microscopic organisms, like fungi and bacteria, are able to survive for years in the vacuum of space, raising the possibility of “planting” life in extraterrestrial environments.

The same month, a NASA spacecraft discovered a large saltwater ocean below the surface of a dwarf planet called Ceres located between Mars and Jupiter. 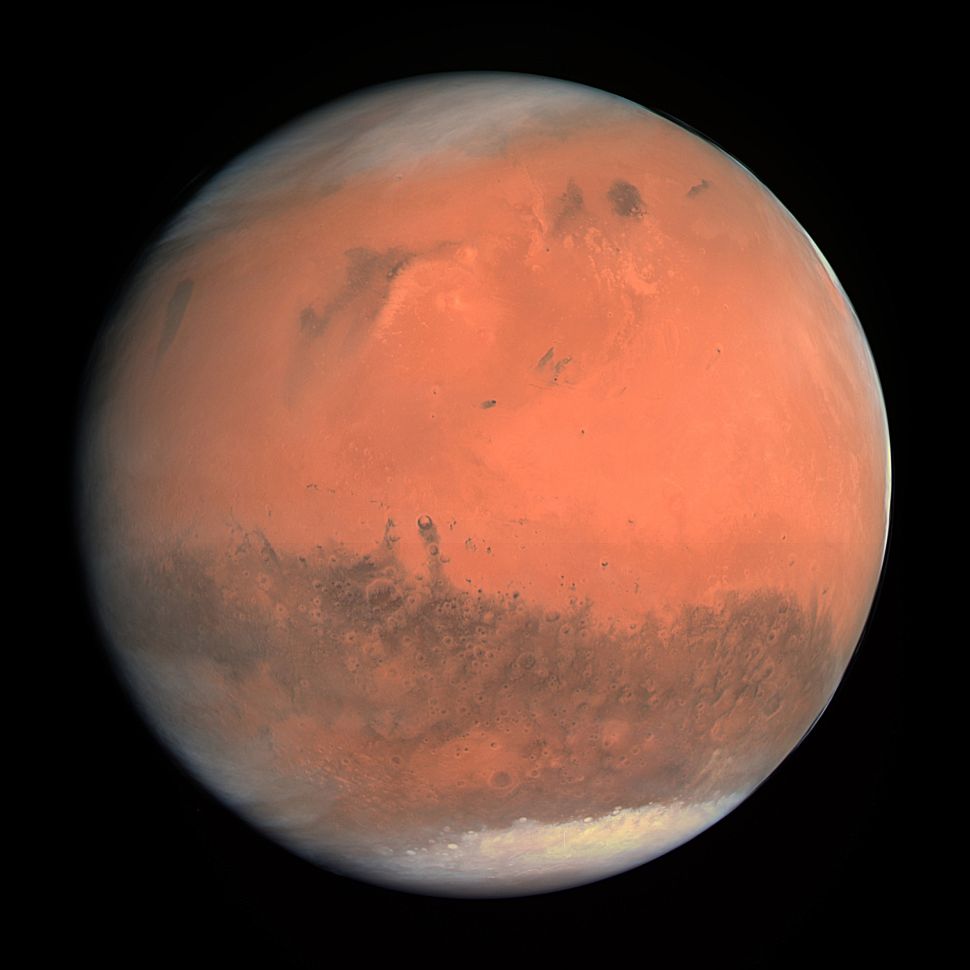