In choreographer Shamel Pitts’ new art film, Lake Of Red, projected images bathe his body and surroundings in layers of light, as the Brooklyn native is seen performing a series of repeated movements while a monotone voice recites lyrical poetry. Unfolding like a stream of consciousness, this latest work was the product of a collaborative effort by the artist collective Pitts founded called Tribe, and it gained entry into this year’s Cannes Short Film Festival.

An awardee of this year’s prestigious Guggenheim Fellowship, a graduate of Julliard and former artist-in-residence at Harvard, Pitts has been dancing for as long as he can remember, beginning with choreographing routines for the adults that attended his mother’s parties as a child. “There was something about the act of dancing that was so full of community and self expression that really felt like it gave me so much and it gave others so much, in a way that I didn’t see expressed otherwise,” Pitts tells Observer of his early infatuation with the medium.

Like his previous work Black Series, which was cited when he was awarded his Guggenheim fellowship earlier this year, Pitts likens Lake of Red to the experience of suddenly being transported to a vivid memory from one’s past. “Because they are flashbacks, there is a different rhythm to it, a different frequency, a different velocity,” he tells Observer. “I wanted to dig into the concept and allow space for fragmentation.”

Though the work was filmed before the COVID-19 Pandemic, these themes of fragmentation and repetition have come to resonate deeply through these months of lockdown and self-isolation for the artist. “I have experienced days where I’m wondering which day of the week it is. You are just with yourself in this state of solitude going through this repetition of experience. There is something with the fragmentation and repetition that brings up disturbed solitude and also mania. There is something euphoric about mania,” he says.

In a time where everyone is trying to reconsider and reimagine what the future of live performance will look like, Pitts knows that even if it takes time to get back to normal, dance will prevail. “There’s something about coming together, and dancing, and sharing art and movement and all those exchanges of energies that is cosmic and unmatched and also primordial. People have always come together to dance; people will always come together to dance.”

But the challenge of being a performer in both a pandemic and post-pandemic universe isn’t lost on Pitts. Nothing will ever compare to the feeling of creating live art, Pitts says, but as someone who has danced in big theaters and companies from Baryshnikov’s Hell’s Kitchen Dance to Batsheva dance company in Tel Aviv, he is thinking a lot about ways to challenge the relationship between performer and audience. This is evident in his new work-in-progress titled Touch of Red, which takes shape as a duet between two men that makes space for softness and vulnerability. It was inspired by Pitts’ fascination with the quickness of footwork in boxing and camaraderie within combat.

“I’m thinking with Touch of Red that we are in some sort of ring and the audience is on all different sides. That is something that to me feels unconventional in a performance space but also taking COVID into consideration,” he says. “I think there is a lot of value to intimate and alternative spaces”

The importance of smaller and less traditional venues for performing and experiencing dance has been on Pitts’ mind through his artistic training at elite institutions. “By the time I got to Julliard, it was very exclusive and white. Part of that made me question whether I belonged and what it means to belong as the other,” Pitts says. “And even being in different dance companies made me experience tokenism and again made me feel like, do I belong and what does it mean to be the other?”

These questions of belonging are what led Pitts to create Tribe, a multi-arts collective based in Brooklyn. “We can create and seize our own space,” Pitts says, hoping that Tribe serves as not only proof of that concept, but an important reminder. “Those institutions and places matter but how much do we value them, and how much do we value ourselves?” 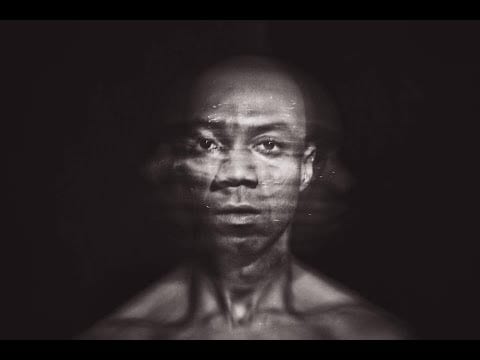