In March, Stranger Things star David Harbour revealed during an Instagram Q&A that Season 4 was initially “supposed to come out early next year.” Then, the coronavirus pandemic struck and television schedules became the least of our worries. But as the world slowly inches back towards some semblance of normalcy, so too does the entertainment industry. This week, production on the new season of Netflix’s flagship series resumed, which is great. Unfortunately, we probably won’t see any new episodes until summer 2021, which leaves a massive hole in our collective viewing schedules.

As we eagerly await for the arrival of Stranger Things 4, here are a handful of quality science-fiction series that can fill the void in the meantime.

If Stranger Things is Netflix’s flagship series and the public face of the company, than Dark is the result of what all that trickle down success brings to the streamer. The broad appeal commercial hits help pave the way for the more artistically-driven shows. Though Dark, a German-language original, shares a surface-level similarity to Stranger Things—high school students become embroiled in small town sci-fi conspiracies—the shows could not be more opposed.

Dark both is and isn’t the second-coming of Lost, a tense and terrifying time travel mystery meticulously crafted and tightly woven. It is one of the most narratively complex shows to ever hit the small screen and yet still thrilling and emotionally authentic despite the intentionally convoluted nature of its story. Where as Stranger Things delivers top notch popcorn entertainment through nostalgia-infused homage, Dark grapples with the idea of free will versus fate in a macabre manner. Watch it on Netflix.

No ill will intended towards premium cable network Starz, but had the J.K. Simmons-led Counterpart aired on an HBO or Showtime, we’d be discussing it as one of the top 15 shows on TV during its run. Alas, the criminally underwatched series only ran for two seasons despite a fantastic core concept and strong performances across the board.

Counterpart follows Howard Silk (Simmons), a low-level agent at a spy agency, who discovers that his company is hiding a gateway to a parallel dimension. From there, the show blends DNA strands from the spy genre with the monotony of backed-up bureaucracy and a plot that forces you to track two sets of characters on both sides of the space-time continuum. Thanks to strong and focused scripts that never stray off track (shoutout to executive producer Amy Berg), it’s not nearly as daunting of a watch as it sounds. Ultimately, Counterpart argues that while our environment helps to shape us, it is our choices that define us. Watch it on Starz Play.

Smart, cerebral and insular science-fiction such as Blade Runner has long been a beloved fascination of passionate genre fans even as the content has struggled commercially. Such seems to be the case for FX on Hulu’s Devs from writer and director Alex Garland (Annihilation, Ex Machina). The immaculately presented miniseries is imbued with a sense of Kubrickian dread even as it tackles dense intellectual material such as the theory of determinism and quantum manipulation. Unfortunately, the fascinating series seems to have largely bypassed general audiences since its launch earlier this year.

Devs revolves around computer engineer Lily (Sonoya Mizuno), who investigates the secretive development division in her company, which she believes is behind the disappearance of her boyfriend. What follows is a complicated journey into one man’s obsession and the unraveling of reality as we know it. Garland is a cross between a mad scientist, a perfectionist, and an old-school luddite. Each trait is on display here as Devs personifies the dangers of putting our faith in these billionaire tech CEOs masquerading as modern saviors and the products they introduce. Watch it on Hulu. 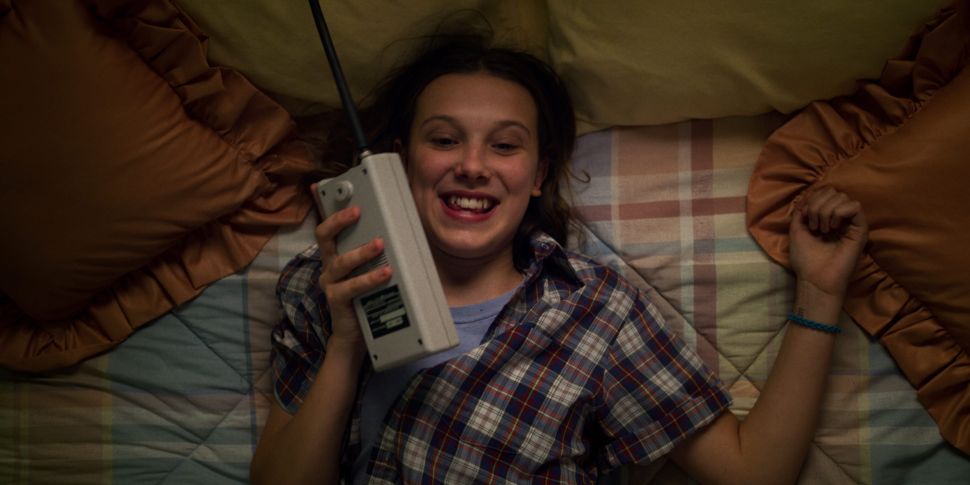