A lot has been said about Christopher Nolan’s Tenet, from its weird audio mix that makes dialogue all but inaudible, to a convoluted plot that requires multiple viewings to fully comprehend—unless you read an explainer piece! If you, like many viewers, were confused by all the talk about entropy, time and Russian oligarchs, fear not because we’re here to explain how it all comes together.

Specifically, we’re here to talk about the film’s use of “time inversion,” a principle Nolan has said in interviews isn’t time travel, per se, or at least not how we conceive of it in most science-fiction or fantasy. Like the ideas and time manipulations in most Nolan films, it’s more complicated than that.

Tenet is all about a secret battle between present and future, and trying to prevent WWIII. At some point in the future, humans will develop the ability to reverse entropy in objects and even people, and they use this localized “time inversion” to send objects back in time in order to start a war. It’s kind of like the first two Terminator movies, but instead of transporting a robot to the past, they make an object age like Benjamin Button and arrive at our present just in time for someone to find it.

For those who don’t remember their physics lessons, entropy is a concept that dictates the movement of energy between objects. Simply put, entropy is like time’s arrow. Assuming one moves “forward” in time, entropy always increases and is unable to decrease. Ice cream in the sun will always melt, just like a piece of wood on fire will always burn out, and can’t return to its original state because entropy can’t decrease naturally.

In Tenet, the ability to reverse entropy is what causes “time inversion.” When you are inverted, you move backwards in time. From your perception, you are moving as normal, while the rest of the world is moving in reverse. Essentially, we are watching the inverted object on rewind (like a puddle of milk becoming ice cream) while the rest of the world moves as normal, in a linear, forward motion. For us, cause is followed by effect, but for inverted objects, it’s reversed. We see the effect (a bullet hole in a wall), but the cause hasn’t happened yet (a gun shooting that bullet into the wall).

What about free will, you ask? As Clémence Poésy’s character explains early in the film, catching a reverse bullet only happens because you willed it. A reverse bullet hole is only “caught” (or “fired” in reverse) if the person handling the gun makes themselves catch or fire it. Sure, we get into weirder territory further into the story once we get into the grandfather paradox and whether the chicken came before the egg, but the general idea remains: everything that happens was decided by characters acting out of their own free will, even if they don’t fully realize it just yet.

Throughout the film, we see more uses of “time inversion,” from vehicles seemingly moving backwards, to combatants fighting in reverse and seemingly healing from wounds. The way it all works is by playing the scene in your head backwards. This is where the film’s title, Tenet, comes into play. Just like the film is about the past and the future colliding in the present, so do scenes involving inversion play as a video running twice, simultaneously, but one going forward and one backwards.

At three points in the movie, we see something called a “Temporal Pincer Movement” being used, which involves a battalion inverting half its force and having them attack while inverted, while the other half fights normally. From the perspective of the inverted, they arrive at the battlefield at the end, and work their way backwards, seeing how everything plays out. Then they arrive at the beginning of the battle, re-invert themselves, and inform the other half about what’s coming to make sure they can succeed. Both sides then see people seemingly heal from wounds or even return from the dead, because it hasn’t happened yet from their perspective. Once we see things play out from the other team’s perspective, we see how it all goes down.

While it may still sound confusing, simply think of a videotape being played forwards, and then re-wound in real-time. If anything else fails, just follow the advice of Poésy’s character Laura: “Don’t try to understand it. Feel it.” 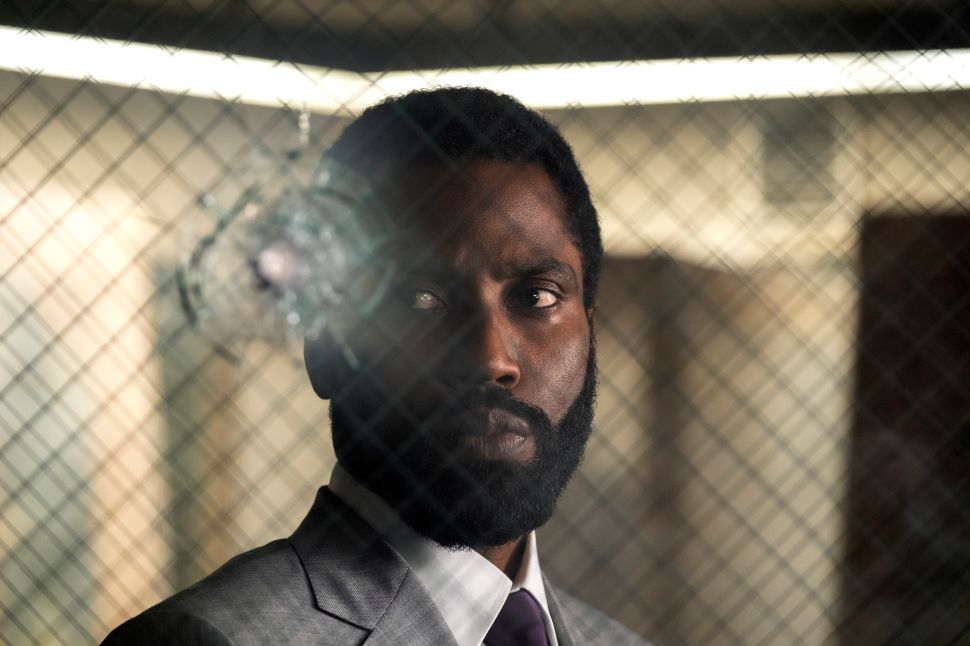