On Tuesday afternoon, Tesla will host its hotly anticipated “Battery Day” event, where Elon Musk is expected to announce several, in his own words, “mind-blowing” developments of Tesla’s battery technology, among other things.

The event was originally scheduled for April as Tesla’s annual reveal of major breakthroughs (last April the company held an event focused on self-driving technology). It was pushed back to September due to the coronavirus pandemic.

Many exciting things will be unveiled on Battery Day 9/22 ⚡️

The “Battery Day” event will begin after the company’s shareholders meeting, which starts at 4:30 p.m. ET. You can watch both events on Tesla’s website.

Tesla has a giant battery factory in Nevada that supplies lithium-ion batteries to Model 3 and Model Y vehicles. But you might be surprised to learn that Tesla doesn’t actually manufacture those batteries itself. For years the company has been outsourcing the job to Panasonic.

That will change soon, as Tesla moves to develop its own battery technology and aims to sell batteries to other EV companies someday. On Tuesday, Musk is expected to share details about Tesla’s secretive in-house battery production, known as the “Roadrunner” project.

Leaked photos of the project suggest that the Tesla-made batteries are twice the size of Panasonic’s 2170 cells that are currently used in Model 3 and Model Y vehicles.

“It will be very insane,” Musk tweeted about the upcoming battery cells on September 17.

Not only is Tesla moving battery production in-house, it’s also developing ultra-powerful batteries that can keep a car fueled on long-haul trips without recharges and possibly lift a plane off the ground.

In particular, Tesla fans expect Musk to reveal “super battery” that could last a car up to one million miles throughout the its life.

In July, Tesla’s battery research team in Canada published a paper in the science journal Nature, suggesting that Tesla’s next-generation anode-free battery cells would have an energy density high enough to power an electric jet.

Reuters reported in May that Tesla had been developing the “million-mile” battery in partnership with Chinese battery giant Contemporary Amperex Technology Ltd (CATL). By utilizing CATL’s lithium iron phosphate batteries, which are a lot cheaper than traditional high energy density lithium-ion batteries that contain cobalt, Tesla could lower the cost per kilowatt-hour to under $100, meaning that future Tesla cars would likely be cheaper.

Finally, Musk might have some updates on Tesla’s controversial electric pickup, the Cybertruck.

News about the strange-looking truck has been scarce since Tesla unveiled a prototype last November, while competition in the lucrative electric pickup space has grown intense with the arrivals of Nikola, Rivian, Lordstown, as well as electric offerings by industry titans like GM and Ford.

Musk said in an interview last month that Tesla might consider making a “normal truck” if the Cybertruck doesn’t sell well, especially in overseas markets where consumers don’t share Americans’ obsession with pickups.

Manage Your Expectation, Though.

All of the above sound exciting, but whatever Tesla unveils on Tuesday won’t enter mass production right away, Musk cautioned.

“Important note about Tesla Battery Day unveil tomorrow. This affects long-term production, especially Semi, Cybertruck and Roadster, but what we announce will not reach serious high-volume production until 2022,” the CEO tweeted on Monday.

“The extreme difficulty of scaling production of new technology is not well understood,” he explained in another tweet. “The machine that makes the machine is vastly harder than the machine itself.”

The extreme difficulty of scaling production of new technology is not well understood. It’s 1000% to 10,000% harder than making a few prototypes. The machine that makes the machine is vastly harder than the machine itself. 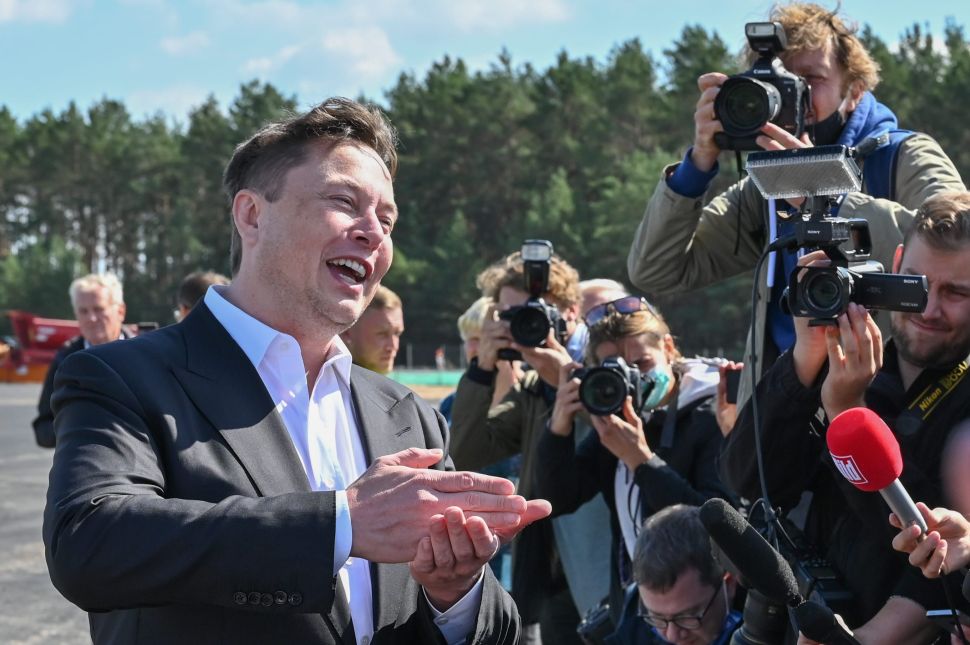