At Tuesday’s “Battery Day” event, Tesla unveiled a ground-breaking battery cell, called 4680, that’s six times more powerful than the ones currently used in Tesla vehicles and a lot cheaper to manufacture thanks to an innovative design. The new battery cell is a major breakthrough for Tesla as it seeks to make low-cost, long-range electric vehicles. However, Musk cautioned that it would take the company years to volume produce the cell and probably longer to reach true mass production.

Apparently that timeline wasn’t good enough for investors. Shares of Tesla fell 5 percent in early trading on Wednesday morning and sunk to nearly 8 percent by mid-day. The stock had already taken a hit the day before after Musk tried to tamper expectations on Twitter, saying whatever announced at the event “will not reach serious high-volume production until 2022.”

Tesla is piloting production of cell 4680 at its Fremont, Calif. factory and plans to build a cathode plant in North America soon.

If Tesla can meet the 2022 volume production schedule, we can expect the price of Tesla cars to drop significantly. At Tuesday’s event, Musk promised a $25,000 electric vehicle in the future when all the innovations discussed on stage materialize. He also announced an ambitious target to produce 20 million vehicles a year. That’s 40 times Tesla’s delivery goal this year.

Analysts were overall impressed with the lofty delivery goal. But some were concerned about Tesla’s need for external capital in order to make it happen.

“Ultimately, Tesla has shot the gap on certain fronts and is producing differentiated product in many ways,” wrote Bank of America analyst John Murphy. “To fund core EV growth and initiatives announced at its Battery Day, we expect Tesla will look to raise low-cost and widely available capital, likely well beyond its already announced intention to opportunistically raise $5 billion in equity in early September.”

“Tesla gave some aggressive targets and goals which were impressive and sets the goalposts for the next few years on the battery and cost structure front,” Wedbush’s Dan Ives said after the event.

Last time Musk promised volume production of a new product, it literally ended up in hell. That was roughly two years ago when Tesla was trying to ramp up manufacturing of its entry-level Model 3 sedans. Musk had originally laid out a plan to increase the weekly output from several hundred units to 5,000 in just six months. That schedule was pushed back multiple times due to a combination of financing and engineering problems. Tesla hit the weekly manufacturing goal in July 2018, a month behind its last revised schedule.

Musk has also made many promises that have yet to come true, including a coast-to-coast self-driving in 2017, a moon tourism program in 2018 and a Tesla robotaxi service that was supposed to begin operation this year. 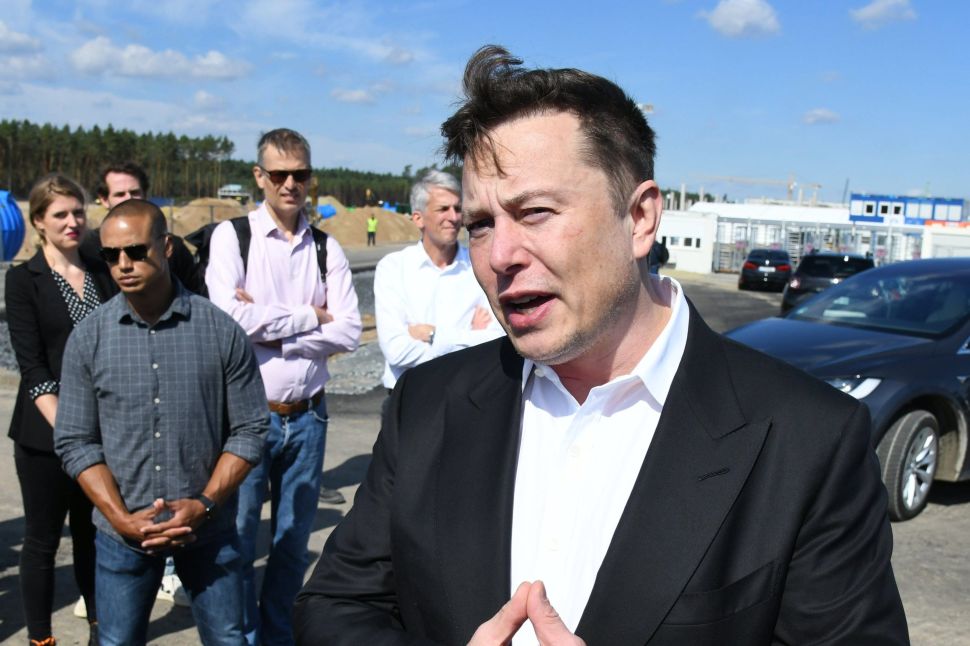