Imagine if Superman were a bad guy.

That’s one of the central conceits of the Amazon series The Boys. Homelander (Antony Starr), the leader of the superhero team the Seven, has Superman’s super-strength and his super heat vision. He also talks like Superman about truth, justice and the American way. But unlike Superman, he doesn’t actually believe in any of those things. He’s a narcissistic psychopath who craves power and acclaim, bullies and terrorizes his teammates, and casually murders anyone who annoys him whenever he can get away with it. Starr’s chilling vacillation between selfless public defender of justice and private lip-licking murderer is the highlight of the show’s first season, and a big part of what fans are returning for in the second hitting Amazon Prime Video today.

The original Superman was bulletproof and able to leap tall buildings, but he wasn’t able to muscle planets around, at least not when he debuted in 1938. As the character got more and more powerful over the decades, though, it became difficult to write stories where he faced real challenges.

Writers responded to this dilemma by creating evil Superman doubles—bad guys who had Superman powers. One early example from the late 1950s in the comics was Bizarro, a chalky-white Frankenstein monster created by an imperfect duplicate ray, who pesters Superman with his confused reverse logic (Bad is good! Winning is losing!) until he eventually flies off with millions of other Bizarro duplicates to live on a square planet.

Evil Superman with facial hair can do more than just provide a good fight scene, though. Often they mirror, not just Superman, but critiques of Superman.

Child psychologist and notorious critic of the comics Fredric Wertham, for example, argued that superheroes in general, and Superman in particular, encouraged children to indulge in “phantasies of sadistic joy in seeing other people punished over and over again while you yourself remain immune.” Wertham called this the “Superman complex.”

The idea of Superman as a deformed stage of adolescent development has inspired a lot of evil Superman characters. Kid Marvelman, a Superman-like villain in the 1980s comic Marvelman by Alan Moore and Gary Leach, is a bullied, sexually abused adolescent before he gains cosmic powers and uses them to murder hundreds of thousands of people with great sadistic joy. The 2019 movie Brightburn has a similar dynamic. Its evil Superman is a super-12-year-old, who murders in a rage of adolescent horniness and pique. Superman has been accused of being a violent adolescent power fantasy, and so superhero creators came up with evil Supermen who are violent stunted adolescents.

Homelander in The Boys fits this infantilized prototype too: he’s sexually obsessed with breast milk. But he also speaks to a number of other superhero critiques.

For instance, the superhero genre in the past and today has often been attacked for being crass, shallow, corporate crap. Martin Scorsese reiterated this criticism recently when he said that Marvel films were “not cinema” and compared them to that standard of shallow corporate entertainment, theme parks.

And so, in The Boys, Homelander is, self-consciously, a corporate product and a corporate shill. The Seven superhero team is paid for and owned by giant mega-corporation Vought International. Homelander does fight (and murder) criminals on occasion. But the bulk of his time is spent appearing in movies, doing promotional appearances, and endorsing products. Bad Superman is in part the Scorsese Superman, driven by open commercialism and consuming greed.

Another common criticism of superheroes is that they are reactionary. Wertham and others pointed out that Superman could be seen as quasi-fascist—a white guy with superior genetics who is good because he is strong and imposes law and order by beating the crap out of weaker people. More recently, critics have pointed out the imperialist overtones of many superhero narratives; the Marvel Cinematic Universe’s Iron Man is literally a super war profiteer.

Homelander is also a super-imperialist and super-reactionary. Much of the plot of the first season involves Vought trying to get their heroes into the armed forces. To that end, Homelander uses a lot of Trumpian, fascistic rhetoric about the dangers of super-powered terrorists, and the need to protect the American homeland (per his name.) Homelander uses fear of foreigners to increase his own sway and influence; he’s a super white populist.

Wertham and other critics of superheroes are sometimes seen as adversarial to the genre—antifans who want to destroy Superman and all his kin. But these critical super-destroyers can also be seen as superhero writers themselves, generating new ideas for those superstories they love to hate and hate to love. The Boys certainly treats superhero skeptics as a resource. Beat, expose,and belittle Superman, and he comes back as the anti-Superman. Good Superman gets boring after a while. So The Boys builds a wrong Superman instead, and then make stories out of his wrongness.

The Boys returns to Amazon Prime for a second season on September 4. 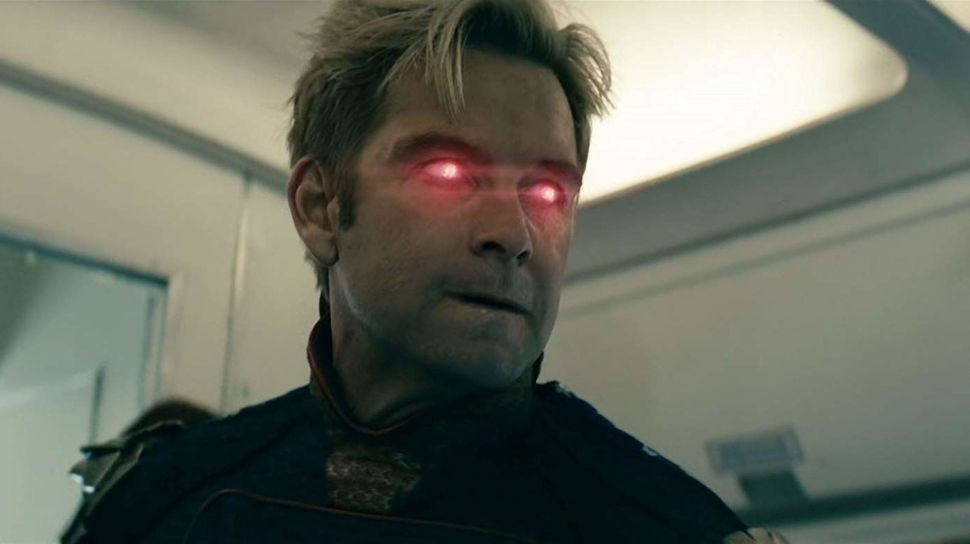