The Dark Knight Rises will forever remain a bit of an anomaly, in which real-world tragedy and public demand collided to give us a very different movie than we might have otherwise had. Initially, a third film with Heath Ledger’s Joker had been planned, but after Ledger’s heartbreaking early death, Nolan has implied that he was prepared to walk away from the franchise out of respect for the actor and his family.

Nolan maintained that he would return for one final piece of the trilogy if he could find a story that would keep him engaged and would provide an appropriate ending to a series that was as of yet unfulfilled. He worked out a screenplay with his brother Jonathan, and eventually began filming this last chapter of the Christian Bale era of Batman’s saga. Though there’s more to the film than just this one element, it’s accurate to say that processing trauma and the struggle to move on rate highly among the central themes of the script. They are reflected in the characters’ inability to let go of the past and properly take their place in the present.

In The Dark Knight Rises, eight years have passed since the events of the last movie and the whole world has changed. While we began the trilogy in a city infested by corrupt police and untouchable career criminals, the flawed belief that Harvey Dent died making a noble sacrifice and the passing of the highly questionable Dent Act has led to an apparent golden age for Gotham. There are several instances when important political figures and law enforcement officials note that crime is essentially non-existent now that there has been increased persecution of criminals.

Of course, this has lulled the city into a false sense of security, but the ongoing commentary on public perception versus the truth comes to the forefront once more. We understand how the last film ended, and that Harvey Dent was a much more complicated figure than the citizens of Gotham believe. We also know that Batman did not kill Dent, which is the popular misconception that repositions his legacy as a villain rather than a hero.

The world around him may have moved on, but for Bruce, there’s been much more regression than progression. He trusts people less, his heart is even more closed, and he’s turned away from the one thing that gave his life meaning.

Batman has vanished from the streets, yet what of Bruce Wayne? He cannot vanish, and instead struggles to live with himself and his mistakes in private. He has removed himself from the world, refusing to take on the mantle of the Batman or to even leave his house. The deaths of Rachel and Harvey haunt him, and he has internalized the feelings of resentment that the public have shown towards Batman. The world around him may have moved on, but for Bruce, there’s been much more regression than progression. He trusts people less, his heart is even more closed, and he’s turned away from the one thing that gave his life meaning.

While the world has moved on, Bruce has not, and cannot. He has remained in stasis for eight long years, trapped in his own regrets and memories of a love that never was. His own misreading of Rachel’s last days has led to stunted emotional processing, and he longs for a world in which they could have been together. Yet that is not a world that he has lost—it is a world that never was. As we know, Rachel had chosen to marry Harvey Dent and to leave Bruce behind. Alfred hid her final letter to Bruce knowing that it would devastate him, but here we see how he’s come to regret the decision as it left Bruce unable to let go. All these years later, Bruce finds himself still incapable of leaving her memory, to which he shows more faithfulness and care than he ever showed her in the moment.

A past that never was and a future still to come

As with so many of Nolan’s films all the way up to Tenet, time presents itself almost as its own silent character. Jim Gordon wears his complicit silence like a heavy jacket while Bruce clings to idealized images of the people who ultimately failed him. They have both struggled to refuse time, but time quietly and insistently moves on, urging them to do the same. Perhaps no character in the film represents a counterpoint to the stasis of Gordon and Wayne than Detective John Blake. Blake recognizes Bruce and Batman as the same person simply through his own observations, and reveals his knowledge casually and without ado. His memories of the past have only fueled him to go forward. He has all the idealism and optimism that these jaded men once had, and he never hesitates to do the right thing. Of all the characters, only Blake (and, to a different degree, Selina Kyle) appear in a sort of constant present, moving along with the situations as they arise, while Bane, Talia, Bruce and Jim are all stuck in the past.

Though Alfred desperately tries to urge Bruce out of his hubris, he himself ends up being the one who has to move on in order to stop enabling Bruce’s need to hold on to an increasingly distant past. Meanwhile, Gordon has his own problems, illustrated by a conversation overhead between his peers as they discuss the need to replace Gordon as the commissioner. One argues, “But he’s a hero,” to which the other responds, “A war hero. These are peace times.” These casually hurtful words only reflect Gordon’s doubts of his worth in a world that seems to have left him far behind.

Bruce and Jim are both ultimately pulled into the present by outside forces. It is not just by the threat of Bane but, for Gordon, the dynamic moralism of Blake, and for Bruce, Selina Kyle’s seemingly sporadic, self-motivated decision making. Their ability to exist in the moment serves as a shock to the system of two men who were content to remove themselves from the world entirely. They are ultimately dragged into the present whether they like it or not. Only then do Bruce and Jim’s lives start to move forward again, for the first time in eight long years.

In The Dark Knight Rises, the passage of time feels rapid and unpreventable yet somehow also impossible, which surely must ring true to many who have found themselves struggling to move past traumatic events to which the rest of the world remains unaware. Some of the film’s characters are new, some have changed, while others yet still exist in a sort of suspended animation, unable to process the events that led them to this baffling present. They stand perfectly still while the world rushes past them, unable to move on. It takes outside forces to compel them to finally make the moves that they know deep down they must.

But that’s not so unlike any of us, clinging to the unchangeable past, fighting against embracing the uncertainties of the future. In this way, Nolan communicates a lot about the way our society so rapidly forgets its heroes, and the struggle to find self-worth and purpose in a world that no longer seems to care. In Batman Begins, Bruce was reeling from trauma and had something to prove, while in The Dark Knight he desperately struggled to contain the damage that the Joker unleashed only to fail those he loved the most. By the end of The Dark Knight Rises, he has finally reached a healthy place in his relationship to Gotham, stepping in only when needed, focusing on his own happiness.

For Bruce, moving on is the hardest thing he ever has to do, but with some help, he finally does. Without the urging of Selina and John Blake, this might have been impossible. We’re all guilty of trying to take refuge in our pasts, especially when we’ve deceived ourselves into believing it was a safer place than it actually was. But to stay there would be harmful to our growth. Bruce does finally grow, he does finally move on, and so gives us the only appropriate ending to a saga that is built upon the pain of a man who cannot forget the past. 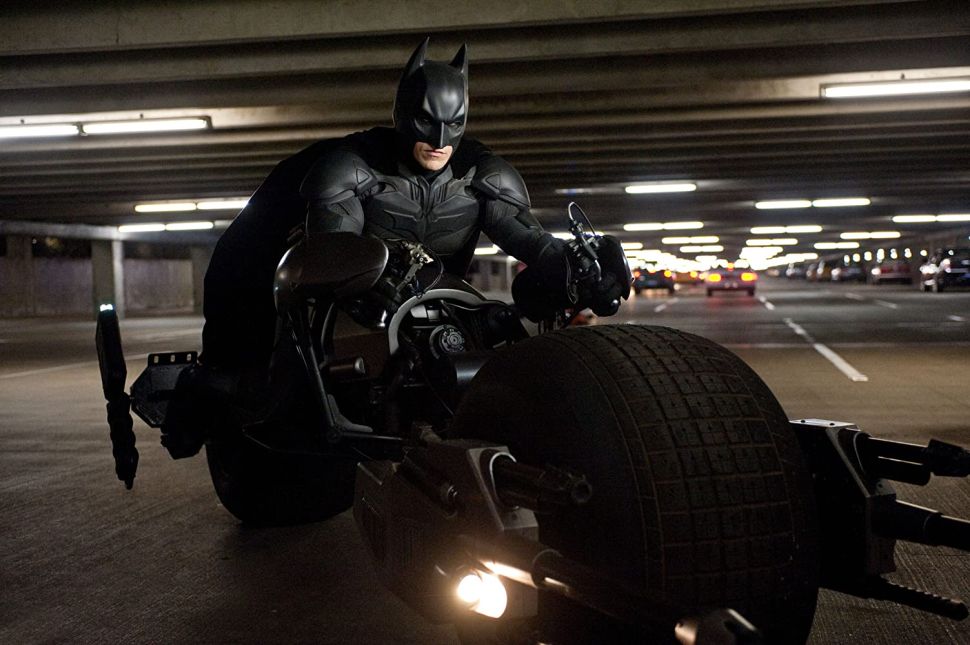