It’s not the things that go bump in the night that make drafty manses scary; it’s the lies we tell each other over breakfast, or as the buzz fades following a particularly disastrous work party.

And creepy mansions are not built over ancient tombs or hellmouth openings, but on top of the gaping maw of our rapidly emptying bank accounts—while the walls reverberate with the frightened screams that accompany our inability to refill them.

Or so posits Canadian writer-director Sean Durkin in The Nest, the long-awaited follow up to his 2011 PTSD classic Martha Marcy May Marlene. Durkin uses a frosty variation of the language we typically find in that most enduring and ubiquitous of genre films—the haunted house movie—to tell the story of a mid-’80s marriage that is crumbling under the weight of status-consciousness. (A better title for this movie may have been The Leveraging.)

The result of this unusual mash-up (think Who’s Afraid of Virginia Wolf? and The Shining and The Money Pit) is an ambitious and often intriguing film, one that is both technically engrossing and buoyed by captivating lead performances by two actors at different ends of their career trajectories.

Unfortunately, it doesn’t entirely work. The raw emotion meant to fuel both scarefests and domestic dramas never manifests, a victim of the arty and dispassionate remove of Durkin’s meticulously controlled presentation.

When the story begins, Rory (Jude Law) is an antsy British commodities trader leading a verdant suburban existence in Connecticut with his Yankee wife Alison (Carrie Coon) and their daughter Sam and son Benjamin (Oona Roche and Charlie Shotwell, respectively). Having decided rather impulsively that his stateside opportunities have dried up and accepting a job at his old London firm, Rory moves his family to a troublingly oversized British country house. (Whether he initiated the offer or was recruited becomes the first of many lies upon which he has constructed the brittle façade of his life.)

Even before the move, Alison’s life seems to exist apart from her family. A rider and sometimes trainer, her most intimate relationship appears to be with her horse, which is shipped to her in England and whose final fate ends up serving as a metaphor for Alison’s eventual emotional collapse as well as the crumbling of her marriage.

For fans of her nuanced work on peak TV mainstays like Fargo and The Leftovers, it is deeply satisfying to see Coon play a movie character with such a rich internal life, a woman who upshifts over the film’s slow and steady unspooling from clueless to defeatist to defiant. Equally impressive is the profound shallowness guiding Law’s portrayal of a macher-wannabe who is as lacking in emotional depth as his financial assets are devoid of value. He provides the perfect void into which Coon’s increasingly desperate Alison can hopelessly wail.

Given his job, the time period, his bloodlust for status signifiers, and the emptiness behind his eyes, you spend much of the movie waiting for Rory to be revealed as a serial killer in the manner of American Psycho’s Patrick Bateman. Or maybe you just want him to be so that the film might bloom into something a tad more exciting and less static.

Part of the problem is that the film’s central tenet is not terribly intriguing or surprising. It does not require Durkin’s artful chill for you to know that people who brag too much about their fabulous lives and numerous real estate holdings are, more often than not, full of the same kind of manure Alison is shoveling toward the end of the movie when the money dries up. Five minutes on Instagram will show you that.

Good question. After a long, slow build-up, The Nest winds up being as vacant as the Surrey country house of the title, and leaves the viewers feeling every bit as empty. 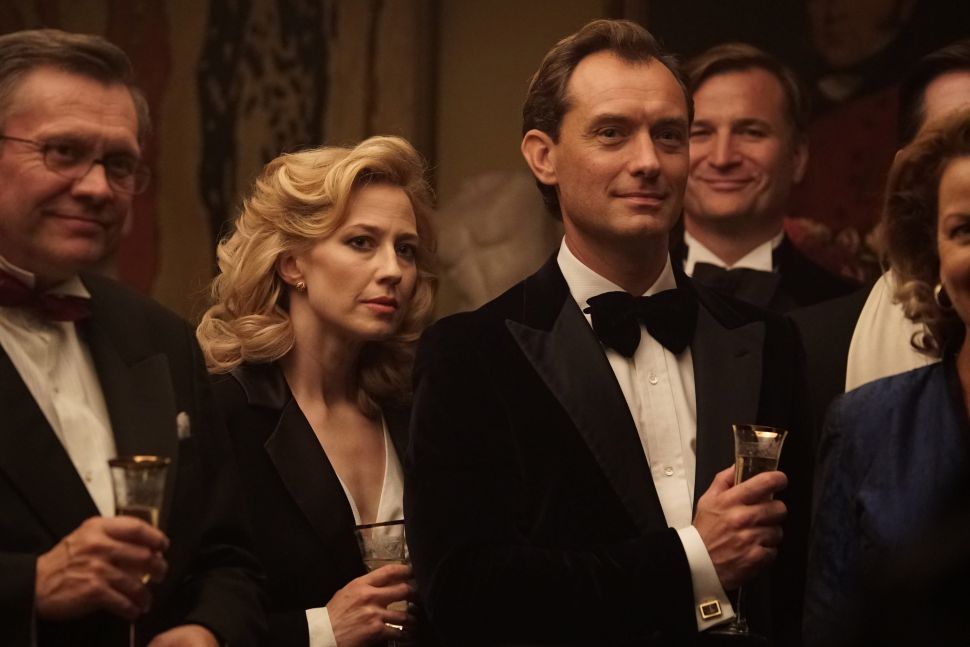