Christopher Nolan has marked his career with extraordinary storytelling that is woven with the fabric of time. We have seen this in the craft of every Nolan film, which often includes elements synchronized to resolve his stories fluidly, great material and psychological tolls on his heroes, and purposeful non-linear storytelling.

Nolan’s early films were where he first tested the limits of his time-sensitive craft and storytelling, and as an auteur, his most compelling were the ones he wrote and directed himself. Certainly Batman Begins and Insomnia played their roles in the development, but three of his first five films—Following (1998), Memento (2000), and The Prestige (2006)—all feel particularly Nolan-esque now that we have an idea of what that means in the time of Tenet. To better understand it, let’s take a look at them.

“The first part is called “The Pledge”. The magician shows you something ordinary: a deck of cards, a bird or a man. He shows you this object. Perhaps he asks you to inspect it to see if it is indeed real, unaltered, normal. But of course… it probably isn’t.”

Following was a humble debut for Christopher Nolan, with a low budget of $6,000. This film is about a writer credited as The Young Man (Jeremy Theobald), whose thirst for inspiration leads him into voyeurism, crossing over to criminality when he gets entangled with a burglar named Cobb (Alex Haw).

Nolan reels you in with what seems like a typical story with the pace amping up as it progresses, and then scrambles the timing. Right as you’re about to hit the climactic part of the narrative, Following splits into four time periods, set apart only by The Young Man’s appearance. The timelines intertwine more tightly together as the story comes to its conclusion.

In doing so, Nolan shows off his now-apparent obsession with not telling a story linearly, while still keeping it coherent. By Nolan’s standards, Following is a rather ordinary film. In 70 minutes, you get a taste of his ability to split time and put it back together, but the film avoids venturing into the extraordinary.

“The second act is called “The Turn”. The magician takes the ordinary something and makes it do something extraordinary. Now you’re looking for the secret… but you won’t find it, because of course you’re not really looking. You don’t really want to know. You want to be fooled.”

The gripping Memento, his second feature, builds on Nolan’s storytelling skills and kicks it up several notches. It follows Leonard “Lenny” Shelby (Guy Pearce), who develops anterograde amnesia, aka short term memory loss, after an attack on him and his wife. He descends into madness while trying to cope with it, and Nolan throws us right in the middle of that descent.

The narrative is looped; the story begins and ends at the same point. The various timelines circle Lenny’s memory loss, using it as a means to shift gears, putting you into a different loop with every shift.

With Memento, Nolan puts the viewer to the test, daring you to chase a story that loops in and out into the same circle. He lets the process of storytelling get ahead of the story, behind it, and in the middle of it, all at the same time. It does not entail confusion—it’s a calculated and perfectly decipherable chaos.

“But you wouldn’t clap yet. Because making something disappear isn’t enough; you have to bring it back. That’s why every magic trick has a third act, the hardest part, the part we call The Prestige.”

The Prestige is all about magic and science, a logical extension of Nolan’s penchant for using the mechanical process of sequential film editing to create emotional, engrossing art. It follows two aspiring magicians, Robert Angier (Hugh Jackman) and Alfred Borden (Christian Bale), who get into a rivalry that unfolds the story with a series of dueling magical feats.

Tales of rivalry are not rare, but The Prestige does justice to the setting. Nolan tones down his time plays and focuses on the timing instead. The chronology is still intertwined, but with this film, the storytelling is about having the perfect balance between a story of revenge, and the means to achieve it.

Nolan finds a balance between time, timing and plot, and makes the hard job of telling this long and winding tale seem easy. The Prestige feels the final act of Nolan’s debut as a filmmaker, showing us everything he is capable of when working at the highest level he can.

Of course, quite like Nolan’s stories, Following, Memento and The Prestige are not linearly aligned in his chronological filmography. He did Insomnia in 2002, which gets an exception from the process for being an adaptation of a 1997 film.

Additionally, Batman Begins hit the theaters in 2005, right before The Prestige did. The only reason for that little discrepancy is that his Batman project delayed The Prestige from his originally intended 2003 kick-off.

But The Prestige is the ultimate allegory for Nolan’s storytelling, and the reason this essay uses the film’s most memorable quote from Michael Caine’s John Cutter, to detail his process, which is all about anticipation and subversion. The magic trick has changed with every attempt, but the three acts stayed. With the Batman trilogy, we saw him stage the hero, his aides and villains in the same three-acts structure. The plot neither required, nor could accommodate extensive time plays, but he used the room to perfect the timing.

Years later, Inception and Interstellar wowed us with time dilation and time travel, and Dunkirk put us in the middle of a war told across three mediums in the setting. Regardless of his pick of story, Nolan continues to bring in the magic in three acts and exerts precise control over time, timing and plot, making him a masterful storyteller. 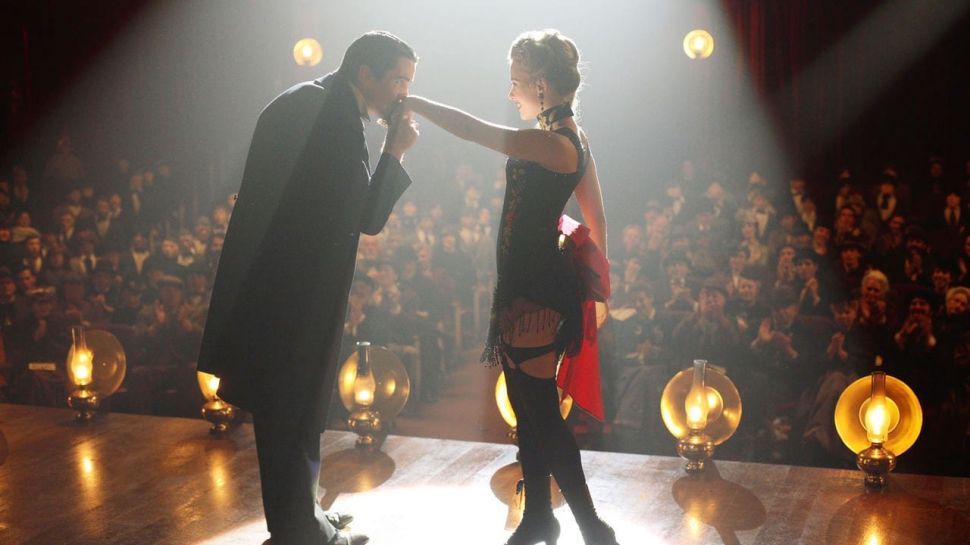