The official trailer for The Trial of the Chicago 7 has just been released, and it unveils a dramatic and intense movie that breaks down the events that occurred in the 1960s. Some people might have heard a little about the Chicago Seven during their years in school, while some have never heard of this infamous trial. As we wait for the film to hit Netflix on October 16, here is a short history lesson in the wake of the trailer’s.

In 1968, a group of young leftists organized a protest and rock concert that would take place right outside the Democratic National Convention in Chicago. At that time, tensions were rising in the country due to both the antiwar and civil rights movements and many people wanted to make sure their voices were heard. During the event, the protesters started to clash with police and ultimately resulted in a full-scale riot with tear gas and police beatings. The press who were there to cover the convention witnessed the incident and denounced the overreaction by police as well as Mayor Richard Daley’s handling of the situation.

David Dellinger, Rennie Davis, Tom Hayden, Jerry Rubin, Abbie Hoffman, John Froines, Lee Weiner and Bobby Seale were accused of conspiring to incite a riot at the convention and were brought to trial. Originally, this group of activists were called the Chicago Eight until Bobby Seale, a member of the Black Panther, denounced Judge Julius Hoffman as a racist and demanded a separate trial. The rest of the Chicago Seven were also indicted for violating the Rap Brown Law that made it illegal to cross state lines in order to riot.

During the trial, it became obvious that Judge Hoffman was far from impartial toward the Chicago Seven. The judge rejected many of the pre-trial motions from the defendants and almost always favored the prosecution during the trial. Before Bobby Seale’s trial was separated, Judge Hoffman had Seale bound and gagged at the defendant’s table for allegedly calling him a “fascist dog,” and “a pig” which resulted in the judge sentencing him to four years in prison for contempt of court.

The other seven defendants did not make this trial easy on the judge or the prosecution. With encouragement from their attorney, William Kunstler, the defendants did everything they could to disrupt the trial by eating jelly beans, making faces, blowing kisses, wearing outré clothing and cracking jokes.

When the trial concluded, the jury acquitted the Chicago Seven of the conspiracy charges. Even though they got off for conspiracy, other charges were brought against a few of the defendants. Hoffman, Rubin, Dellinger and Hayden were found guilty of crossing state lines with intent to start a riot. They were sentenced to five years in prison and a $5,000 fine. Judge Hoffman also sentenced the seven defendants and their attorney to prison for contempt of court. The contempt conviction was appealed in 1972, and all the criminal convictions, apart from Seale’s, were also overturned later that year. Separately, Seale’s earlier convictions, both from this trial and from his Black Panther-related charges, were also suspended while he served his four-year sentence, and he was also released from prison in 1972.

After the successful appeals, the Chicago Seven went on with their lives and went their separate ways. Hayden became active in politics, Rubin because a businessmen and worked on Wall Street in the ’80s, Dellinger, Hoffman and Weiner continued their work as activists, Davis became a public speaker on motivation, and Froines became a professor at the University of California, Los Angeles. In recent years, Seale has attempted to raise the funds to produce his own take on the story based on his autobiography, Seize the Time: The Eighth Defendant. 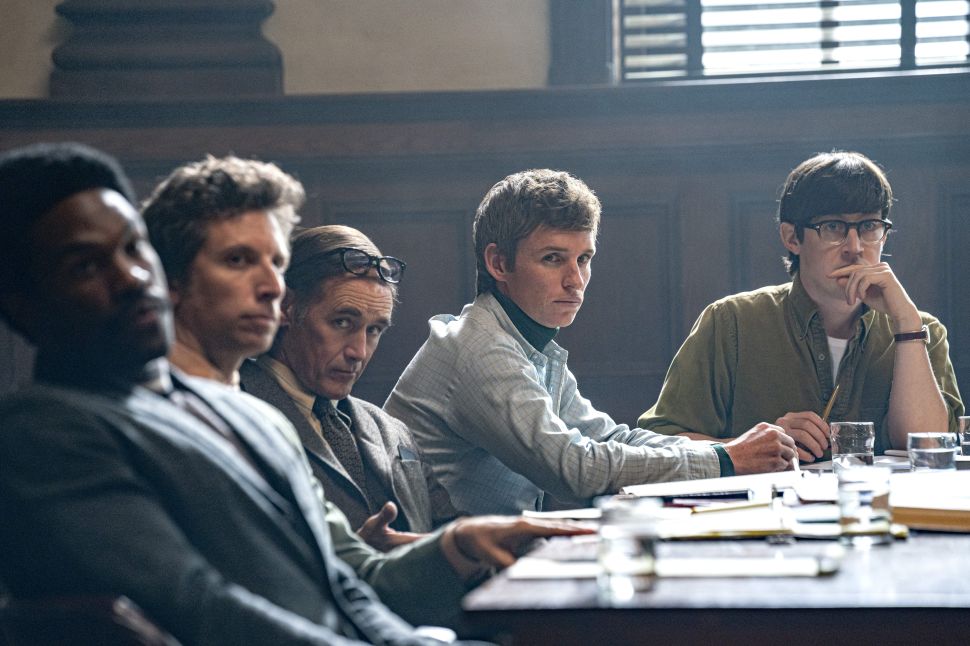