“It was the most terrifying thing I’ve ever done,” Tilda Cobham-Hervey admits to Observer of her experience playing pop singer Helen Reddy in Unjoo Moon’s new biopic I Am Woman. “A lot of days I’d get to set and just go, ‘How on Earth am I going to do this?’”

The Australian actress, who hails from Adelaide, grew up as a circus performer and only started acting a few years ago, appearing in movies like Hotel Mumbai, before landing the lead in I Am Woman. She was cast in the film after a one-hour meeting with Moon turned into a five-hour conversation and Cobham-Hervey leaned into the importance of playing Reddy despite her fears.

“I’m ashamed to say I didn’t know a huge amount about her,” she notes of the singer, who came to acclaim in the 1970s and won a Grammy for her hit “I Am Woman.” “I knew, of course, ‘I Am Woman,’ and I knew her name, but I didn’t know a lot about her life. I didn’t know so many of those songs I’d grown up around were hers. So the real joy of this process was being able to dive in and learn so much about this incredible woman.”

Playing Helen Reddy “pushed me to think about the kinds of stories I want to tell and not just waiting for them to come to me.”

She adds, “I’ve never played a real person before, so it was a bit trial and error. I think at the start I watched as much as I could, read as much as I could and absorbed as many stories and anecdotes as I could about her. It felt like having a lot of puzzle pieces and you had to wade through and see which ones fit naturally with each other. Helen has such particular mannerisms and such a particular pattern of speech, and I really wanted to make sure we captured enough things about her where people could really recognize her in me.”

The film, which also stars Evan Peters as Reddy’s ex-husband and manager Jeff Wald, follows Reddy’s from 24 to 48, focusing on her rise to stardom and importance as an early feminist icon. That meant that Cobham-Hervey had to prepare to play the singer at several different ages, often on the same day due to a tight shooting schedule.

“The first few weeks were scary,” the actress says. “Until this point I’d done quite small indie dramas that were very much version of me. At the time I got this role I was 22—I was 23 when we started filming—and I’m playing a woman who ages from 24 to 48, has two children, was a ‘70s pop star and a feminist icon. I’m probably naturally quite an introvert and it was a big leap for me. I was jumping into that, so it definitely took some adjusting to. Trying to look past all of that and making sure I felt like there was authenticity behind all of that took some getting used to.”

The biopic is very much a performance film and Moon wanted to ensure that the film version of Reddy mirrored the real version, particularly in the vocals. She enlisted Australian singer Chelsea Cullen to record the final performances that appear in the movie, but Cobham-Hervey also performed live on set to make it feel seamless. She worked with a vocal coach and a breath coach, and sang every day for six weeks.

“We worked together to make sure I was hitting the notes in the same way,” Cobham-Hervey explains. “And I sung live on the day on set because we felt like I needed to look like I was singing. I learned the timing that Chelsea had created and we would bounce back off each other—she would do the final recording to my performance so she could capture the emotion of it vocally as well. Helen’s got such an extraordinary voice and such a particular voice that we really wanted to make sure all the Helen fans—and all the people who would hopefully grow to love her—could really identify that sound.”

Cobham-Hervey, who didn’t actually meet Reddy until after shooting wrapped, was struck by the parallels between what Reddy went through in the ‘70s and how women continue to fight for equality today. There’s a timeliness to the film that is quite striking.

“This movie really highlights how far we’ve come,” the actress says. “For example, women can have their own name on a bank card, which they couldn’t then. But there’s still a really long way to go. I really hope this film inspires people to keep standing up and fighting for things like Helen did. I think it’s so important to look back at the women who came before us. I don’t think we’d have things like the Time’s Up movement and Me Too without women like Helen who fought for the things that make the life I live today what it is.”

Playing Reddy impacted Cobham-Hervey in a very real way, not just as an actress but as a person. The role made her realize that sometimes you have to take matters into your own hands, and at the end of filming Cobham-Hervey optioned the rights to Miriam Toews’ novel Irma Voth and recently finished her first draft of the screenplay.

“I think the great thing about playing her is that I got to lean in to a bit of her confidence,” Cobham-Hervey says. “It’s also pushed me to think about the kinds of stories I want to tell and not just waiting for them to come to me. Like Helen, I was like, ‘Well if there’s something I really want to do maybe I have to go and out and make it.’ It’s really pushed me to think about other ways that you can be involved and the different ways you can be an artist in this world. It’s very hard to wait around for the things you really want to do. And sometimes if you have a passion for something you should just go out and try to create that because you could be waiting forever.” 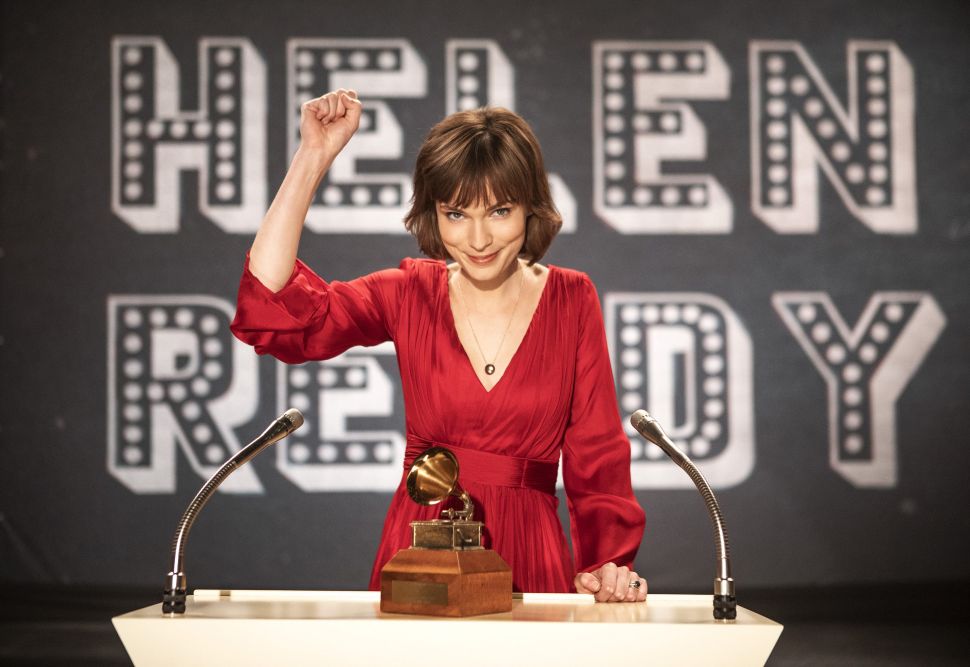