It all started out with very high expectations. Literally.

According to legend, ecommerce started off as a drug deal. It has been widely reported that at some point in the early 1970s, when the internet was still a project known as ARPANET, students from Stanford University’s Artificial Intelligence Laboratory had the brilliant idea of using the nascent electronic connection between their computers in Palo Alto and those of their Boston counterparts at MIT to purchase weed. Thus was born the beginnings of what has emerged as a powerful new paradigm of commerce that now reaches every corner of the world.

Nearly fifty years later, ecommerce is weaved into the daily lives of billions of people across the planet. The service industry has embraced it, providing opportunities for customers to do everything from grab a cab to get their lawns cut. And since the COVID-19 pandemic, ecommerce has dominated just about all of the economy, sending retailers scrambling and in many cases, forcing them into bankruptcy.

The term ecommerce has, in recent years, swallowed up an array of functions that crisscross the digital landscape, including how we pay. Even so-called in-store shopping—as loaded as that term might be as we navigate COVID-19—has elements of ecommerce built into the retail experience. When you whip out your iPhone and pay for something using Apple Pay, you effectively made an online transaction even though you are physically inside a store.

In the end, nearly all aspects of modern commerce—particularly consumer-facing commerce—has some digital, electronic, or online element built into the shopping process, which begs the question: Is it finally time for us to drop the “e” from ecommerce?

“With each passing year, the line between online and offline gets increasingly blurry,” commented Guy Sheetrit, the CEO at Over The Top SEO, an Israeli online marketing company that works with retailers across the globe. “Commerce has fully embraced a seamless, offline-online transmission in the nature of transactions.”

Sheetrit points out that most retailers now embrace a buying process that acknowledges the many steps that precede an actual purchase. Among these is customer research, which often consists of shoppers sifting through products online, even if they eventually make an in-store purchase. “There is almost no commercial transaction that takes place entirely offline or online,” added Sheetrit. “Dropping the e in ‘ecommerce’ is not only the right things to do, but its way overdue.”

“We now live in a ‘scrolling economy,'” added Ben Narasin, a Venture Partner at Menlo Park, California-based NEA, one of the world’s largest and most active venture capital firms. “And retailers who can’t offer shoppers a truly omni-channel experience are not only losing ground but going out of business. There is a Darwinian process playing out in real time across all of retail.”

Narasin and Sheetrit are part of growing chorus of retail experts who expect that 2020 will be seen in the annals of business history as the year in which pure digital shopping platforms finally took the stage to overtake and leave traditional retail in the dust. According to data from the US Department of Commerce in the first six months of 2020, consumers spent nearly $350 billion online with U.S. retailers, up over 30 percent from just over $265 billion for the same period in 2019. Meanwhile, 21 major traditional retailers in North American have filed for bankruptcy protection since the beginning of the year.

Amazon, in fact, just announced a move into the luxury fashion market on Tuesday, capitalizing on the downfall of several iconic retailers.

“Ecommerce had eleven years of growth in eight weeks,” commented Julie Chariell, the Senior Fintech and Payments Analyst at financial markets juggernaut Bloomberg, referring to the sector’s growth during the height of the pandemic. “It tells you something when Amazon is looking at buying up empty shopping malls to transform them into warehouses and distribution centers. And it’s not just Amazon—lots of traditional ecommerce platforms are using the pandemic to position themselves for future growth.”

“Covid-19 will go down in history as a watershed moment in the history of modern retail,” commented Jeremy Segal, the founder and CEO of Proozy.com, a Minneapolis-based flash-sale retailer that has made a name for itself by offering steeply discounted prices on top fashion and activewear brands such as Nike, Under Armour, Reebok, and Calvin Klein. “The pandemic really enabled online-first platforms such as ours to create some separation from traditional retail business models that were predicated on the notion of carrying expensive physical spaces on their balance sheets, incurring costly overhead, and employing armies of retail sales staff. Our ability to scale during the national shutdown is partially a function of our ability to adapt to the moment and not have to deal with the financial burden associated with traditional brick-and-mortar retail.”

And Segal knows a thing or two about adapting. Proozy has been one of the nation’s fastest-growing retailers of 2020; it is on track to post topline sales of over $120 million—roughly three times the amount of business it did in 2019—making the 35-year-old Segal something of a wunderkind in online retail circles and the object of affection for many private equity dealmakers looking to get a taste of his special sauce.

“Amazon is Amazon, but if you want to see how the battle for cost-conscious, bargain-hunting moms is playing out on the ground, look at Proozy and compare it to, say, Century 21’s online efforts. Whereas Century21 treats online as something of an afterthought—you’ll never get the deals online that you can by going on an in-store ‘treasure hunt’—at Proozy, online deals come first,” noted Ethan Bearman, an on-air analyst with Fox Business Channel who closely follows high tech and retail.

“Proozy is not an example of a great ecommerce company, its an example of the future of retail,” continued Bearman. “Being highly flexible and scalable without having to carry massive amounts of inventory means companies that were born online can stay nimble and keep in lock-step with their consumers’ constantly changing tastes and preferences.”

Perhaps more importantly for challenger retailers like Proozy, which Segal bootstrapped without taking on venture capital or debt, is the added operational leeway and financial freedom that they wield compared to much larger competitors that have to answer to a bevy of stakeholders.

“Proozy is doing some really innovative things like launching pop-up stores, hosting tent sales, and moving into physical spaces just as Amazon has done with its 4-Star and other in-store brands. Its neither fair nor accurate to call Amazon— nor Proozy—ecommerce retailers. They are both retailers with insanely effective business models, albeit at completely different scales,” added Bearman.

Shelley E. Kohan is a professor of retail at New York City’s Fashion Institute of Technology who also thinks that the ecommerce moniker is severely dated.

“What we have today is an array of digital commercial and payment formats that are providing the backbone for the entire industry,” observed Kohan. “I talk to my students about ‘s-commerce’ for business that is primarily conducted through social media channels. We talk about ‘m-commerce’ which takes the mobile device approach to selling. Technically speaking, e-commerce can be referred to as the sales made directly through websites; however, the way the industry uses e-commerce, it means the totality of e-com, s-com, and m-com which should be referred to as digital sales.”

“The ‘e’ in ecommerce is so generic that it’s almost meaningless in today’s economy,” concluded Kohan.

NEA’s Narasin also believes that instead of ecommerce, the industry should adopt more specific language to capture all the different ways modern and agile retailers are reaching digitally-savvy consumers, such as Millennials and Gen-Zers. “What do you call it when you tell Alexa to buy something for you? ‘V-Commerce’ for voice? I am not the one who is going to make up these terms, but ecommerce seems to connote the idea that you simply have a website. The reality is that successful retailers have to be far savvier and more sophisticated in how they reach and interact with consumers.”

Whether or not the media and the retail industry will come around updating their lexicon and adopting new terminology remains to be seen. Either way, the term “ecommerce” means a lot more today than it used to; it has certainly come a long way since that first coast-to-coast cannabis sale online nearly half a century ago. 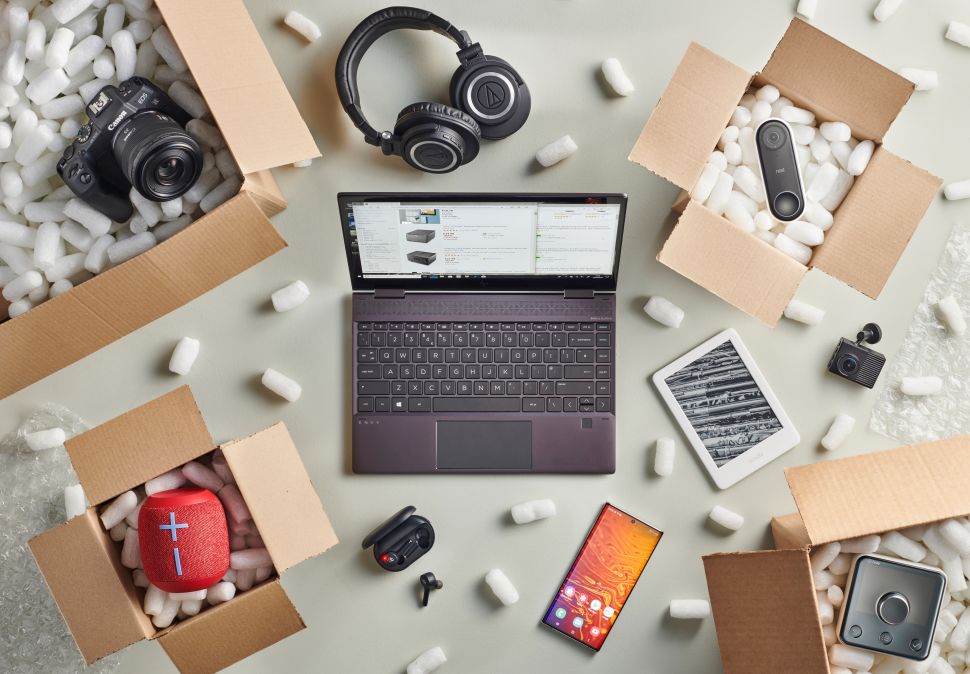