It’s been less than two years since The Daily Show host Trevor Noah purchased a sleek five-bedroom, 6.5-bathroom Bel Air mansion for $20.5 million in November 2018, but the South African comedian has already parted ways with the home.

An 11-foot pivot door opens up into the home. There are polished glass doors, 24-foot ceilings and walls of glass throughout the mansion.

The kitchen is equipped with Miele appliances, custom cabinetry, double marble islands and breakfast bar seating, as well as climate-controlled wine storage that can hold up to 250 bottles of vino.

The living and dining areas are divided by a towering minimalist fireplace, though the centerpiece on the main level is surely the custom 500-gallon saltwater aquarium, which is situated behind a stone bar.

A limestone staircase leads to the second floor of the home, where the sprawling 2,200-square-foot owner’s suite is located. The bedroom is fitted with oak floors, a bar and a sitting room, with two bathrooms and an 800-square-foot terrace.

There’s a 62-foot infinity pool and lounging areas outside on the 1.51-acre estate.

It’s not too surprising that Noah would want to part with his West Coast home, as he’s been spending the majority of his time in New York as of late. He’s been hosting the Daily Show, which has been temporarily aptly dubbed The Daily Social Distancing Show, from his $10.2 million duplex penthouse for the past several months. 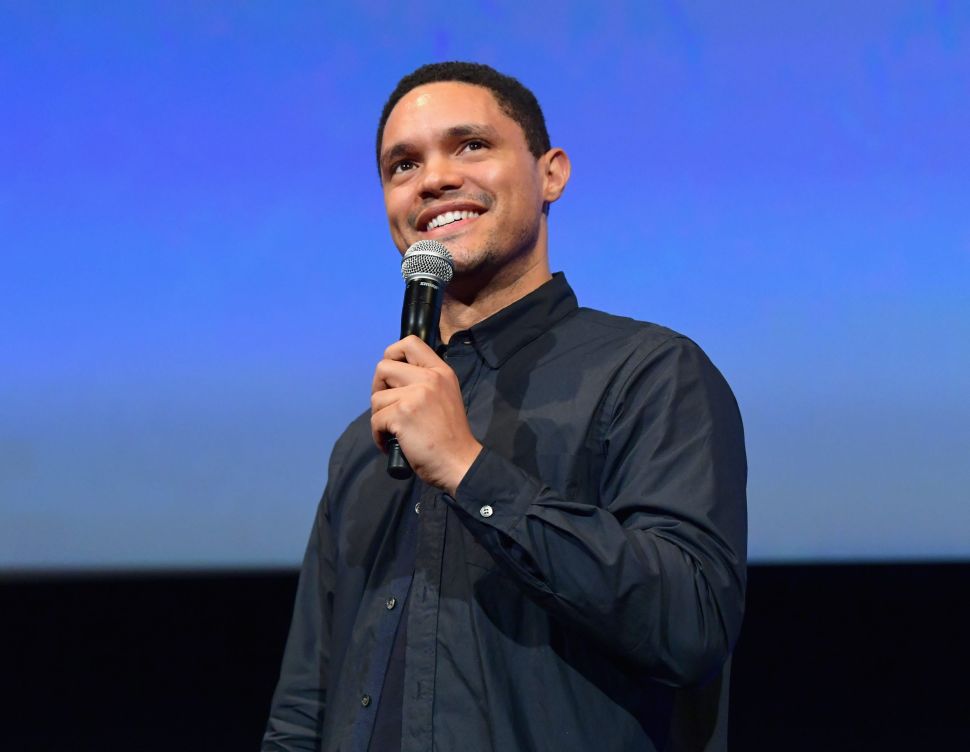