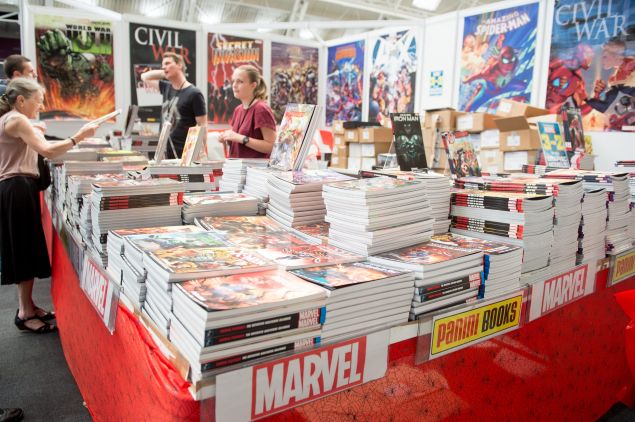 Within the Marvel comic book universe, artist and illustrator Greg Land has been accused for years of creating his artwork by tracing photographs and disrupting the storytelling of comics with ill-conceived art. Now, illustrator Tristan Jones has taken to Twitter to make the allegation that Land may have traced his artwork for an upcoming Marvel comic about the Alien franchise. “Been stewing on this all night: I’m 100% sure I’ve been Greg Landed,” Jones wrote. “I saw this on IG and recognized the hands right away. Then the rest. Photoshop’s snap function even locked my work in when I put it over his. Am I crazy?” Respondents to the original tweet sent by Jones were also quick to corroborate the artist’s theory.

Been stewing on this all night: I'm 100% sure I've been Greg Landed.

His cover for Marvel's upcoming omnibus + my drawings.

I saw this on IG and recognised the hands right away. Then the rest. Photoshop's snap function even locked my work in when I put it over his

“I don’t know Greg, and I’ve seen people say he’s a lovely guy, but you’d be hard pressed to convince me this isn’t largely comprised of my own drawings,” Jones told Observer via email on Wednesday. “Quite frankly if that’s the case, it’s insulting that, as someone who lost potential work opportunities as an Aliens and Predator artist at Dark Horse right up to the license being taken away by Marvel, the first piece of ‘new’ shelf-ready art out of Marvel is essentially my work with a different head stuck on it, but Greg’s collected the check.”

Jones also added that this alleged infraction is particularly hurtful to him because of the employment position he finds himself in currently. “I’m working a day job down here in Melbourne, Australia (where our prime minister has literally just officially announced a recession because of COVID-19’s economic fallout),” Jones said. He makes ends meet by drawing after hours “so I can maybe get back to being financially secure enough to go back to full time illustration and writing.” To then find his work had been copied, was, as he described it, “infuriating.”

Although Jones said he hadn’t reached out to Land, and Marvel hasn’t officially commented on the matter, it’s unsettling to think artistic theft on such a mainstream stage could go unchecked.