At the beginning of lockdown, binge watching Tiger King was our way of coping with the elongated passing of endless time, and our way to mourn the elimination of live events and activities. But now, maybe in our tenth episode of Selling Sunset, and 25 seasons deep into rewatching Survivor, we might all be collectively at our breaking point with trash TV. Sadly, in-person events are still far from returning. But, now that the world is in month 5? 6? 13? of readjusting to life under COVID-19, many ballet and opera companies have developed creative ways of bringing art to audiences virtually. So, finally, maybe, we can watch something stimulating and moving and creative in between our episodes of mindless reality television. From live streams to pre-recorded performances, here are some of the highlights from the dance and opera world’s 2020 virtual fall season.

The Joyce Theater has been hosting a streaming season of performances throughout the lockdown. The last performance of their series will be from Complexions Contemporary Ballet, performing artistic director Dwight Rhoden’s lively Bach 25. Set to the music of Johann Sebastian Bach and Carl Phillip Emanuel Bach, the piece is “a festive, athletic, neo-classical work in the signature style of Complexions,” according to the dance company. An energetic performance from some of the industry’s strongest dancers, this is not to be missed. The piece will be available on The Joyce website from August 27 through September 8.

Over the last few months, the Guggenheim has transformed their popular Works and Process series of performances into a fully virtual program, commissioning a variety of artists to create brief, five-minute videos that are then posted online via Facebook, Instagram and YouTube. Recent highlights have included a short dance film by New York City Ballet dancers Joseph Gordon and Adrian Dachig-Waring and a short new piano duet from composer Nico Muhly and pianist Adam Tendler. Its latest premiere is a creation by tap dancers Carson Murphy and Nicholas Van Young—both company members of the esteemed Dorrance Dance.

Unless you live under a rock devoid of pop culture, you’re likely aware that it is the 20th anniversary of the release of the world’s best dance film/early-aughts time capsule: Center Stage. American Ballet Theatre is celebrating this momentous year with a reunion that will stream live on YouTube at 7:30 p.m. on September 1. Stars of the film Zoe Saldana, Amanda Schull, Ethan Steifel and Sasha Radetsky are all slated to appear.

Since 2011, Lincoln Center and Buglisi Dance Theater have partnered up to present the Table of Silence Project 9/11, a free public performance ritual for peace conceived and choreographed by Jacqulyn Buglisi. In years past, the piece has typically involved more than 150 dancers slowly descending onto Josie Robertson Plaza to call for peace on the anniversary of 9/11. This year, Jacqulyn Buglisi is creating a new Prologue in which 24 dancers from the NYC community will perform live, encircling Lincoln Center’s Revson Fountain along with electric violinist Daniel Bernard Roumain and spoken-word poet Marc Bamuthi Joseph. The socially distanced performance will be live-streamed on LincolnCenter.org and Lincoln Center’s Facebook page, beginning at 7:55 a.m. on Friday, September 11, 2020, and concluding at 8:46 a.m., the time the first tower was hit on 9/11/01. It will be followed by welcome remarks from industry leaders, a new world premiere film featuring dancers from around the world and a screening of 2019’s Table of Silence performance.

Heartbeat Opera is the cool alt-kid of the New York opera scene. They’re known for their boundary-pushing repertoire and progressive focus that’s sadly often lacking in opera (past shows have included such works as Dragus Maximus: A Homersexual Opera Odyssey and a Black Lives Matter–centered version of Fidelio that collaborated with 100 incarcerated singers). As part of their all virtual upcoming season, they will be presenting The Secret Sauce—a series of seven online soirees. The events will include guest panelists, archival videos, behind the scenes stories and live musical performances previewing the company’s upcoming 2020-2021 season. It’s a rare opportunity to get to know the opera company from beyond the audience perspective and to learn about just how exactly Heartbeat stays one of the most unique and cutting edge troupes in the industry.

Part of Baruch Performing Arts Center’s Fall 2020 season (though it was meant to be shown live in spring) DWB (Driving While Black) is a chamber opera with music by Susan Kander and libretto by Roberta Gumbel. The opera is a powerful music-drama that tells the tragically familiar story of an African American parent who is stricken with anxiety as their son approaches driving age. Gumbel, a soprano, also performs this piece, which streams via Baruch’s website from September 23 to 29.

Since theaters shut down in mid-March, institutions like New York City Center have been trying to find creative ways to continue to bring art to the masses. City Center’s Great American Ballerina series has been connecting audiences to professional ballet stars with intimate glimpses into a dancer’s studio work and creative process. Their final installation in the series will stream on September 30 on City Center’s website and will feature Misty Copeland, American Ballet Theatre’s first African American principal ballerina, revisiting Juliet’s solo scenes in Act Three of Kenneth MacMillan’s Romeo and Juliet alongside international ballet star Alessandra Ferri.

In late April, HERE Arts Center premiered All Decisions Will Be Made By Consensus, an opera performed entirely on Zoom. The creators of this piece return with another virtual tour de force: Only You Will Recognize The Signal. With libretto by Rob Handel, the serial opera composed by Kamala Sankaram and directed by Kristin Marting follows a group of space travelers who have been unfrozen from a therapeutic hypothermic state before they arrive at their destination. The piece will be presented in weekly 10-minute live revelations over eight weeks from Friday October 2 to November 13, culminating in an 80-minute world premiere livestream on November 18th at 7 p.m.

Typically one of the most highly anticipated seasons in the performing arts, the Metropolitan Opera has had to cancel their fall season. In its stead, the world-renowned opera company has launched its Met Stars Live in Concert series, a pay-per-view series of live concerts streaming from around the world featuring the best and brightest stars of the art form. The performance on October 10 features Anna Netrebko, one of the few great eccentric divas. Typically these performances see the stars singing from an opulent or unusual location. Netrebko was meant to appear from the Liechtenstein Palace in Vienna, but that appears to now be TBD, adding an element of intrigue to what was already sure to draw opera devotees from around the world.

The Washington Ballet is one of the few ballet companies navigating how to safely keep their dancers in the studio, and not just on a screen. For their 2020-21 season, TWB has developed their Create-in-Place initiative, where dancers have been divided into four isolated “pods” of roughly 10-12 dancers, each with an in-house choreographer lead. The four choreographers creating original premiere works are Helga Paris-Morales, Xiomara Reyes, Andile Ndlovu and Tamas Krizsa. The four works will be recorded and two will be digitally debuted in late October, the other two in early 2021. This is one of the more creative approaches to a pandemic-restricted ballet season, and is sure to produce innovative results. 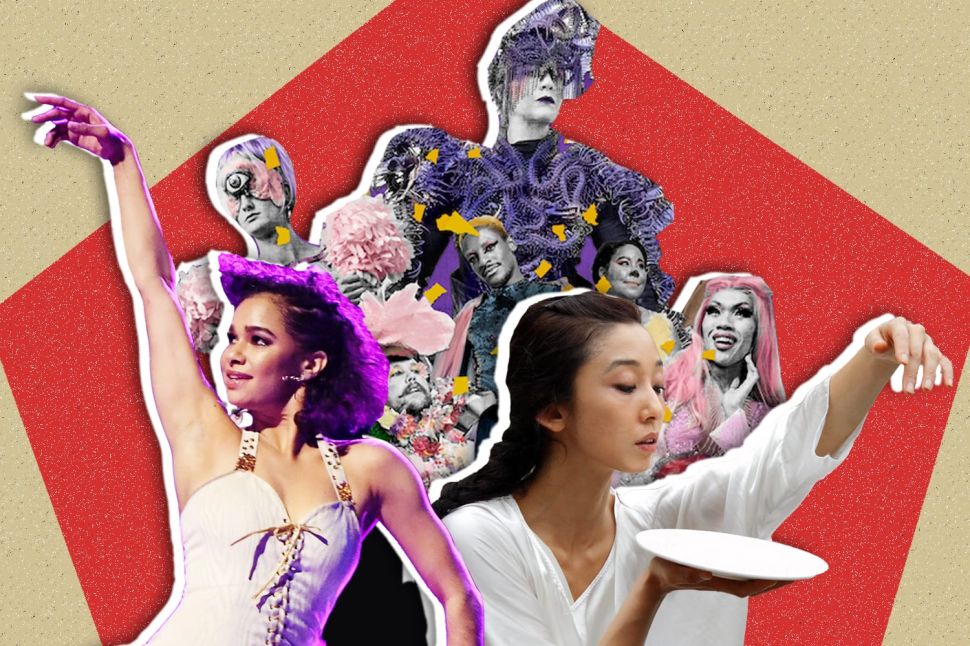