Daphne de Jong learned to fly a plane before she could drive a car. And her job today at self-driving software maker Waymo is to make sure that very soon no one has to ever drive again.

de Jong is an aerospace engineer by training and an adventurer by heart. Having flown planes (including commercial jets) since the age 16 and climbed the world’s most dangerous mountains (she summited Mount Everest in May 2019), she understands better than most of us the consequence of risk and how to prevent it.

“It’s all about safety. It doesn’t sound very sexy, and I know that,” she said of the similarities between aviation and building self-driving vehicles.

In a recent interview with Observer, de Jong revealed the boringly rigorous process of how Waymo builds up its autonomous driving system and whether the people who build it really trust it. Also, you’ll be surprised what her favorite type of mountain climbing is.

From an insider’s perspective, how far do you think are we from self-driving on open roads, provided that regulation is not a problem?

We are already operating on level 4 autonomy, which is full self-driving in urban areas. We have the Waymo One program in Arizona where we have a ton of customers who use our service on a daily basis. So I would say we already have self-driving cars on public roads. It’s a question of how fast we can expand existing service to reach more people.

Consumer surveys have shown that the majority of Americans are still quite suspicious about autonomous driving technology. For example, an AAA survey last year found that 70 percent of Americans were afraid of riding in a fully self-driving car. Since you work directly with people who build the “minds” of autonomous cars, how confident do engineers feel about the technology at its current stage? Will you let a car drive you?

Interesting question! I think it will depend on who you ask and what part of software development they work in. Overall, Waymo engineers have quite some confidence in our software’s safety level, because they are evolved in the entire process and the level of transparency is very high.

We rigorously test our technology. I think we’ve done a good job in simulations, which is a key part of autonomous cars, drones and really everything that drives itself.

We run massive amounts of simulations on new features in order to understand their safety impacts. We’ve driven 15 billion miles in simulation. That’s a huge number by industry standard. We also have a giant test site in California where we stage complex “real world” scenarios, such as driving on roads along with skateboarders or rare scenarios like a pile of garbage falling out of the truck in front of us.”

There’s no incentive for companies like Waymo not to have the highest standard when it comes to safety. So it makes sense to trust us with this kind of thing.

You came from an aviation background. How does your experience and skills as a pilot transfer to building autonomous driving technology?

There’re so many parallels between flying and autonomous driving. As you can imagine, they are both extremely safety-focused jobs. For instance, when you pull specific levers in a moving aircraft, every action is safety-critical. It’s the same thing on the road. There are all these other road users besides the passengers in your car. That’s the level of pressure you do not feel from making other consumer products.

It’s all about safety. It doesn’t sound very sexy, and I know that. To me, what I like most about it is actually that you don’t go from a fully man-operated vehicle to a fully self-driving vehicle overnight. You have to go through a lot of stages, where you evaluate and improve things step by step.

What about mountain climbing? You’ve climbed some of the world’s most dangerous mountains, including the Everest. Do you find similarities between that and what you do at Waymo in any way?

Absolutely. There are so many ways to climb: rock climbing, ice climbing, alpine climbing, mountaineer climbing and so on. What I love most is expedition climbing, where you go somewhere for a long period of time to accomplish a big objective.

Because it’s a long trip, you need to prepare carefully and find the right team. You need to understand the country you are going to, its culture, how much gears and food to bring, whether you need to bring oxygen and how much, and how to train for the climb.

And then there’s team dynamics. I feel much safer climbing with people with whom I feel comfortable admitting that I’ve reached my bar or I can’t do something anymore. It’s important to have that level of honesty and trust. The more we can talk about issues during a project, the better we can prevent them and resolve them when they occur. It’s very similar to the aviation culture and our work culture at Waymo.

What aspects of autonomous driving do you think are the least understood by the public?

I think one of the things we should communicate more to the public is the potentials autonomous cars have. Especially with COVID-19 going on right now, I wish we had autonomous cars in more places so that people don’t have to worry about riding a taxi so much.

And even in normal times, there are 20 percent of people in the U.S. who can’t easily go to places because they are either disabled or are not fully capable of driving. Self-driving will provide a great solution there. That’s just one example. 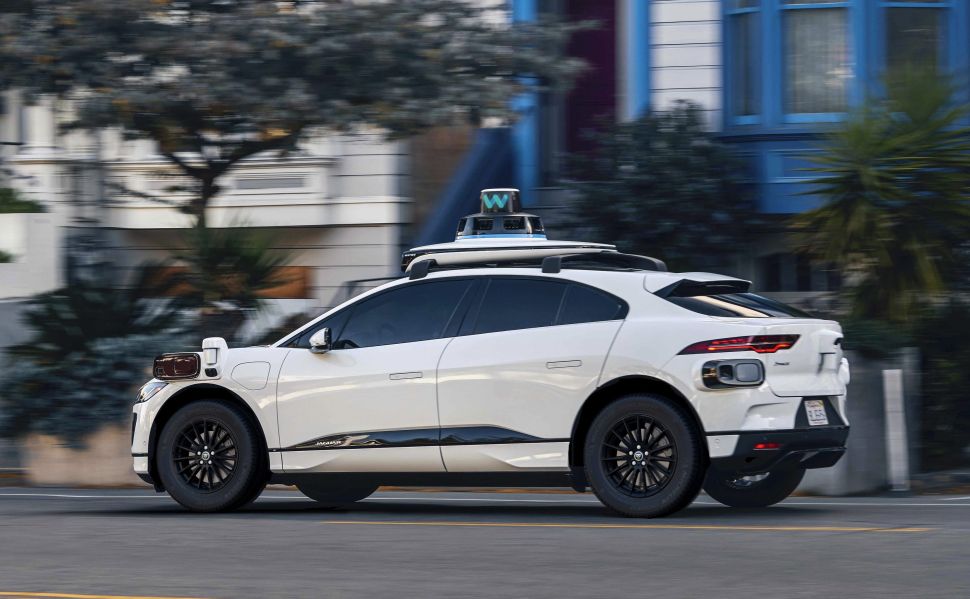