On Friday, the Department of Commerce announced that President Donald Trump’s August executive order to ban U.S. transactions related to Chinese apps TikTok and WeChat will take effect on Sunday, September 20th. Despite strong opposition from both the apps’ users and major American businesses, the Trump administration is determined to slap the ban on time as the deadline approaches.

As relayed in a memo released by Secretary of Commerce Wilbur Ross, WeChat and TikTok must be removed from all mobile app stores in the U.S. effective Sunday. Additionally, all cash transactions via WeChat will be banned within the U.S. on the 20th, as well.

The order will prohibit any U.S. servers or platforms from facilitating the function of WeChat starting Sunday. TikTok will have until November 12 before these terms kick in, allowing the app’s parent company, ByteDance, some more time to work out a merger deal with Oracle.

“Our rule is not doing the same thing to WeChat as to TikTok,” Ross explained on Fox Business on Friday. “Americans will still be able to use WeChat for payments in China. WeChat U.S. for all practical purposes will be shut down.”

WeChat has more than 1.2 billion users globally, with the vast majority based in mainland China. While WeChat’s international users count for less than 10 percent of its total user base, the app is an essential tool for Chinese people living overseas to connect with family and friends in China. It’s also widely used by multinational companies to communicate with their staff and clients in China. In the US, 19 million people use WeChat.

Theoretically, U.S. users will be able to use a few alternative messaging apps if WeChat is fully banned, including Telegram, Line, Signal, and Facebook’s WhatsApp.

But the fact that most of these apps are inaccessible in mainland China without a VPN makes it unclear how practical they will be to Chinese users living across the border. Complicating matters even further is the reality that getting a reliable VPN in China is a constant hide-and-seek game, as the Chinese government routinely cracks down on popular VPN providers.

Another option is to use a VPN to download WeChat in the United States. There are a number of VPNs devoted to WeChat alone, including PureVPN. Other broadly used VPN include ExpressVPN, NordVPN, and Surfshark.

Soon, WeChat Apps Will Be Useless

Earlier this week, the Department of Justice assured existing WeChat users that their app use would not be affected by Trump’s executive order. They also promised that people who use the app “to convey personal or business information” with others “will not be targeted or subject to penalties.”

Still, Friday’s announcement appears to apply more broadly. The administration is aiming to cut off access to developer tools and software updates in the U.S., which means that older versions of WeChat on Amerian phones could soon be rendered useless. The administration is also banning internet hosting services and other vital elements of infrastructure that WeChat needs to reach American users. 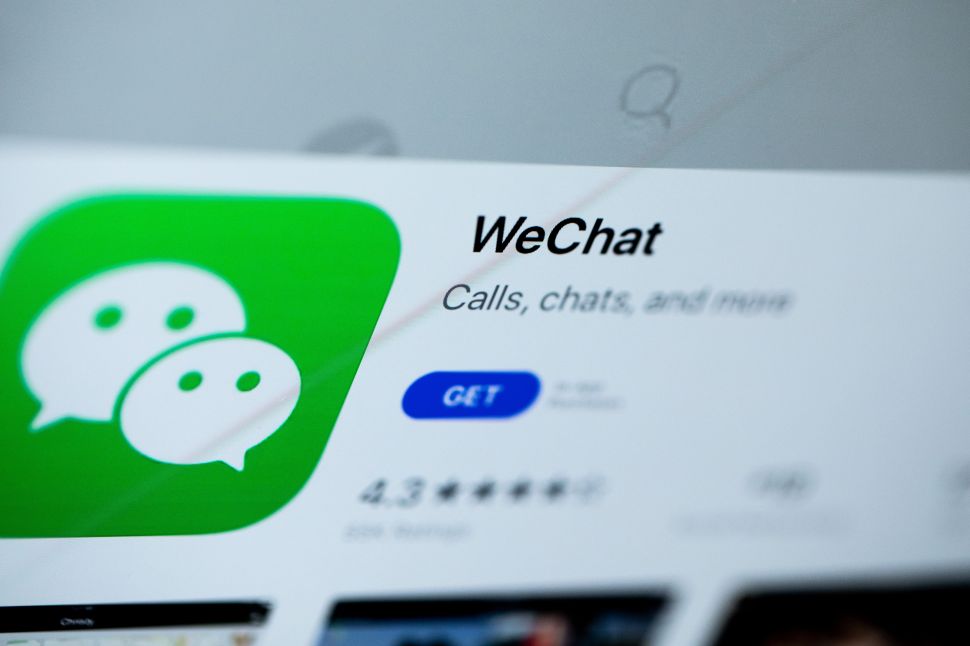